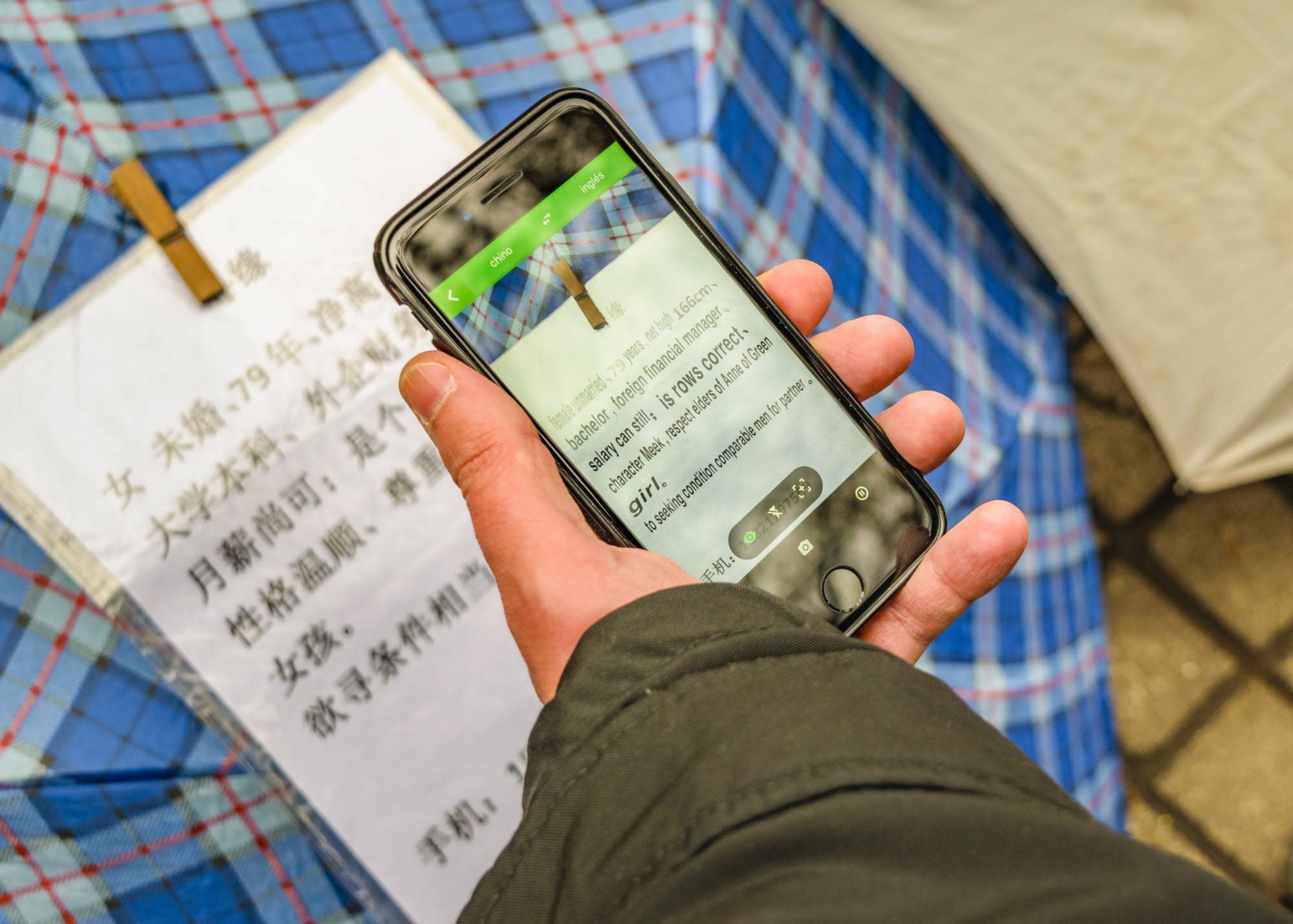 Google Translate's instant camera feature will now make translating a foreign street sign as easy as aiming your phone -- even if your native language isn't English. The company today unveiled a set of new updates to its translation tool, including the ability for instant camera to translate between any of more than one hundred languages supported by Google Translate. In other words, English no longer needs to be one of the languages used. This means users can translate from Bengali to French, or from Catalan to Polish or many other combinations.

All told, there are 60 new languages in its list of supported languages for instant camera, including Arabic, Hindi, Malay, Thai and Vietnamese. This adds up to a grand total of 88 languages users can translate from by pointing their camera's lens at the text. From these 88 source languages, users can translate into more than 100 different output languages. In addition to the instant camera, Google Translate can translate using voice, handwritten or typed text and images. But not every language has support for every feature. You can check out a full list of which languages support which feature here.

For the first time, Google Translate will also be incorporating neural machine translations (NMT) into the instant camera. The technology -- already in use in Google's Lens tool -- is supposed to reduce translation errors by more than 55 up to 85 percent in certain language pairs. Though NMT will work with or without WiFi, it's particularly effective when your device is connected.

A new autodetect feature will be particularly helpful for those who go off the beaten path. For example, let's say you're on a road trip in Spain and aren't sure whether the sign you're looking at is in Catalan, Galician or Basque. In the updated version of the app, you can select "Detect language" as the source language and it will automatically translate the text of the sign into the language of your choice.

In the past, translated text on the instant camera would often flicker when viewed on your phone. Google says the update should fix this issue. In addition, the instant camera's interface has been redesigned. Google Translate's three camera functions will now be front and center at the bottom of the app.

Google Translate's new instant camera will begin rolling out to about one percent of users today, with full availability coming in the next few weeks.

In this article: google, google translate, instant camera, internet, neural machine translations, nmt, tomorrow, translation, travel
All products recommended by Engadget are selected by our editorial team, independent of our parent company. Some of our stories include affiliate links. If you buy something through one of these links, we may earn an affiliate commission.