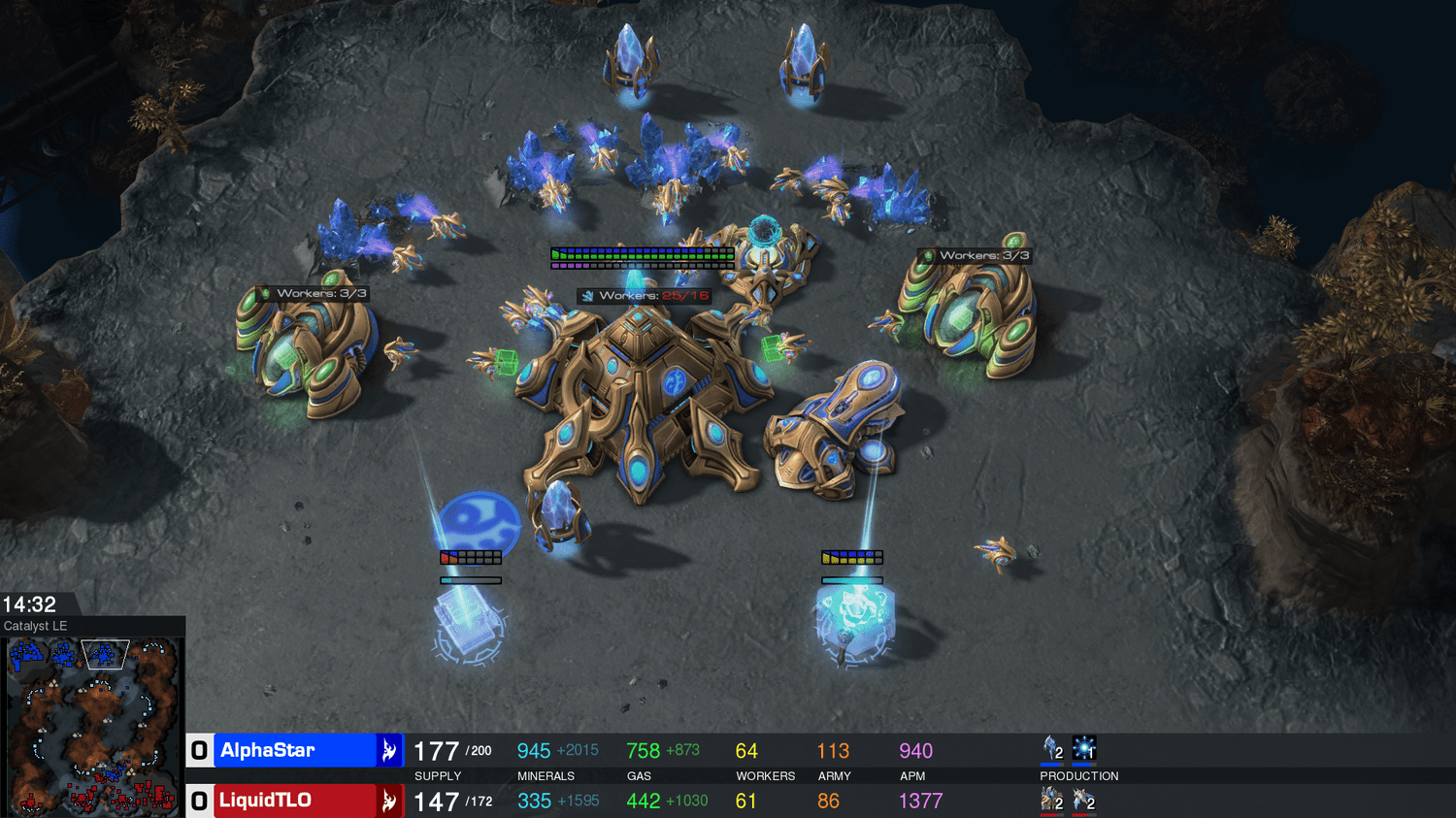 Players will soon get a chance to battle it out with DeepMind's Starcraft II AI. Alphabet and Blizzard will test AlphaStar in a small number of public matches. It'll be a Herculean task for the human players, to put it lightly. The AI has the accumulated knowledge of 200 years of playing Starcraft II, and earlier this year beat a team of professional players 10-1. So, for the average gamer, the odds of beating AlphaStar are laughably impossible -- but it'll be fun to watch.

For now, only a small number of players in Europe will be able to participate, and it'll be a completely blind trial. In other words, players will have no idea they've been matched with AlphaStar. This will help ensure that all games played against the super-powered AI are being played under the same conditions. Winning or losing against AlphaStar will affect a player's MMR, as normal.

In order to opt-in to play against AlphaStar, you can click the "opt-in" button on the in-game pop-up window. If you ever change your mind, you can select the "DeepMind opt-in" button on the 1v1 menu. AlphaStar will play in the latest version of StarCraft II, and will play either as or versus Terran, Zerg or Protoss. Players will be paired according to normal matchmaking rules.

The experiment is a part of DeepMind's "ongoing scientific research into artificial intelligence," and the results will eventually be released in a peer-reviewed scientific paper. The replays of the matches will also be released. For a demonstration of how AlphaStar works, check out the video by DeepMind below.

In this article: ai, alphabet, AlphaStar, av, blizzard, deepmind, DeepMindLab, gaming, internet, starcraft 2, starcraft II
All products recommended by Engadget are selected by our editorial team, independent of our parent company. Some of our stories include affiliate links. If you buy something through one of these links, we may earn an affiliate commission.