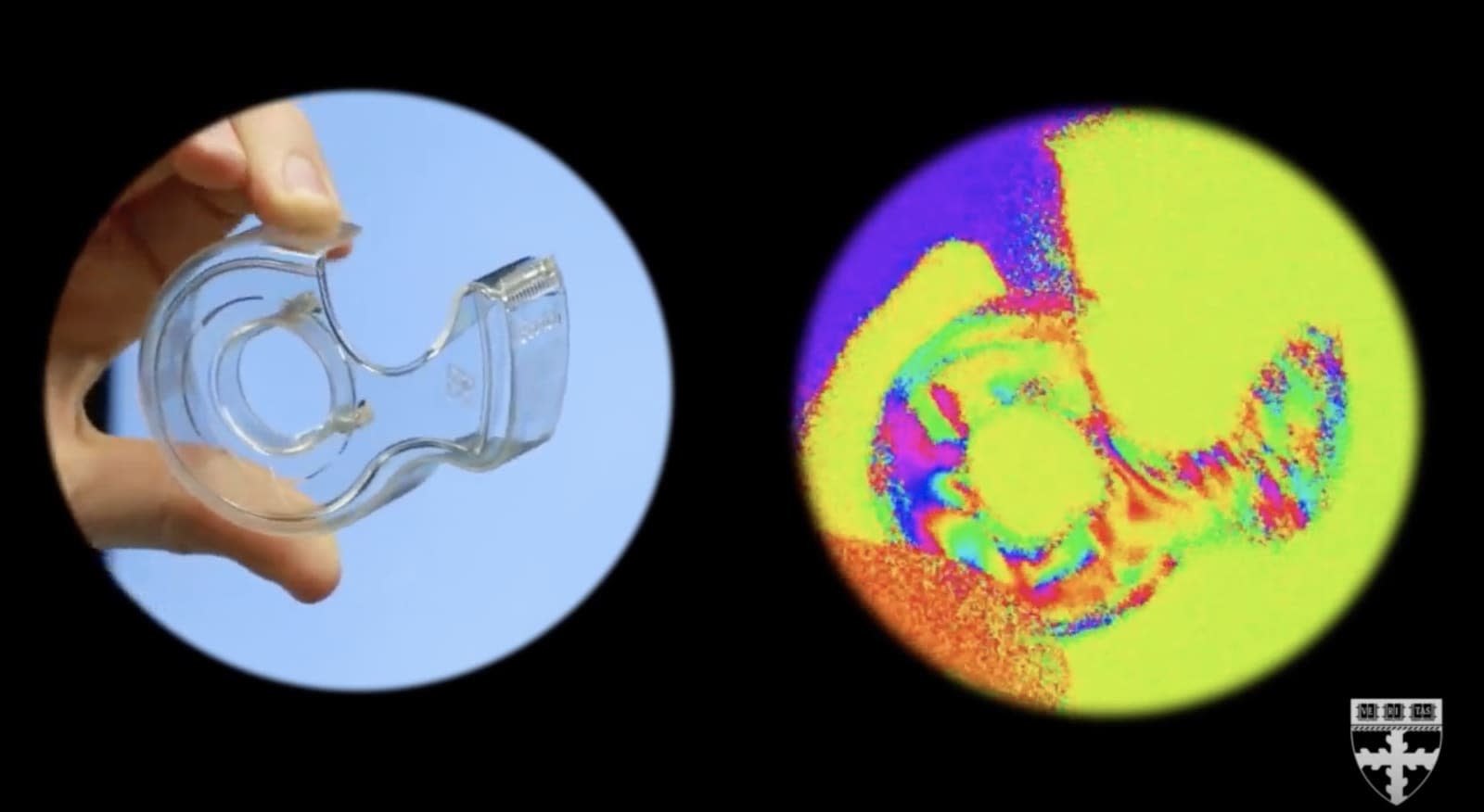 Shrimp and insect species that can see polarized light experience the world in a much, much different way than we do -- just take look at the image above to see what we mean. The only way we can get a glimpse of their polarized world is through devices like cameras, but polarization cameras are bulky and pricey at this point in time, limiting their potential applications. Harvard's portable and compact camera that can image polarization in a single shot, however, could change all that.

Paul Chevalier, one of the co-authors of the study published in Science, explained how polarization can help us:

"Polarization is a feature of light that is changed upon reflection off a surface. Based on that change, polarization can help us in the 3D reconstruction of an object, to estimate its depth, texture and shape, and to distinguish man-made objects from natural ones, even if they're the same shape and color."

Unlike the big and bulky polarization cameras used today, the one developed by researchers at the Harvard John A. Paulson School of Engineering and Applied Sciences (SEAS) is about the size of a thumb. And even with a lens and a protective case, it's just as big as a small lunchbox. The researchers used nanoscale structures to design a device small and uncomplicated enough to be incorporated into existing imaging systems, such as the one on your phone.

They believe it could be used on autonomous vehicles to give them a boost in terms of being able to detect objects on the road. It could also be used to give planes and satellites the ability to detect camouflaged objects or to distinguish between man-made and natural structures. Simply put, they believe their research is a game changer and that their camera could enable the widespread adoption of polarization imaging.

In this article: gadgetry, gadgets, gear, harvard
All products recommended by Engadget are selected by our editorial team, independent of our parent company. Some of our stories include affiliate links. If you buy something through one of these links, we may earn an affiliate commission.