A Porsche 911 is, by design, a pure sports car. Since 1963, the automaker hasn't deviated from building exciting two-door sportscar rockets. But not all of the 911 community is satisfied with what comes out of the factory in Stuttgart, Germany.

That's where Vonnen comes in. The aftermarket component-maker is a new company (albeit an offshoot of third-party Porsche part-maker Elephant Racing) that has one product -- but it's a doozy. The company has created a hybrid system for 911, and it's not for better gas mileage.

The Shadow Drive system adds a whopping 150 horsepower and 150 pounds of torque to whatever 911 it's installed in. I got a chance to get behind the wheel of the development vehicle, and I was impressed by the results.

The first vehicle the company put the Shadow Drive in was the 911 Carrera, the vehicle with the least amount of power in the lineup. The car's 350 horsepower shouldn't be dismissed, but it's far less than a GT3. The reasoning was that this car would have the largest perceivable power boost when driving.

I can't comment on that without driving the modified GT3, but I can say that the addition of the Shadow Drive threw me back in my seat more times than I could count. On mountain roads in Northern California, I'd hit the accelerator and a high-pitched whine would accompany a surge in power as the Shadow Drive spun up.

It's a bit like a turbo, without the lag and more power. It's good. It's very, very good. 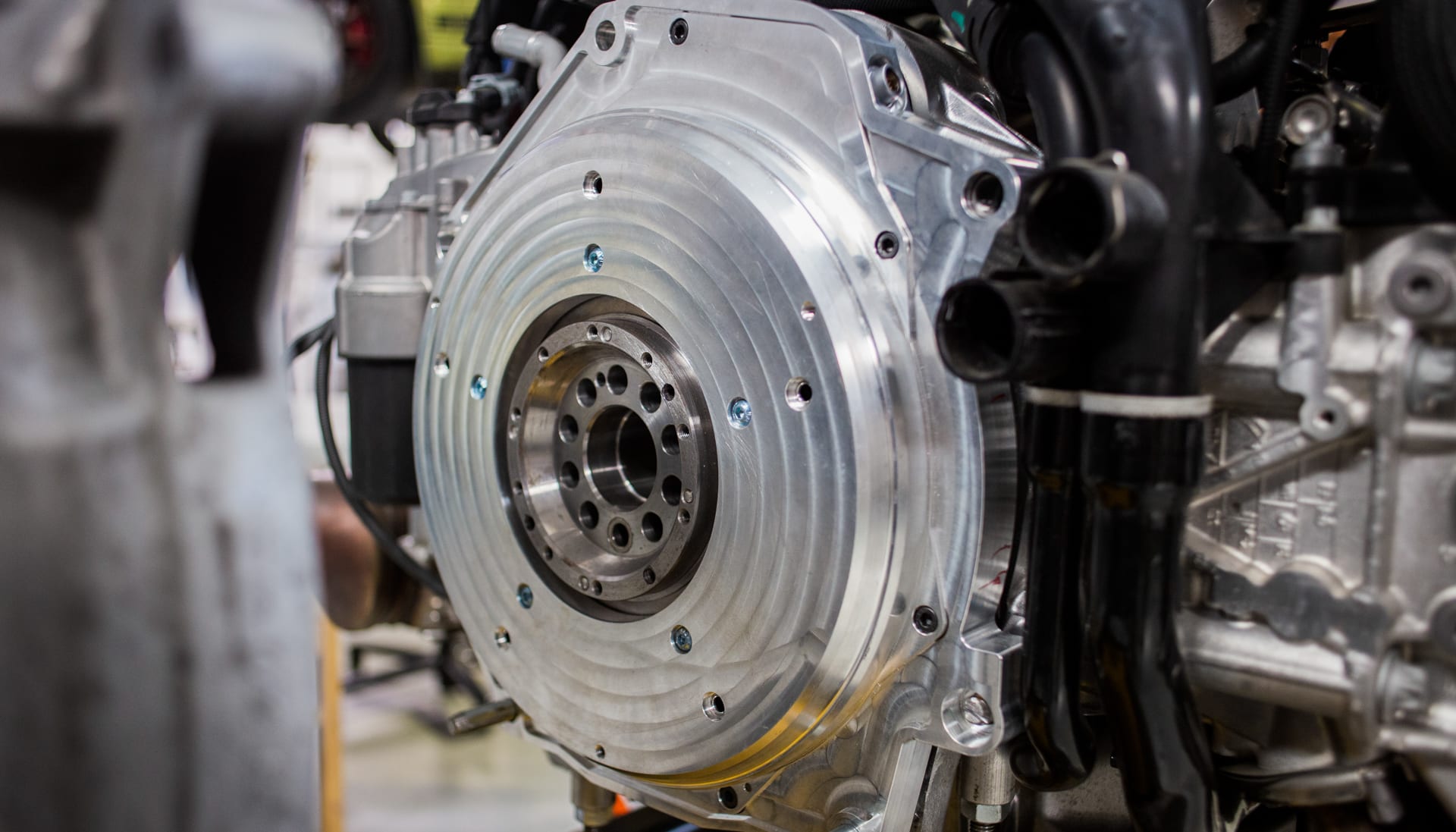 Vonnen has a clever solution to making the Shadow Drive a reality. It stuck the pizza box-sized EV motor between the engine and transmission. The element replaces the stock flywheel (it helps start the car and smoothes out the connection between the transmission and engine) and the starter. The electric motor takes care of bringing the car to life.

It's not a perfect fit though. The Shadow Drive requires the transmission to be moved back about an inch (25mm). So Vonnen had to fashion a custom mount to make up the difference. But the trade-off for that space is a lot of power.

Feeding that motor is a battery pack situated in the front luggage compartment while the controller is placed behind the rear seats. On the development Carerra, it's visible through the rear window. But Vonnen says that it can place the unit wherever the owner wants. So you can have the additional power of the Shadow Drive and your friends down at the Porsche club would be none the wiser.

All in all, the system adds about 170 pounds to the car. That's factoring in the removal of the stock flywheel and starter. So about the weight of a passenger. But the tradeoff is remarkable and adjustable. The Shadow Drive system uses a Bluetooth-connected companion app to place it into one of three modes: Street, Sport and Overboost.

These distinct settings adjust how and when the EV motor kicks in. The Shadow Drive is enabled based on how far down the accelerator is depressed. In Street mode, it kicks earlier than the other settings but doesn't offer up all of the EV motor's power. 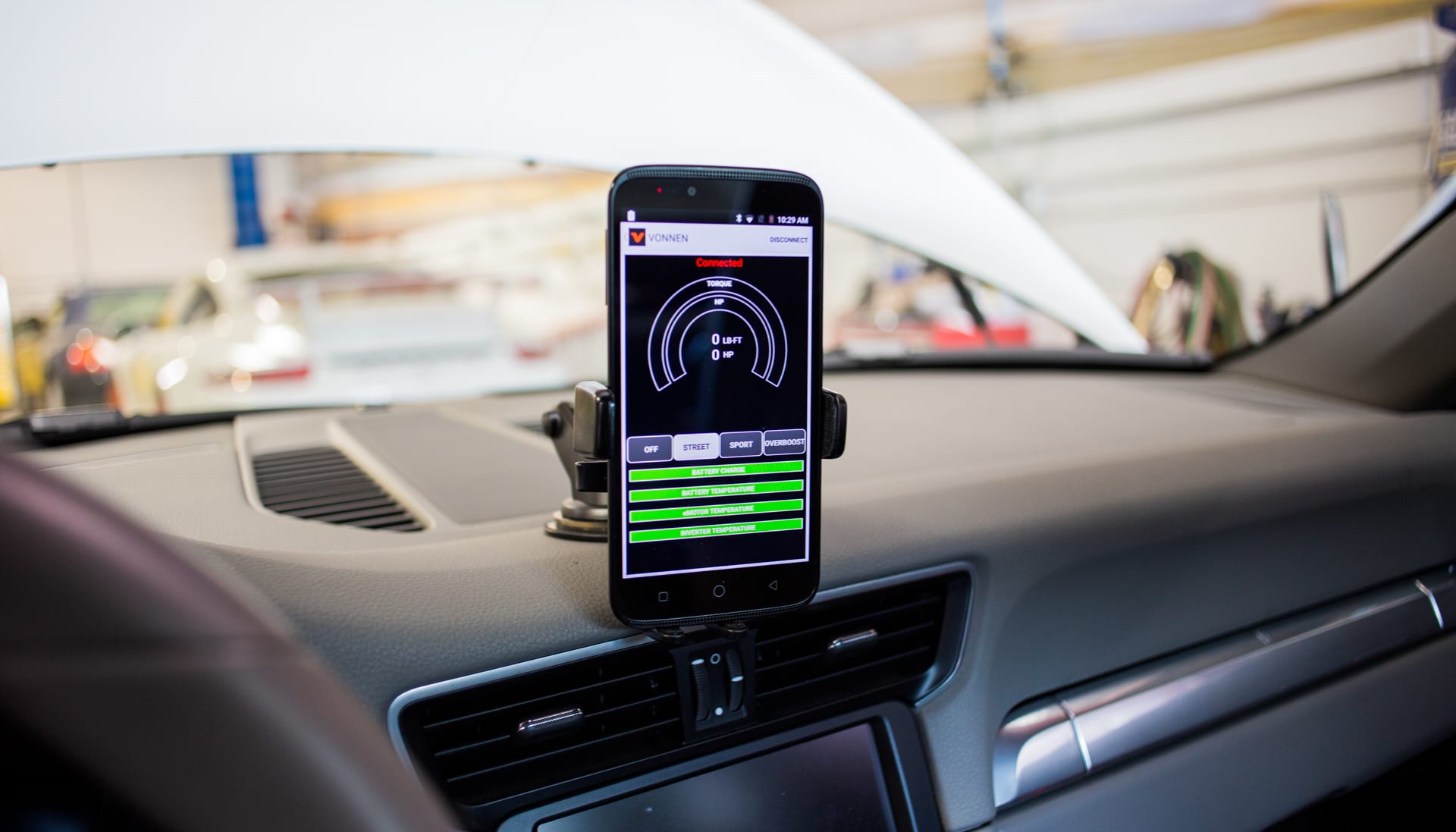 In Sport mode, the system waits a bit longer to kick in, but when it does, it's a huge difference in power. This is the mode most drivers will use when they really want to use the Shadow Drive for a quicker run at the track. Meanwhile, Overboost is a bit like Ludicrous mode. The system goes all out when you slam on the gas pedal. Like Tesla's feature, it's not really meant to be used all the time and it tends to push the motor to its thermal limit and deplete the battery pack.

At least that's what it did in the car I drove. Vonnen says that the Shadow Drive it's manufacturing right now is 30 percent more thermally efficient than what I drove in the development 911. In other words, you can use Overboost more times in a row if you like.

Vonnen has pulled off a pretty ingenious way to add power to an already powerful car. But as with anything related to the 911, it's not cheap. The turnkey solution will set owners back $75,000. CEO Chuck Moreland notes that the Shadow Drive is really for the owners of GT2 and GT3 911s. Folks that are happy to drop large piles of cash to make their fast cars even faster. 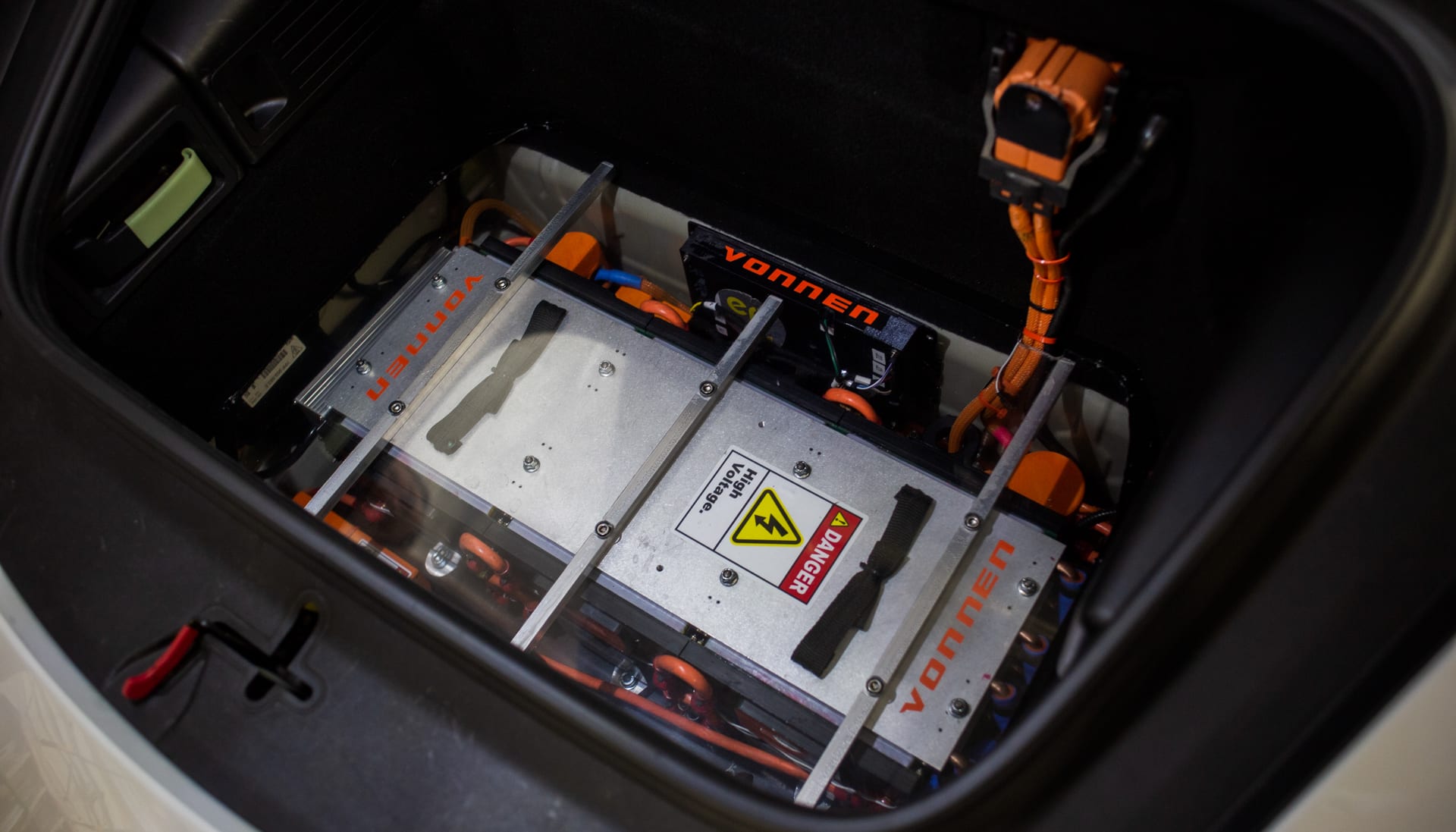 Moreland also said that the Shadow Drive would work in older air-cooled 911s. Although it might have to tame the power output so as not to stress the components of these older vehicles. In all of this Moreland had one goal, "just make it faster."

Sure it's pricey, but Vonnen did exactly that.