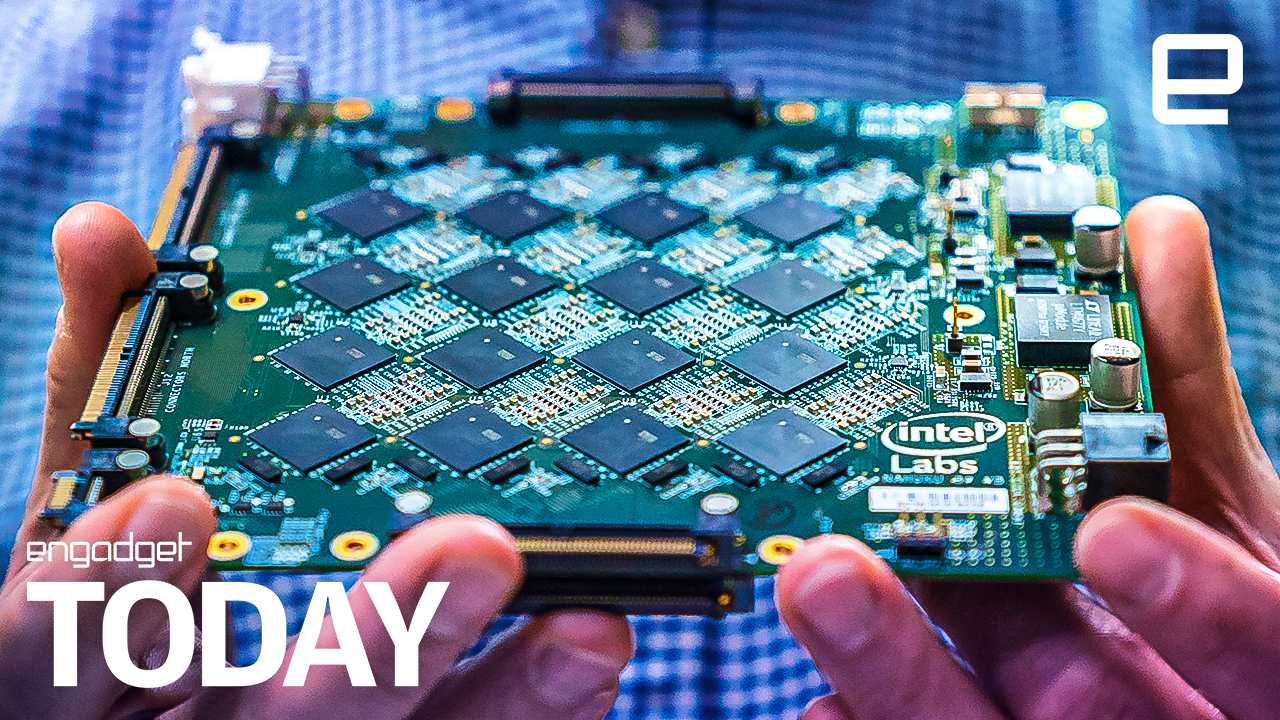 Even though the whole 5G smartphone thing didn't work out, Intel is still working on hard on its Loihi "neuromorphic" deep-learning chips, modeled after the human brain. Now, it has unveiled a new system, code-named Pohoiki Beach, made up of 64 Loihi chips and 8 million so-called neurons. It's capable of crunching AI algorithms up to 1,000 faster and 10,000 times more efficiently than regular CPUs for use with autonomous driving, electronic robot skin, prosthetic limbs and more.

The Loihi chips are installed on a "Nahuku" board that contains from 8 to 32 Loihi chips. The Pohoiki Beach system contains multiple Nahuku boards that can be interfaced with Intel's Arria 10 FPGA developer's kit, as shown above.

Pohoiki Beach will be very good at neural-like tasks including sparse coding, path planning and simultaneous localization and mapping (SLAM). In layman's terms, those are all algorithms used for things like autonomous driving, indoor mapping for robots and efficient sensing systems. For instance, Intel said that the boards are being used to make certain types of prosthetic legs more adaptable, powering object tracking via new, efficient event cameras, giving tactile input to an iCub robot's electronic skin, and even automating a foosball table.

The Pohoiki system apparently performed just as well as GPU/CPU-based systems, while consuming a lot less power -- something that will be critical for self-contained autonomous vehicles, for instance. " We benchmarked the Loihi-run network and found it to be equally accurate while consuming 100 times less energy than a widely used CPU-run SLAM method for mobile robots," Rutgers' professor Konstantinos Michmizos told Intel.

Intel said that the system can easily scale up to handle more complex problems and later this year, it plans to release a Pohoiki Beach system that's over ten times larger, with up to 100 million neurons. Whether it can succeed in the red-hot, crowded AI hardware space remains to be seen, however.

In this article: AI, AOLoriginals, AutonomousVehicles, daily show, DeepLearning, engadget, Engadget Today, engadget video, entertainment, gear, intel, Loihi, Nahuku, PohoikiBeach, Prosthetics, robots
All products recommended by Engadget are selected by our editorial team, independent of our parent company. Some of our stories include affiliate links. If you buy something through one of these links, we may earn an affiliate commission.