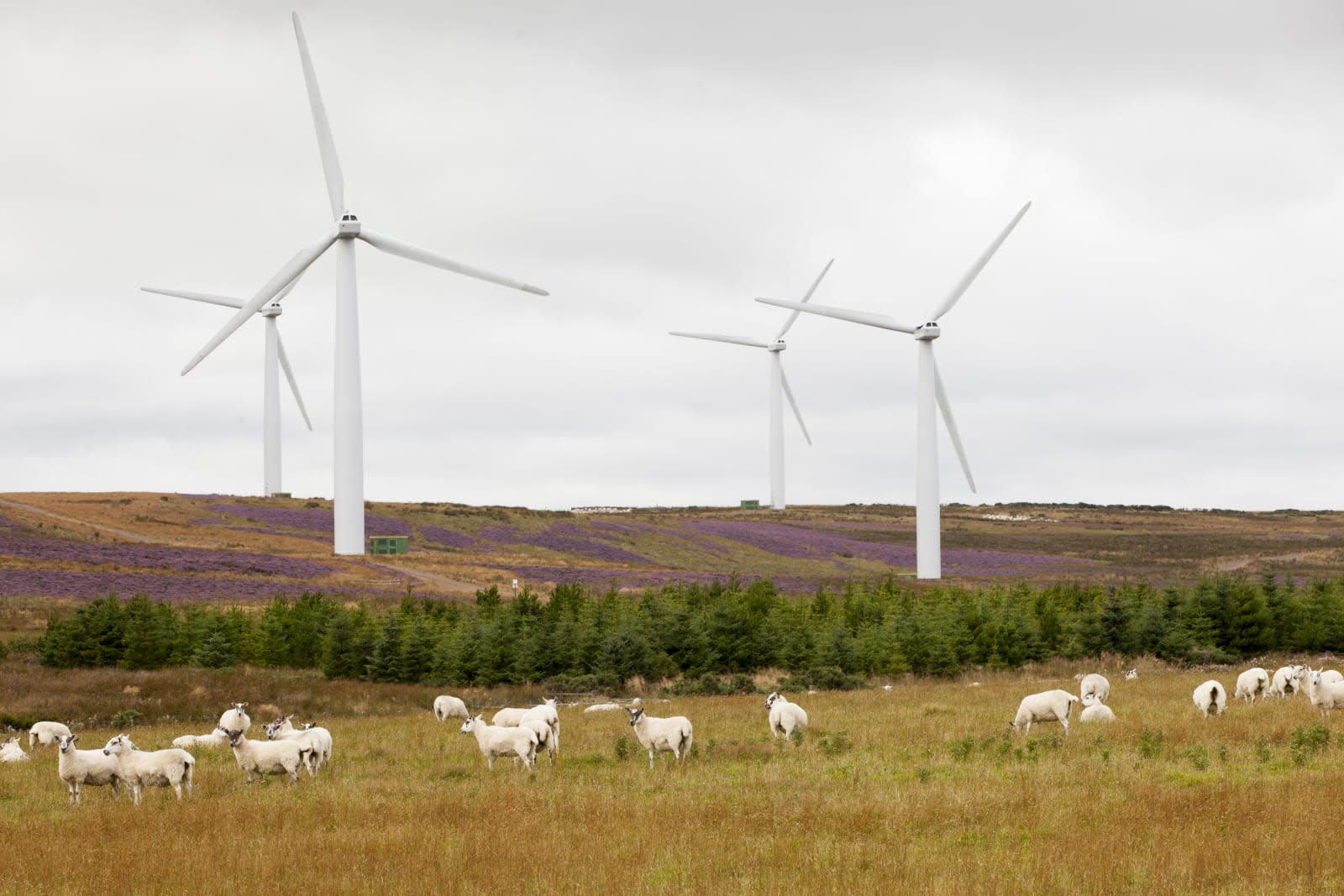 It's no secret Scotland has a lot of wind farms, but it's now clear just how much electricity those turbines can produce. Data from WeatherEnergy shows that Scottish wind turbines generated just over 9.8 million megawatt-hours of electricity between January and June, or enough to power roughly 4.47 million homes -- nearly twice as many homes as there are in Scotland. The operators theoretically have enough excess wind energy to power a large chunk of northern England.

The Scottish government already has plans to clean up its power supply. It hopes to to feed half of its energy consumption with renewables by 2050, and wants to virtually eliminate CO2 emissions from its energy infrastructure by 2050. The new stats suggest the plan is on track and might even be cautious.

The timing is convenient, too. The UK has gradually been weaning itself off coal, and just last May went over two weeks without using the emissions-heavy resource. If Scotland and other locales with an abundance of wind energy can sell their output elsewhere, even those territories without many turbines of their own could reduce their dependence on more harmful electricity sources.

It may be difficult for other countries to follow suit. Like with solar power, wind farms need the right environment to maximize their output. Scotland has the advantage of strong wind patterns, ample coastlines and other natural traits that make energy generation easier, not to mention a relatively modest population size. Even so, this shows that renewable energy is reaching scales that were previously unimaginable, and that it's not outlandish to scrap dirty power in some cases.

In this article: gear, green, renewable energy, scotland, tomorrow, uk, wind energy, wind farm, wind power, wwf
All products recommended by Engadget are selected by our editorial team, independent of our parent company. Some of our stories include affiliate links. If you buy something through one of these links, we may earn an affiliate commission.