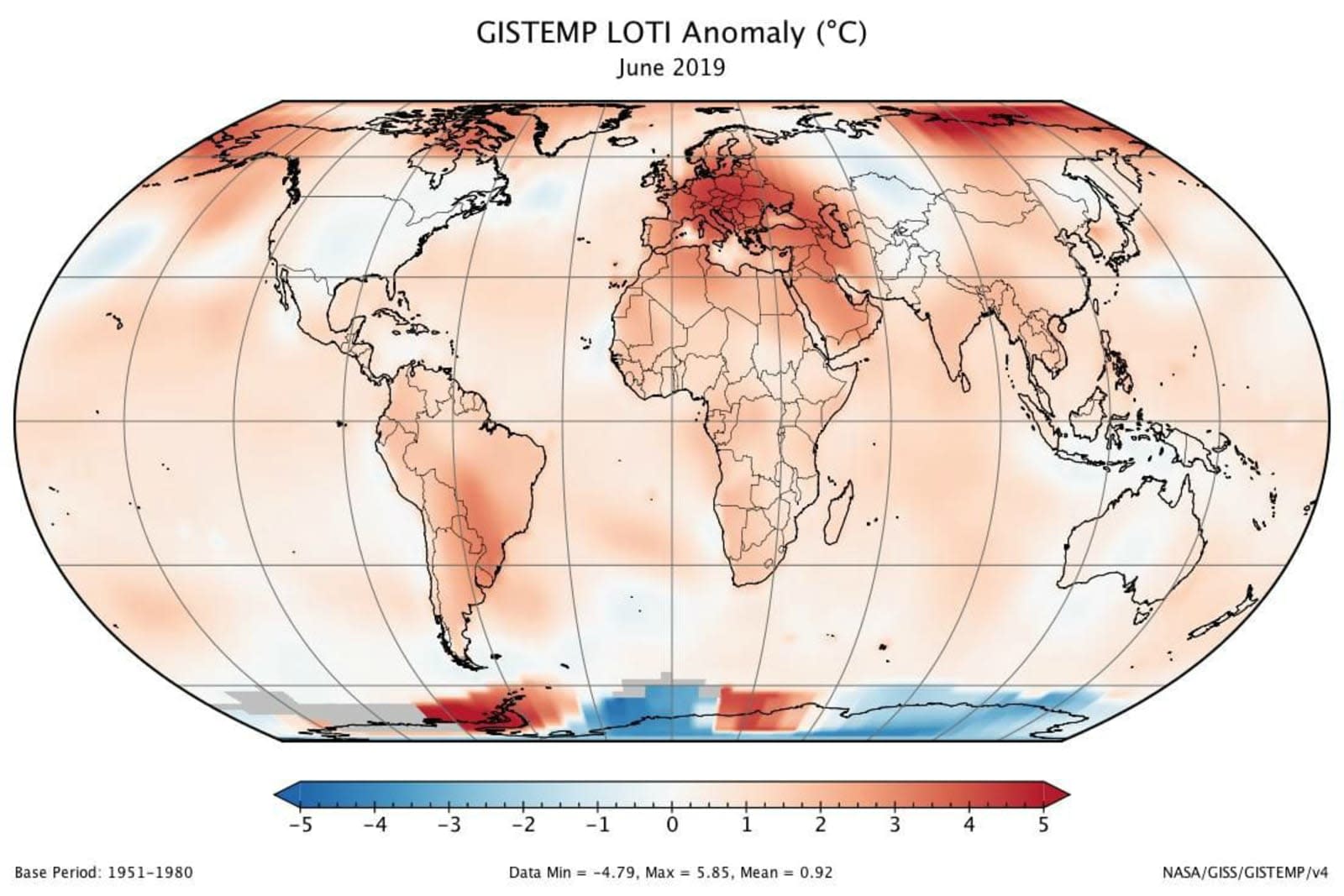 June's temperatures were boosted by a severe heat wave in Western Europe towards the end of the month. Thirteen locations in France recorded their highest temperatures ever, and Gallargues-le-Montueux saw a high of 114.6 degrees Fahrenheit (45.9 Celsius). Now, with a heat wave in the US expanding from the Plains and Midwest to the East Coast, July is on track to snag the title of hottest July on record, too.

Unfortunately, it looks like temperatures will continue creeping up. The US knows climate change is ravaging the planet, and the UN has warned that climate change is worse than we first thought. But we've already built so many power plants, factories, vehicles and home appliances that the emissions from those existing products will heat the planet by more than 1.5 degrees Celsius. We'd have to stop producing those emitters and close power plants before the end of their useful lives to stave off disaster. But with the Trump administration's coal-friendly stance, that looks unlikely.

In this article: climate change, climate crisis, emissions, France, global warming, green, heat wave, hottest on record, july 2019, june, june 2019, nasa, tomorrow
All products recommended by Engadget are selected by our editorial team, independent of our parent company. Some of our stories include affiliate links. If you buy something through one of these links, we may earn an affiliate commission.