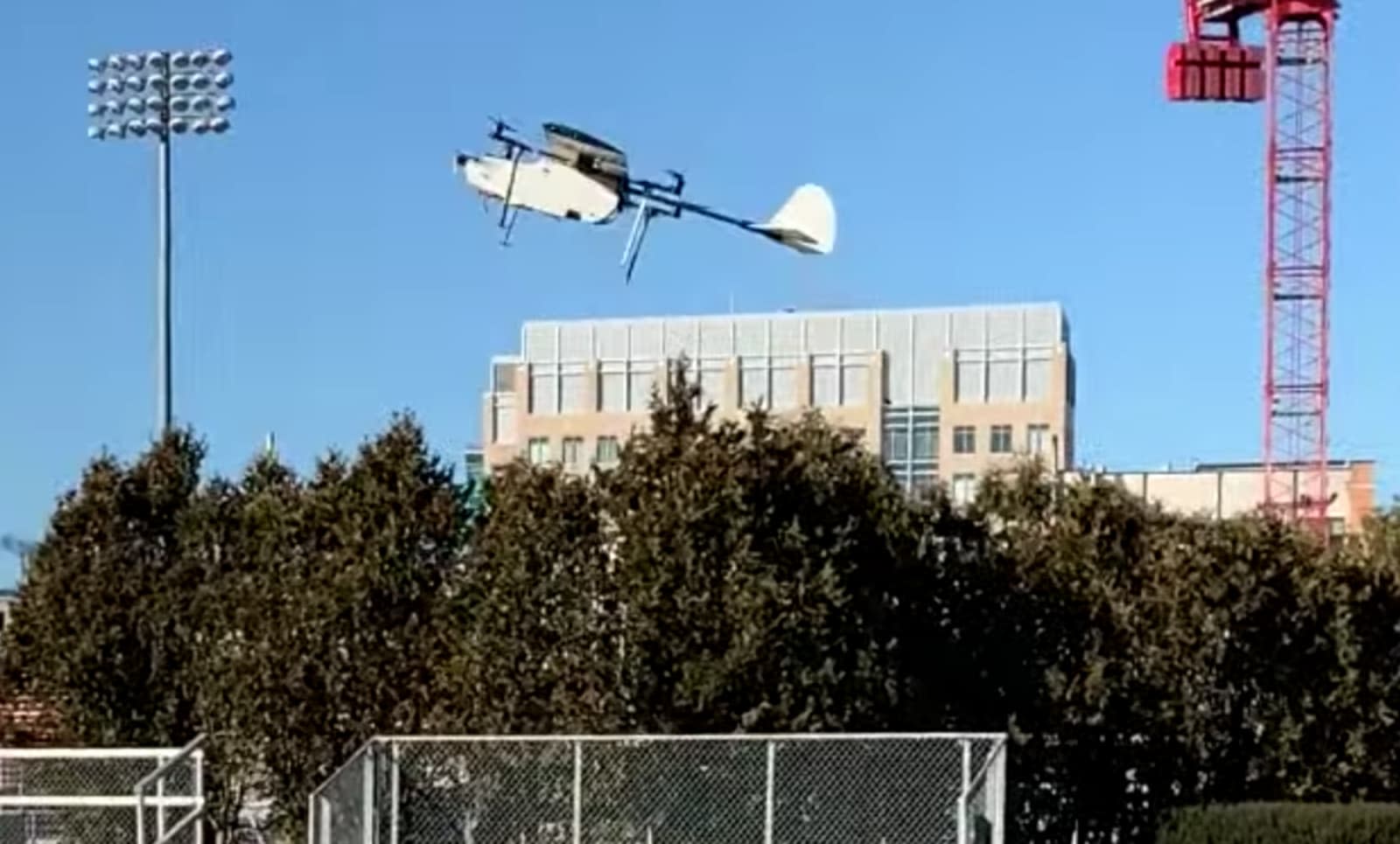 There are two types of drones: fixed-wing models that look like airplanes and multicopters that resemble hovering squares. A group of MIT scientists have designed a new platform that lets users combine the best of both worlds and create their own hybrid, fixed-wing drones. The end result is a drone that can both hover like a helicopter and glide like an airplane.

Such hybrid drones can take off and land vertically like multicopters and are energy efficient like fixed-wing planes -- but there's a catch. Since engineers have to design their control systems from scratch, actually producing the hybrid drones can be both pricey and time-consuming. That's the problem that MIT CSAIL grad student Jie Xu and her team sought to address. "Our method allows non-experts to design a model, wait a few hours to compute its controller, and walk away with a customized, ready-to-fly drone," said Xu, who is lead author of a paper to be presented later this month, in a statement on MIT's website. "The hope is that a platform like this could make more these more versatile 'hybrid drones' much more accessible to everyone."

Typically with hybrid drones, engineers design separate controllers for the helicopter flight mode, the plane flight mode and a "transition mode" that lets pilots switch between the two. Skipping the hassle of manually building three modes, the CSAIL team opted for a method that relies on neural networks to automatically compute a controller. With the design program Onshape, the CSAIL team's system lets users select their drone parts from a data set. The drone's design then gets inputted in a simulator that tests its flight performance.

Researchers often experiment with neural networks in simulations, but such methods often don't hold up in the challenging, physical conditions of the real world. The team at CSAIL hope their approach can help close "the reality gap" between simulation and real flight.

Granted, the CSAIL team's hybrid drones still have some limits; the models can't take into account complex aerodynamic effects between the propeller's airflow and the wings. Also, they can't perform sharp turns. But team will continue to work on its design to perfect its maneuverability. So far, the aircraft have been tested both in a simulation and in the real world, and you can see how the hybrid drones work in the video below.

In this article: CSAIL, drones, fixed-wing, gadgetry, gadgets, hybrid drones, mit, multicopter, tomorrow, uav, UAVs
All products recommended by Engadget are selected by our editorial team, independent of our parent company. Some of our stories include affiliate links. If you buy something through one of these links, we may earn an affiliate commission.