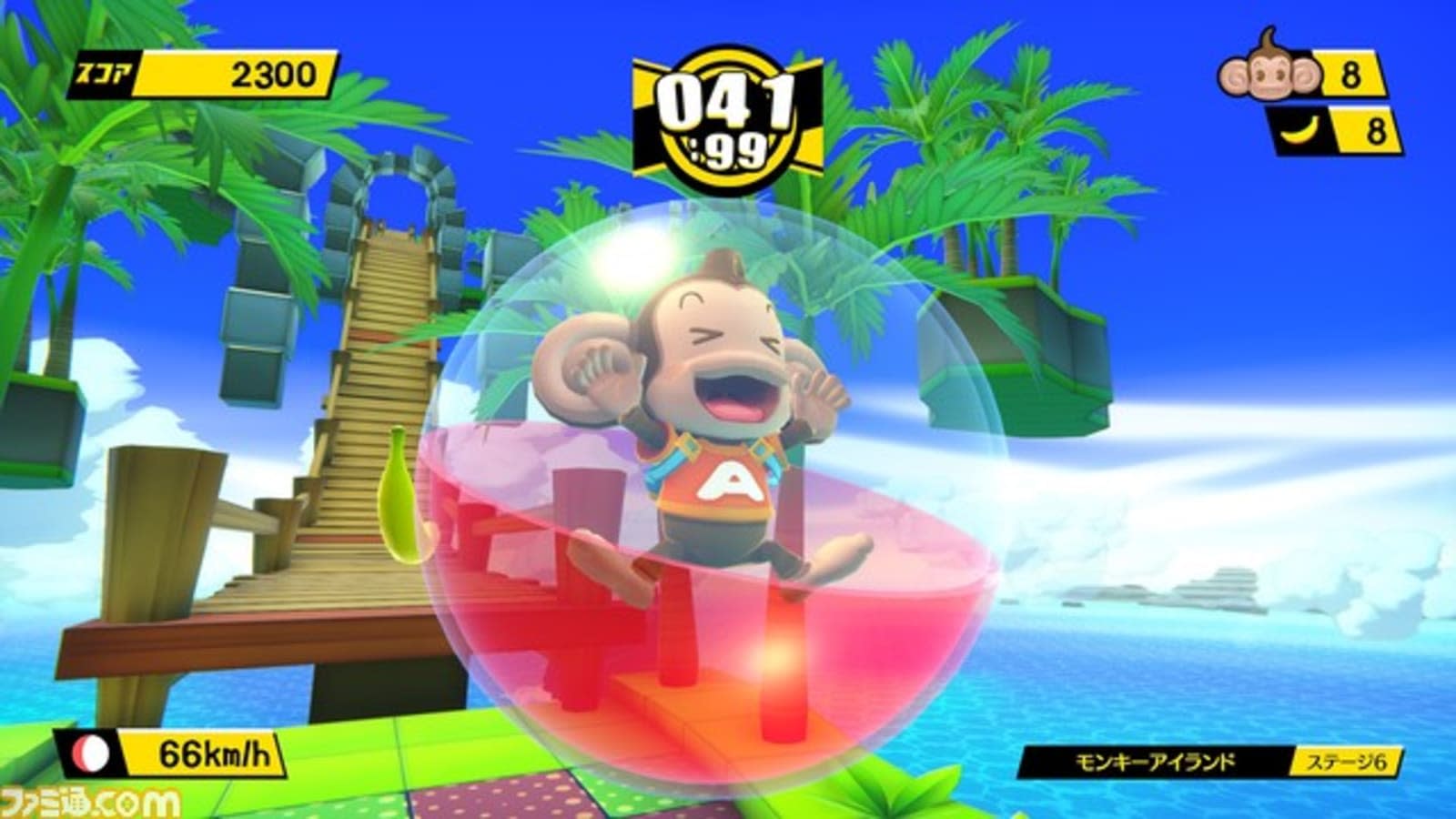 A new Super Monkey Ball game will be arriving later this year -- at least, it will in Japan. Game magazine Famitsu confirmed this week in a blog post that a new entry in the popular series will be available for PC, PlayStation 4 and Nintendo Switch. The game, apparently titled Tagogo Super Monkey Ball, is scheduled to be available on October 31st in Japan. There's no word yet on if there will be a western release for the title.

Update: The game has been officially announced for PS4, Switch, PC and Xbox One, with a US release date of October 29th.

Rumors of a new entry into the Super Monkey Ball franchise started spreading after details of the game were accidentally revealed by the Taiwanese media rating board. Now there is confirmation that the title is real, though it may not be a completely original offering. Details for the game suggest that it will be a remake of the 2006 release Super Monkey Ball: Banana Biltz, which was released exclusively for the Nintendo Wii. The title received mixed reviews during its original run, receiving praise for multiplayer game modes but getting docked for having an incredibly short single-player experience and a steep learning curve for the controls.

The Super Monkey Ball franchise has been relatively quiet for the last five years. No new entries into the series have been released since Super Monkey Ball Bounce arrived on Android devices in 2014. Tagogo Super Monkey Ball represents a chance to bring back the franchise, though at the moment it seems like the game will be limited to just a Japanese release.

We're not monkeying around, Super Monkey Ball: Banana Blitz HD lands on the Nintendo Switch, PlayStation 4, and Xbox One on October 29, 2019, with a Steam release planned for Winter 2019!https://t.co/9B9ROhjB9D pic.twitter.com/ldNkFjPPxa

In this article: av, console game, famitsu, gaming, japan, nintendo switch, pc games, playstation 4, ps4, super monkey ball
All products recommended by Engadget are selected by our editorial team, independent of our parent company. Some of our stories include affiliate links. If you buy something through one of these links, we may earn an affiliate commission.