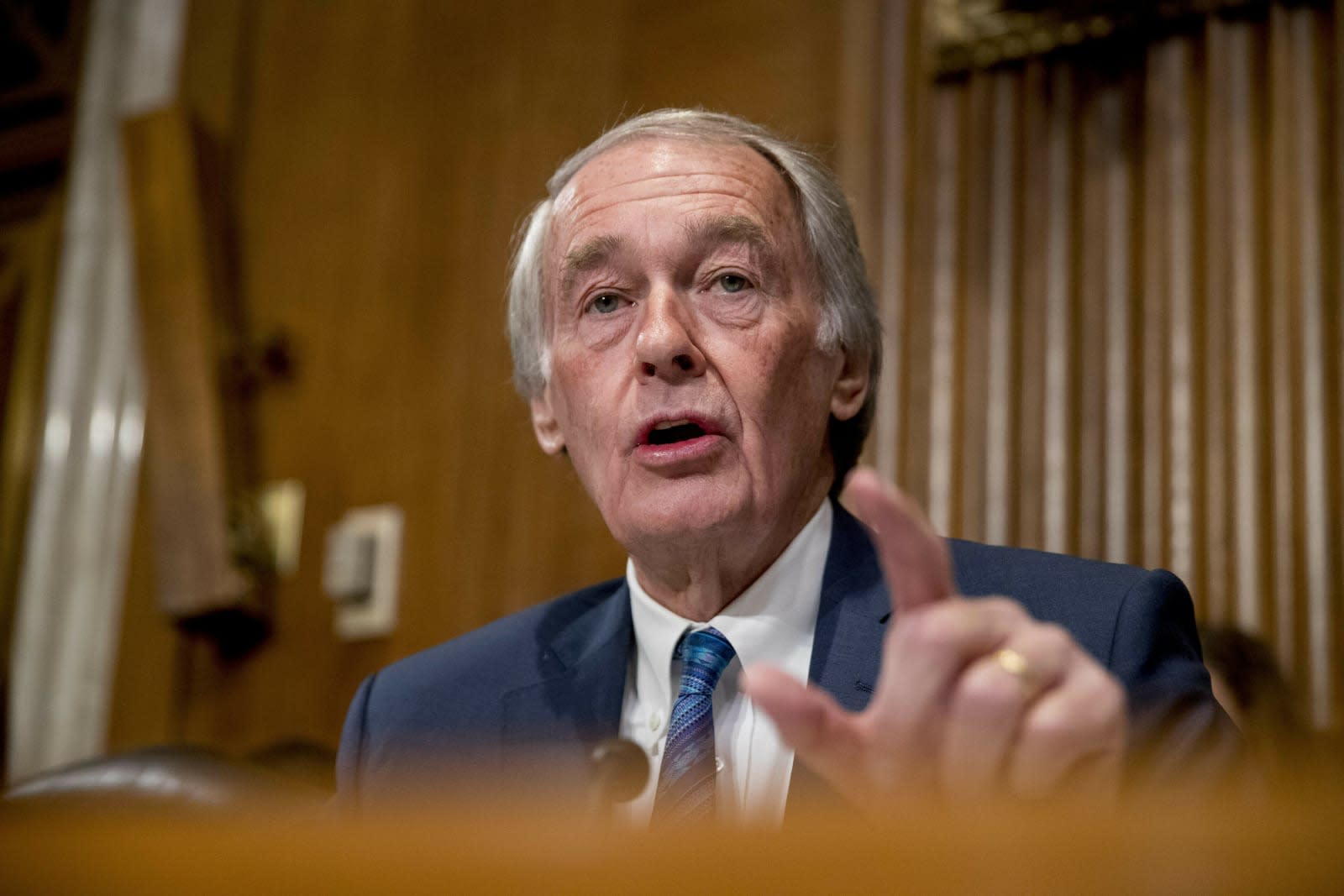 Facebook's reported $5 billion settlement with the FTC isn't even official yet, but that isn't stopping politicians from bristling at it. Senators Richard Blumenthal, Josh Hawley and Ed Markey (pictured) have sent a letter to the FTC requesting answers about the rumored settlement, expressing worries that the penalty would be "woefully inadequate" given privacy violations like the Cambridge Analytica affair. The questions cover not just the rationale behind the supposed deal, but the evidence gathering methods and punishments beyond the fine.

They asked the FTC about its "process" for calculating the size of the fine, and whether or not it obtained information from Mark Zuckerberg (such as through an interview or documents). The senators also wanted to know if regulators would mention executives by name, and want to know if the FTC will slap restrictions on Facebook's data usage, child access, message service unification and upcoming Libra cryptocurrency.

The Commission is expected to respond by August 6th.

It's not certain how the FTC will take to the letter, especially when the settlement hasn't been confirmed. If it's real, though, the senators' letter makes clear that both the FTC and Facebook are in for a fight. Facebook has been dogged by privacy scandals for well over a year -- it's doubtful that critics will let get by with anything less than a particularly stiff punishment.

In this article: cambridge analytica, data, facebook, ftc, gear, internet, politics, privacy, regulation, senate, settlement, social network, social networking, TL19FBCA
All products recommended by Engadget are selected by our editorial team, independent of our parent company. Some of our stories include affiliate links. If you buy something through one of these links, we may earn an affiliate commission.