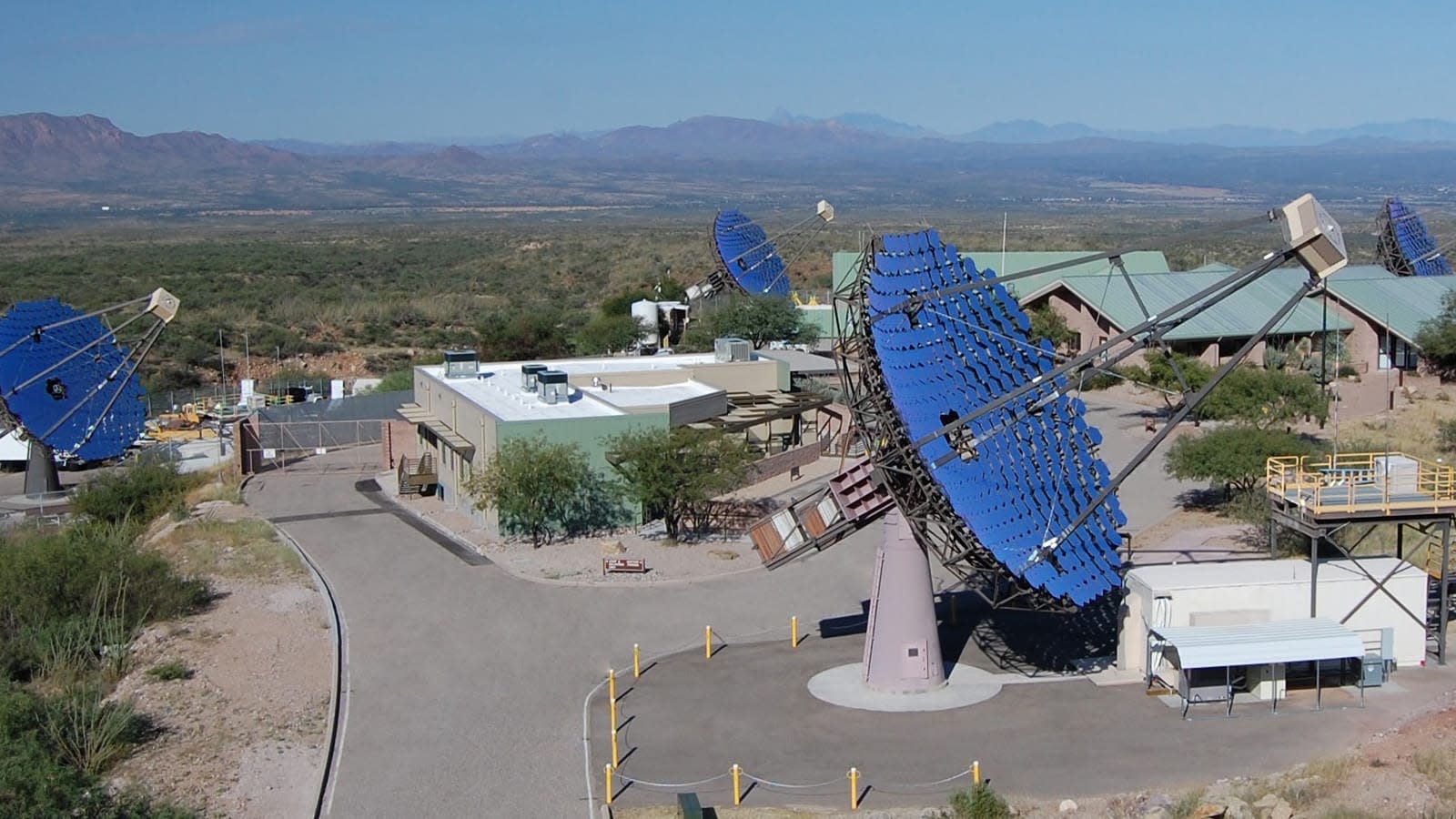 Internet investor Yuri Milner's search for extraterrestrial life now includes a hunt for, effectively, interstellar Morse code. Breakthrough Listen is teaming with the partners behind VERITAS (the Very Energetic Radiation Imaging Telescope Array System) to search for nanoseconds-long optical pulses that could indicate the presence of aliens trying to flash messages across the cosmos. The collaboration will use all four telescopes at once to check for these light-based "beacons," which would could be brighter than stars observed in the same direction.

For Milner, the logic is simple. It's not certain how any intelligent life would communicate. This could theoretically catch signals people have been missing in favor of radio signals and other more conventional methods. The VERITAS team has looked for these pulses before, such as around the oddly dimming Boyajian's Star, but this partnership would cover "many more stars."

There's no timetable mentioned for Breakthrough's involvement. The one certainty is that this is likely to be a lengthy exercise. Researchers have spent decades scanning the skies for alien life with only the occasional false positive or inconclusive result to break up the silence. This expands the avenues of discovery, but it's far from guaranteed that Breakthrough and VERITAS will find evidence of sentience beyond Earth.

In this article: astronomy, breakthrough, breakthrough listen, extraterrestrial, extraterrestrial life, gear, optical, science, seti, space, telescope, veritas, yuri milner
All products recommended by Engadget are selected by our editorial team, independent of our parent company. Some of our stories include affiliate links. If you buy something through one of these links, we may earn an affiliate commission.