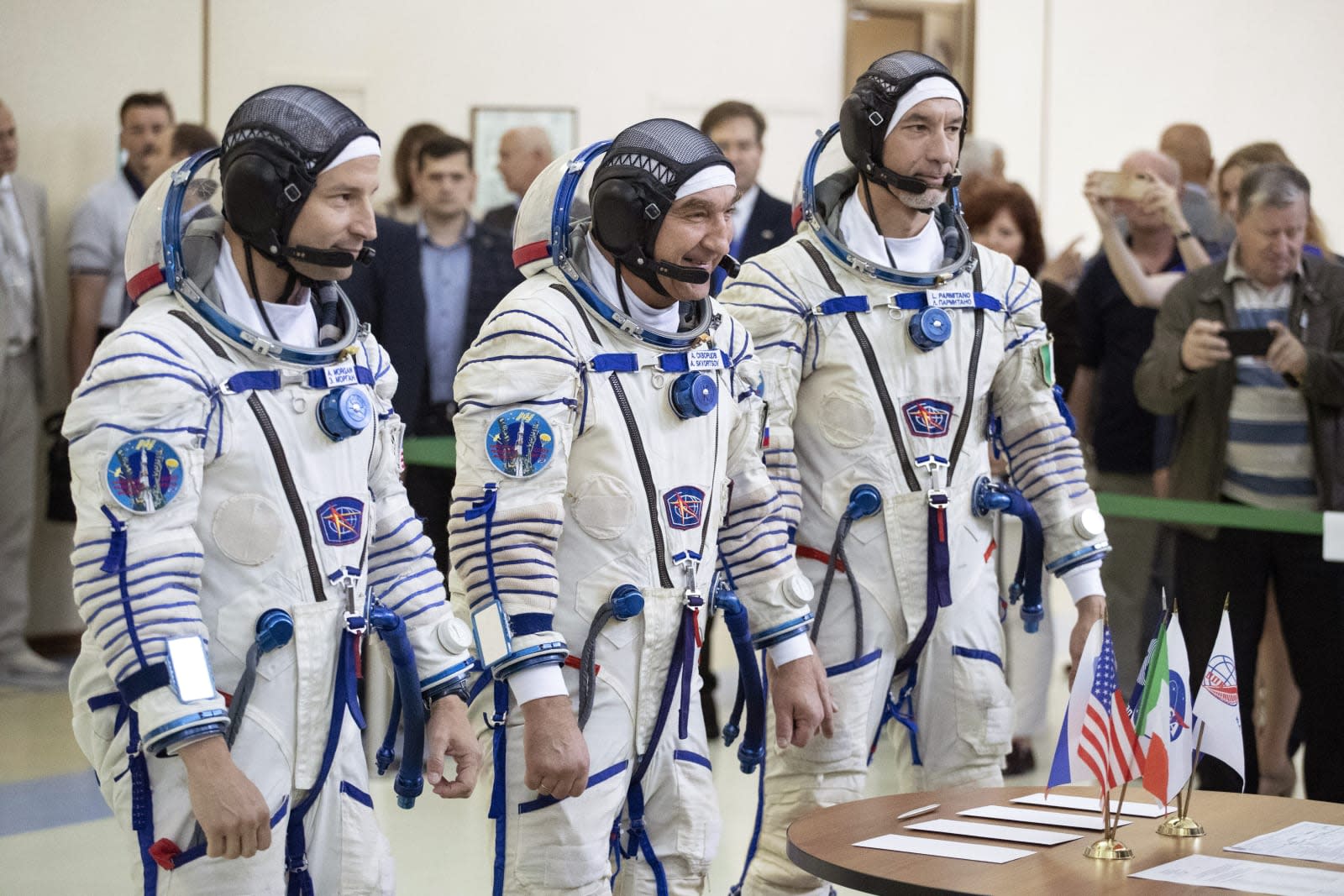 Earth is about to mark Apollo 11's 50th anniversary in one of the most fitting ways possible: sending people to space on the same day. NASA's Andrew Morgan (shown at left), Roscosmos' Alexander Skvortsov and the ESA's Luca Parmitano are launching on a trip to the International Space Station at 12:28PM ET today (July 20th), with NASA's live coverage starting at 11:30AM Eastern. The rendezvous with the ISS is slated for around 6:50PM ET. The crew will be joining NASA's current ISS residents Nick Hague and soon-to-be record setter Christina Koch, as well as Russia's Alexey Ovchinin.

The mission is a relatively routine one, but symbolizes how much spaceflight and the US space program have changed in half a century, for better or for worse. In 1969, the US and Russia were the only two countries to have sent people into space -- while they're still dominant, it's now common for people from other nations to make the journey. The first space station, Russia's Salyut 1, hadn't reached orbit 50 years ago, but the present-day ISS has been in service for nearly 21 years. And the use of a Russian Soyuz rocket is emblematic of both greater international cooperation (however tentative it may be) and the gap in US spaceflight capabilities until the Space Launch System is hopefully ready in 2020.

An actual trip to the Moon will have to wait until 2024, when NASA hopes to once again put people on the lunar surface through its Artemis program. The timing isn't ideal, then. All the same, it's good to know that humanity isn't staying on terra firma during such an important historic milestone.

In this article: andrew morgan, apollo1, apollo1150th, astronaut, gear, international space station, nasa, russia, soyuz, space, spaceflight, us, video
All products recommended by Engadget are selected by our editorial team, independent of our parent company. Some of our stories include affiliate links. If you buy something through one of these links, we may earn an affiliate commission.