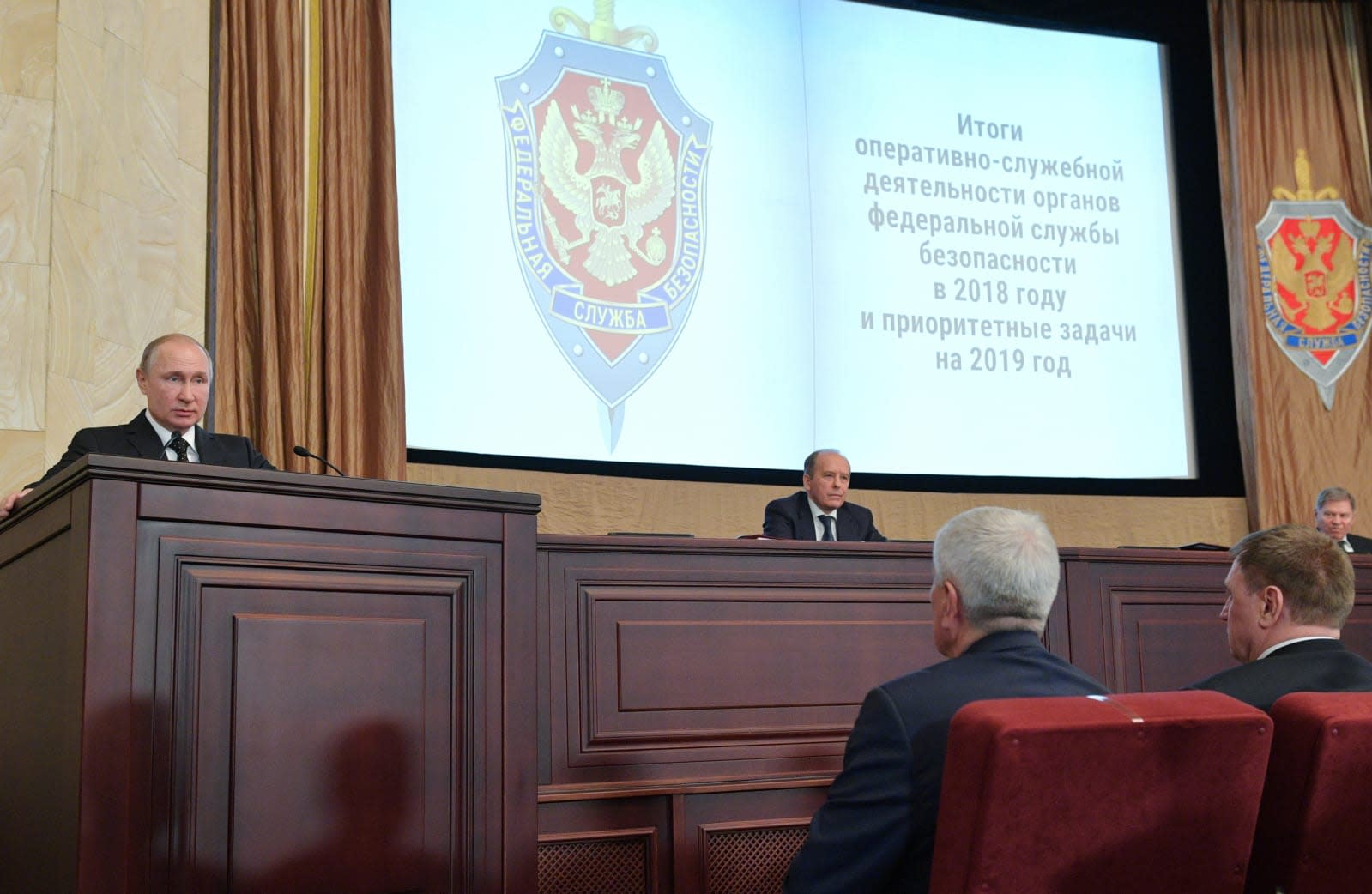 The Russian government has been linked to a number of high-profile hacks, but it just became a target -- and the data that was stolen says a lot about its apparent goals. A hacking group nicknaming itself 0v1ru$ infiltrated the servers of SyTech, a contractor for the FSB intelligence agency on July 13th. They compromised the firm's Active Directory server and stole 7.5TB of data. The intruders revealed a number of projects that SyTech had been working on for the FSB (and fellow contractor Quantum) since 2009, some of which were pure research while others came to fruition.

The most prominent of the projects, Nautilus-S, was meant to deanonymize Tor traffic and create a database of Tor users and devices. Work started on it in 2012, and it appears to have been put into use in 2014, when Swedish researchers discovered Russian Tor nodes trying to decipher data. It's unclear how successful the FSB has been, but its goal was likely to identify and silence political dissidents.

Other projects weren't as ambitious. One project that reached the test phase, Hope, mapped the Russian section of the internet and its connections to other countries. Nautilus (not Nautilus-S) collected social network data. Reward was meant to penetrate peer-to-peer networks, while Mentor was built to search and spy on the email of Russian companies. Tax-3 would have created a closed intranet to keep the information of key political figures and judges away from regular government networks.

SyTech took down its website after the hack and has so far declined to respond to the press.

This isn't the first hack against an FSB contractor. Quantum faced its own breach in 2018. The treasure trove of data appears to be larger here, though. It's also a likely embarrassment for the FSB. The agency has thrived on covering its tracks and otherwise remaining secretive, but couldn't ensure that key partners were equally secure. As in many other cases, security was only as strong as the weakest link in the chain.

In this article: 0v1ru$, active directory, anonymity, data breach, fsb, gear, hack, internet, ovirus, politics, privacy, russia, security, spying, surveillance, sytech, tor
All products recommended by Engadget are selected by our editorial team, independent of our parent company. Some of our stories include affiliate links. If you buy something through one of these links, we may earn an affiliate commission.