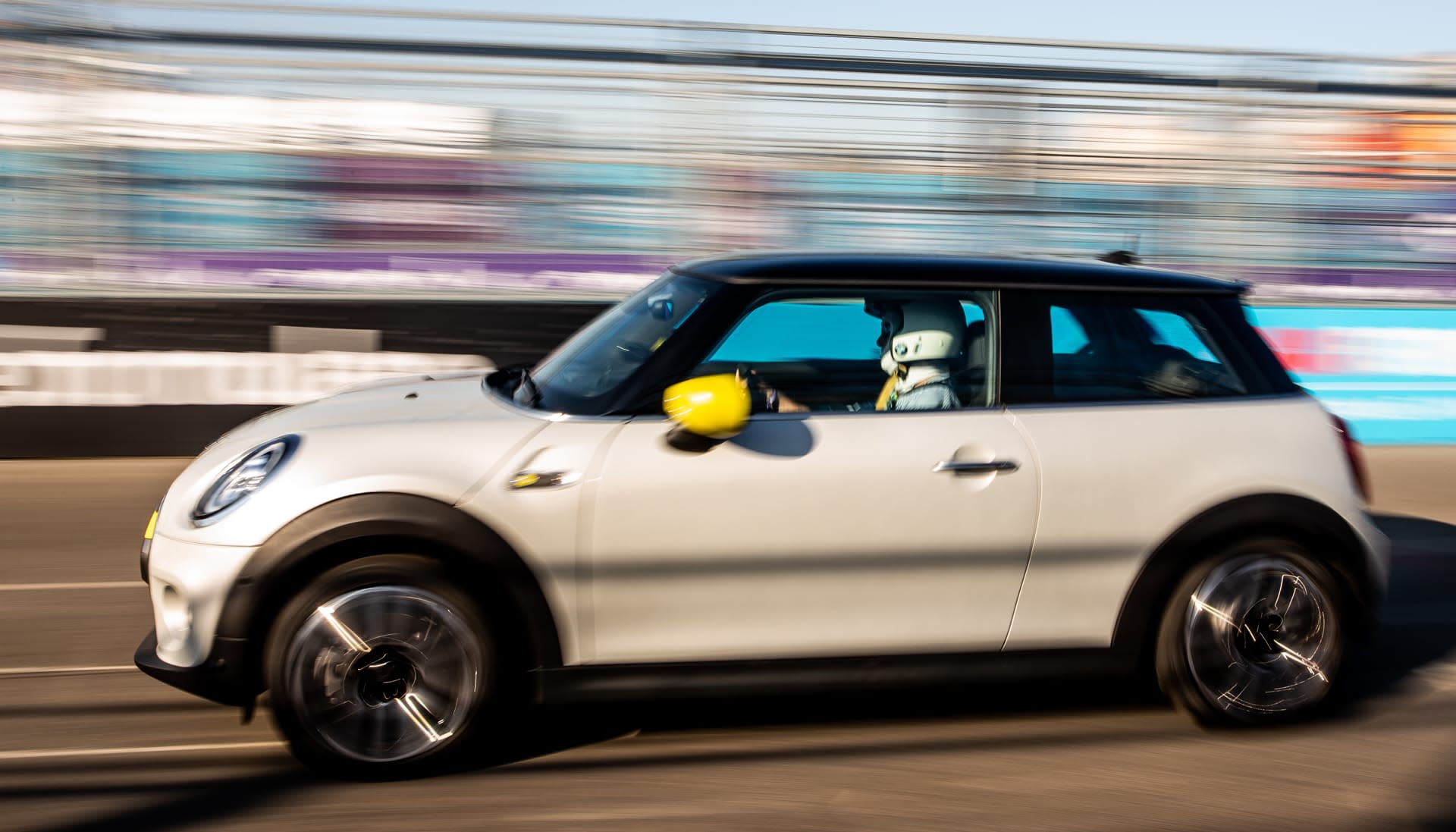 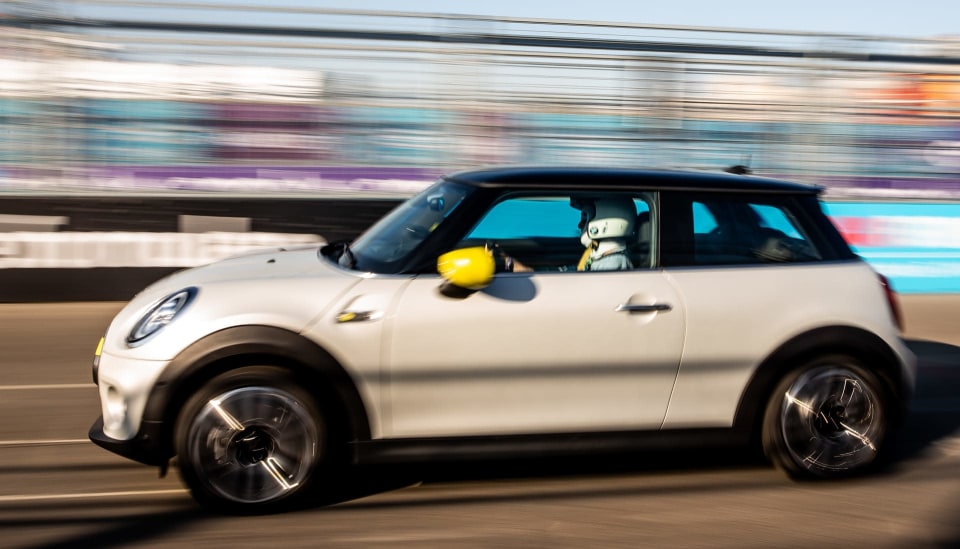 The EV market continues to expand, with more automakers releasing more vehicles. At auto shows, the cars of the future are now shown with electric powertrains instead of giant V8 engines. Automakers have also started looking backward for the vehicles of tomorrow. A few years ago, Mini sort of did that. The Mini brand, a subsidiary of BMW, has always had at least one toe in the nostalgia pool. So when the Mini SE appeared, fans of small cars and electrification were excited. 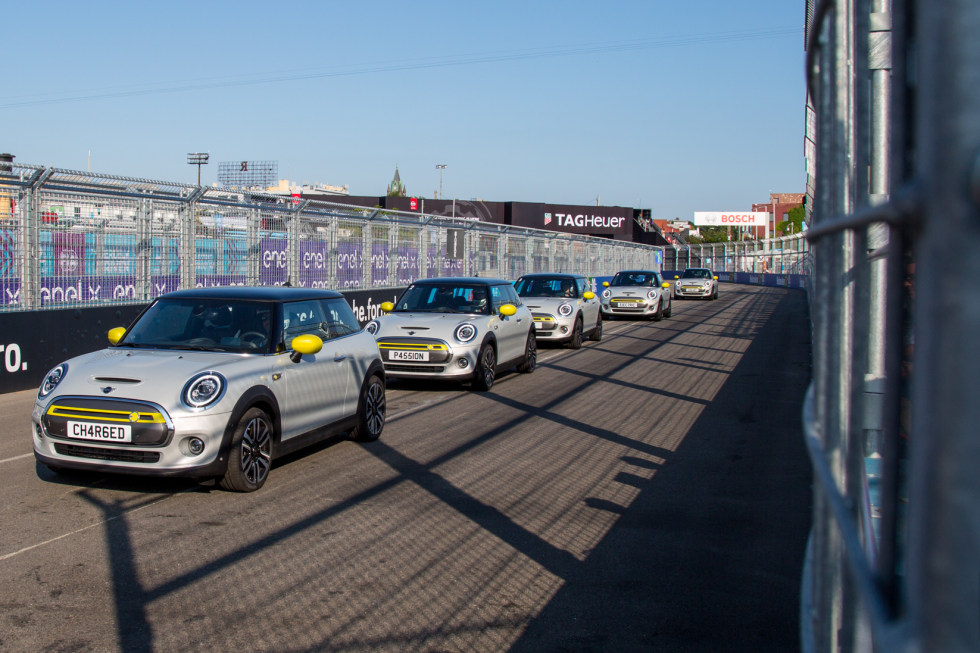 Fast-forward to the final stage of the Formula-E season in Brooklyn, New York, where Mini put me in one of its preproduction electrified Minis to drive around the track. Notice I didn't say race? That's because we weren't allowed to take the tiny EVs above 50 miles an hour. So my experience with the car is far from definitive, but it was enough to tell everyone: Yeah, it's an electric Mini.

BMW and Mini have gone to great lengths to convey that the Mini SE is basically a Mini with handling that resembles a go-kart. I'm happy to say they're right. Mostly.

Around the tight corners of the Formula-E track, I was able to at least get a feeling for the cornering and suspension. For the most part, the SE kept a solid line with very little body roll. But I could feel the additional heft of the battery pack going into a corner. It wasn't overwhelming, but it's there.

What's interesting is how that battery is placed in the Mini SE. The company replaced the exhaust and created a T-shaped powerpack that resides under the vehicle. By doing this, Mini was able to make an EV from an internal combustion engine (ICE) platform without eating into the storage area. 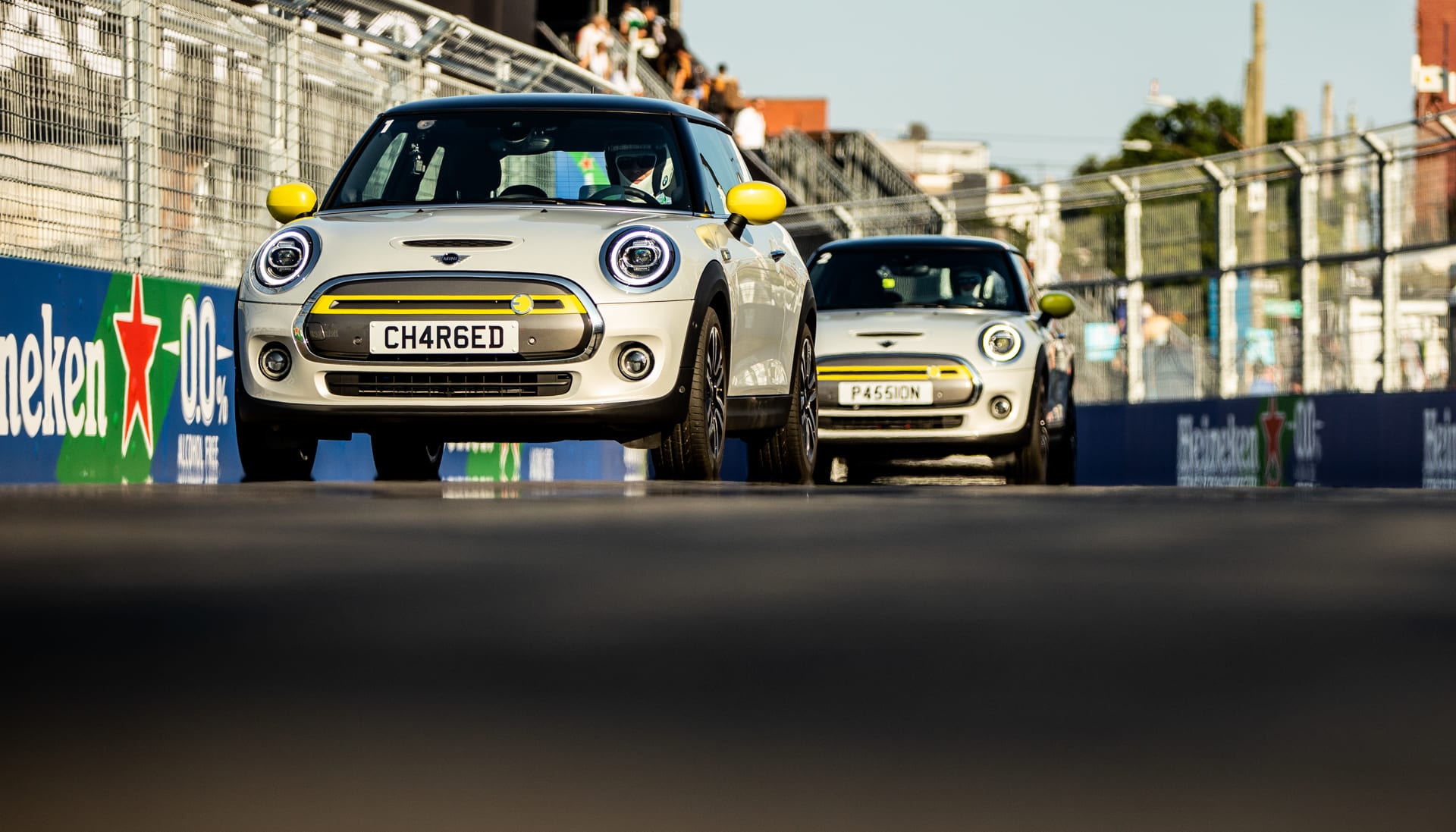 Before bringing the Mini SE to the masses, the automaker distributed the Mini-E to test drivers around the world. It was a test fleet to determine just want Mini owners wanted (and didn't want) from a small EV. One of the biggest lessons learned was that filling the cargo space with a battery instead of actual space is not a good idea. So the company went back to the drawing board and shoved the pack underneath the car.

But while the undercarriage has been modified for the new battery in the EV Mini, the motor is borrowed from another small vehicle in the BMW lineup. But like the pack, it works.

As much as I could test the acceleration, the SE had the expected punch of torque from the electric motor. Said powerplant is pulled straight from the BMW i3. You know, the little concept bubble car. In my two laps around the track, I didn't really get a chance to put the motor's 181 horsepower and 199 pounds of torque to the test. It did feel zippy up to 45 miles per hour, which is what you expect from a Mini as you cruise around town. The company says it has a zero-to-62 time of 7.3 seconds. So you're not going to be drag-racing Model 3s.

But that's not really the point of a Mini. Yeah, you could race around in one, but it's built for fun at all speeds. So regardless of how fast I was going (which, again, wasn't that fast), I enjoyed the experience. BMW is hoping that the joy of driving sets the car apart from other EV offerings. 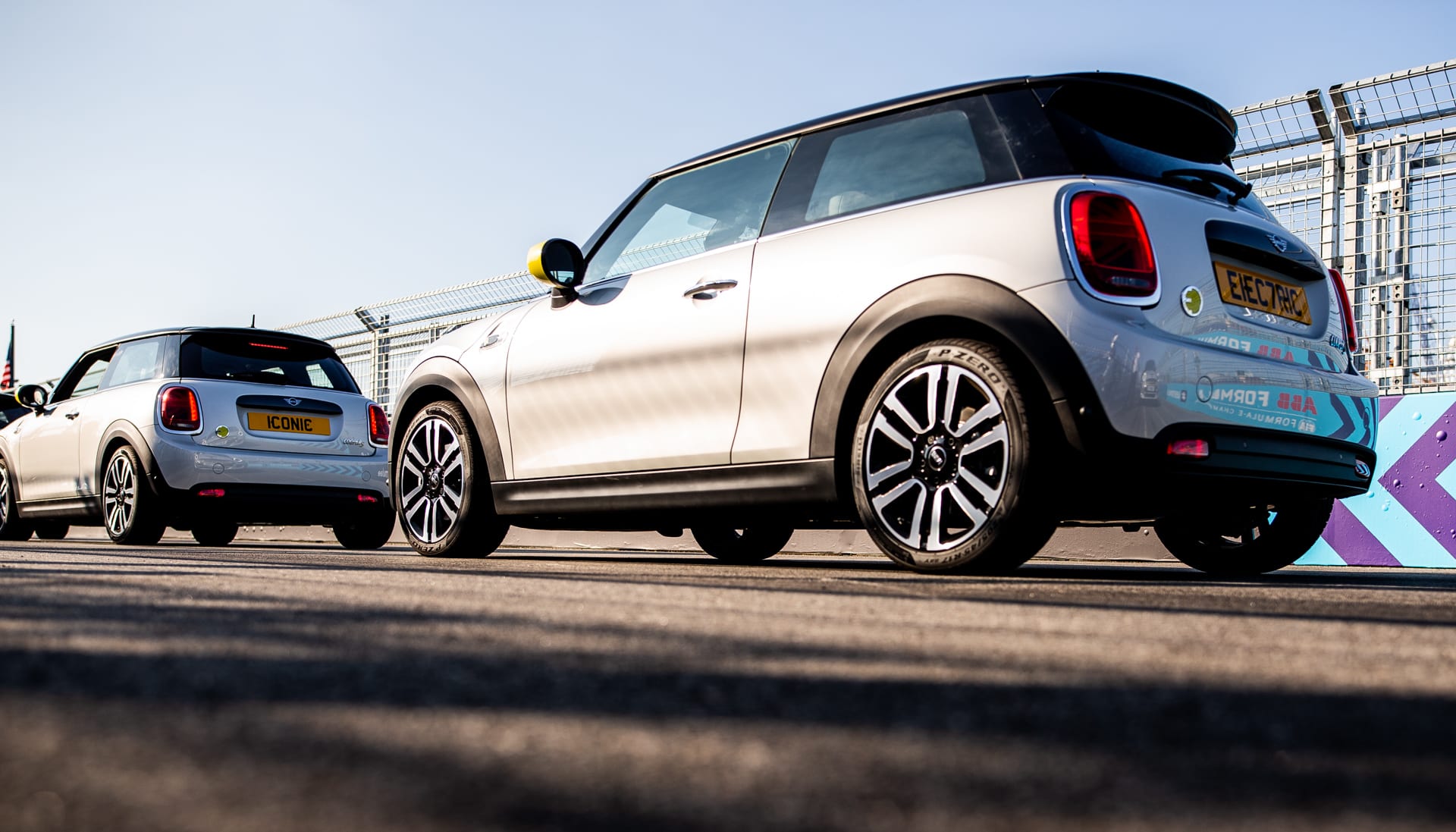 Because of its small size and the fact that's built on a gas-car platform, the Mini SE is rated at 146 to 161 miles of range. Those numbers will no doubt go down once the EPA gets a chance to do proper testing. Whatever the outcome, the SE will not compete with the Model 3, Kona EV, Bolt or really anything that's rolling with more than 225 miles of range.

Its only real competitor is the Volkswagen E-Golf, another transition vehicle that's had an EV powerplant crammed into an ICE platform. The E-Golf is a delight to drive, and I'm expecting once I get some serious time behind the wheel of the Mini SE, I'll probably feel the same way.

Mini hasn't announced US pricing yet, but don't be surprised to see it in the low-to-mid-$30,000 range. It'll go into production in November of this year and will land in showrooms next year.

BMW's plan to create modular platforms for its vehicles so that they can be configured as gas-powered, hybrid or electric on the same factory line is trickling down to the Mini brand. It'll be interesting to see what the future holds for the entire BMW lineup once this goes live but especially the Mini. 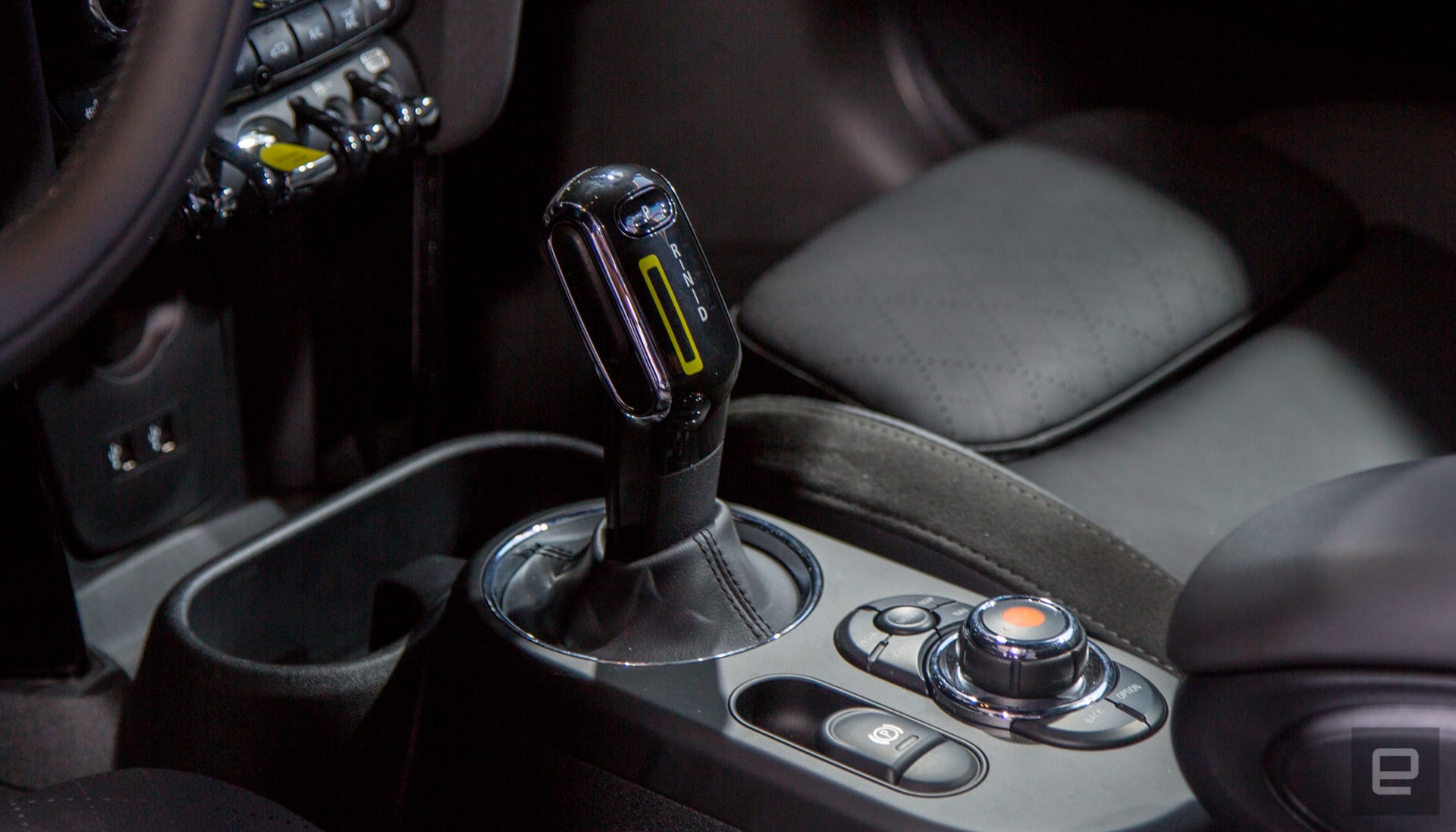 Smaller cars really can't compete on range with large sedans and SUVs. So Mini is doing what it does best: going for fun with a hint of nostalgia. And if buyers use the car to just cruise around town and commute, that might be more than enough.

In this article: bmw, business, design, electric vehicle, ev, first drive, formula e, gadgetry, gadgets, gear, green, hands-on, mini, mini se, transportation
All products recommended by Engadget are selected by our editorial team, independent of our parent company. Some of our stories include affiliate links. If you buy something through one of these links, we may earn an affiliate commission.