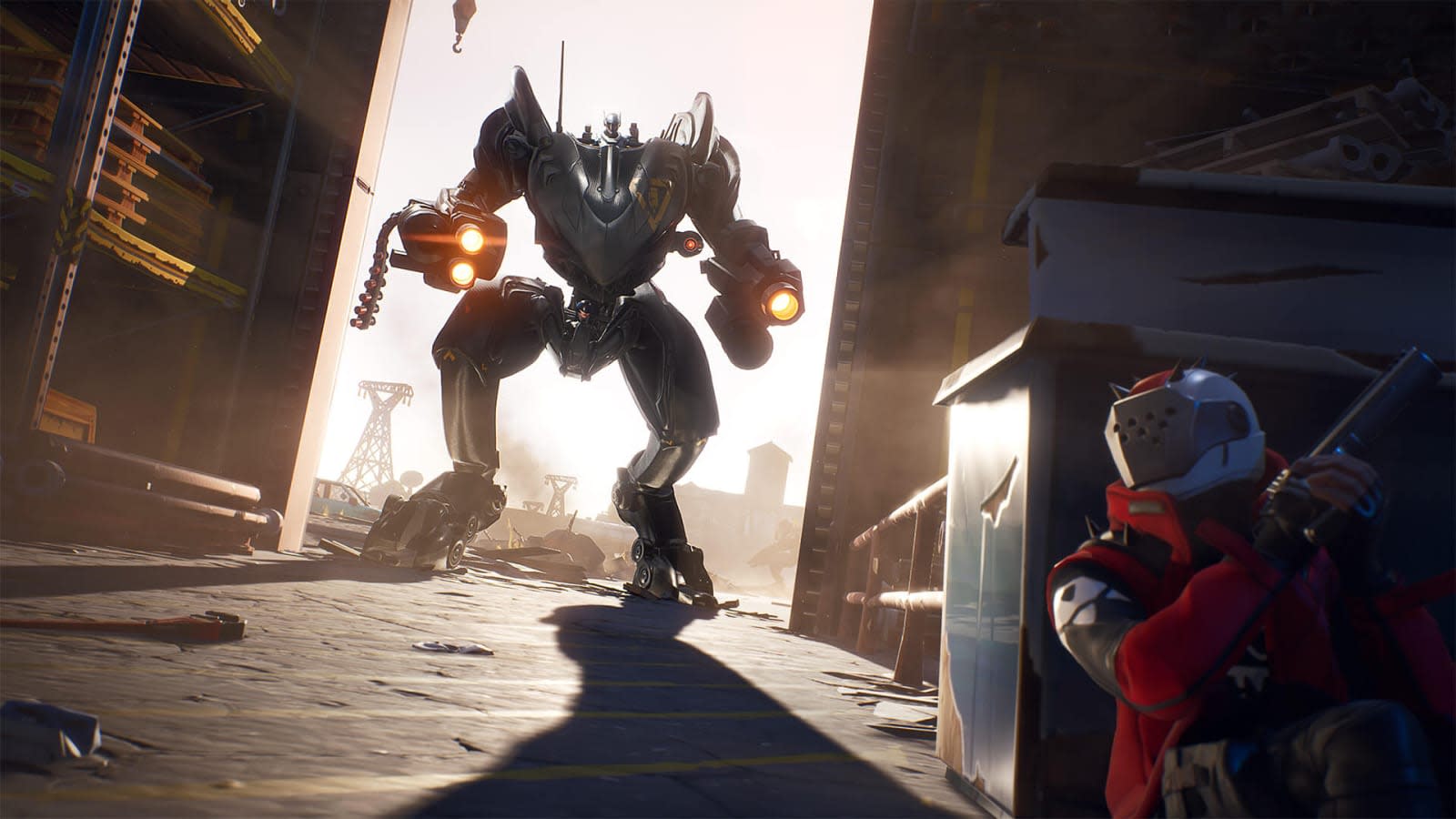 Fortnite's Season X Battle Pass is here, and it's bringing quite a few perks and toys for players. The most interesting new weapon is the B.R.U.T.E. mech suit. It's a two person vehicle, with one player controlling movement and the other firepower, though a single person can operate it if they feel they're up to the job. The Titanfall-like B.R.U.T.E. will let you do things like dash into combat, "super jump" to victory and stomp enemies, while granting access to a shotgun and missile launcher. On top of the mech, there are a number of new vaulted weapons.

As Epic teased in the story trailer, it's also reintroducing old game locations via rift zones. "The Zero Point Explosion has made the island volatile," the blog post states. "Locations once thought to be lost are beginning to appear, but they aren't the same as they once were. Drop in and explore to discover what mysterious gameplay changes they have in store." It hasn't made clear what those changes are, but you'll soon find out once you download the Battle Pass.

Another new Season X feature is Missions. Much as in PUBG, they're "a series of thematic objectives that grant rewards," Epic said. Those include Battle Stars, XP and various exclusive cosmetic items. There are no other details, but you can find more in the Battle Pass and Challenges tabs.

Finally, Fortnite has introduced Battle Pass gifting, albeit for a limited time. Until August 15th, you'll be able to send a Battle Pass to a friend on all platforms, though timing may vary a bit by region. "Your first purchase also includes a unique Gift Box for you to use when gifting items from the shop," Epic said.

On top of all that there are various Event updates, a weapon-free zone, an advanced storm controller, new camera modes, bug fixes and a performance tweak that should improve streaming speeds. If you're on a PC, keep in mind that Fortnite Season X will require a DirectX 11-capable card. Otherwise, you should be able to get it on your favorite platform now for 950 V-Bucks (about $9.50).

In this article: av, BattlePass, Fortnite, gaming, SeasonX, ZeroPoint
All products recommended by Engadget are selected by our editorial team, independent of our parent company. Some of our stories include affiliate links. If you buy something through one of these links, we may earn an affiliate commission.