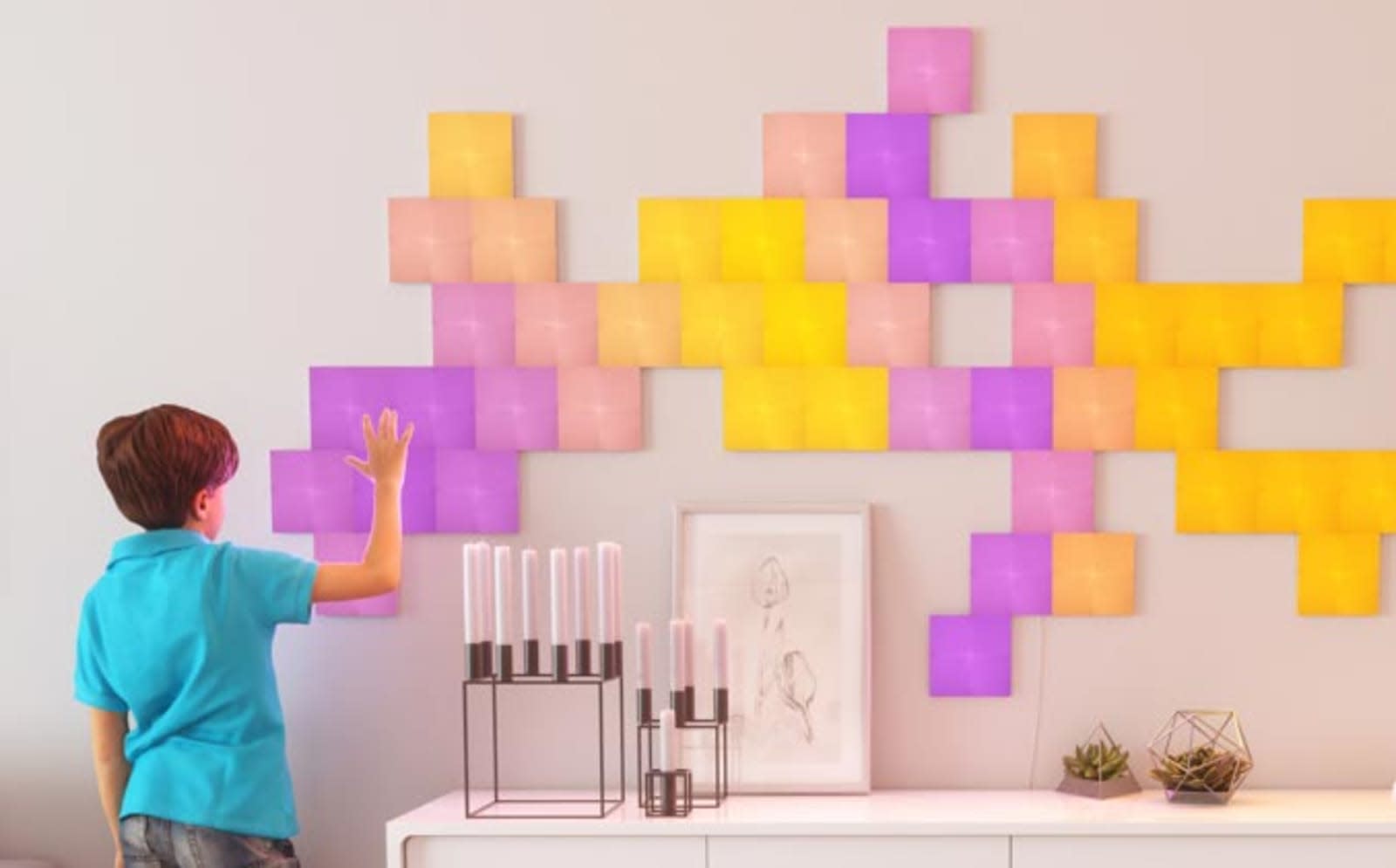 Nanoleaf is launching an upgrade to its Canvas Smarter Kit lights that will let you turn them into buttons to control Apple Homekit devices, all with simply a touch -- and without your smartphone. The new feature, which is dubbed Touch Actions, is going to give you the ability to map Nanoleaf's funky, modular light squares to become smart buttons for your home, letting you do things like tap one square to turn off all the lights or another tap to turn down the temperature in your thermostat. The only caveat is this will only work with your Apple HomeKit setup, but for owners of the Nanoleaf Canvas Smarter kit, they'll now have quite a clever way to control their smart home.

In this article: apple, apple homekit, canvas smarter kit, connected home, gadgetry, gadgets, gear, home, homekit, nanoleaf, smart home, smart lights
All products recommended by Engadget are selected by our editorial team, independent of our parent company. Some of our stories include affiliate links. If you buy something through one of these links, we may earn an affiliate commission.