Imagine streaming a game on Twitch, but only to your closest friends. Gaming chat platform Discord is launching a new feature, Go Live, that will let users stream games directly to 10 other people. Users can view your stream either through the desktop app or by browser. The feature is due to roll out on August 15th.

Almost two years ago, the gaming chat app unveiled video chat and screen share features for up to 10 people. The highly-requested features helped lure the gaming community from apps like Skype and TeamSpeak. As Polygon noted, the Go Live feature is an extension of Discord's screen sharing feature -- but can only be activated if the system detects that the user is running a game. 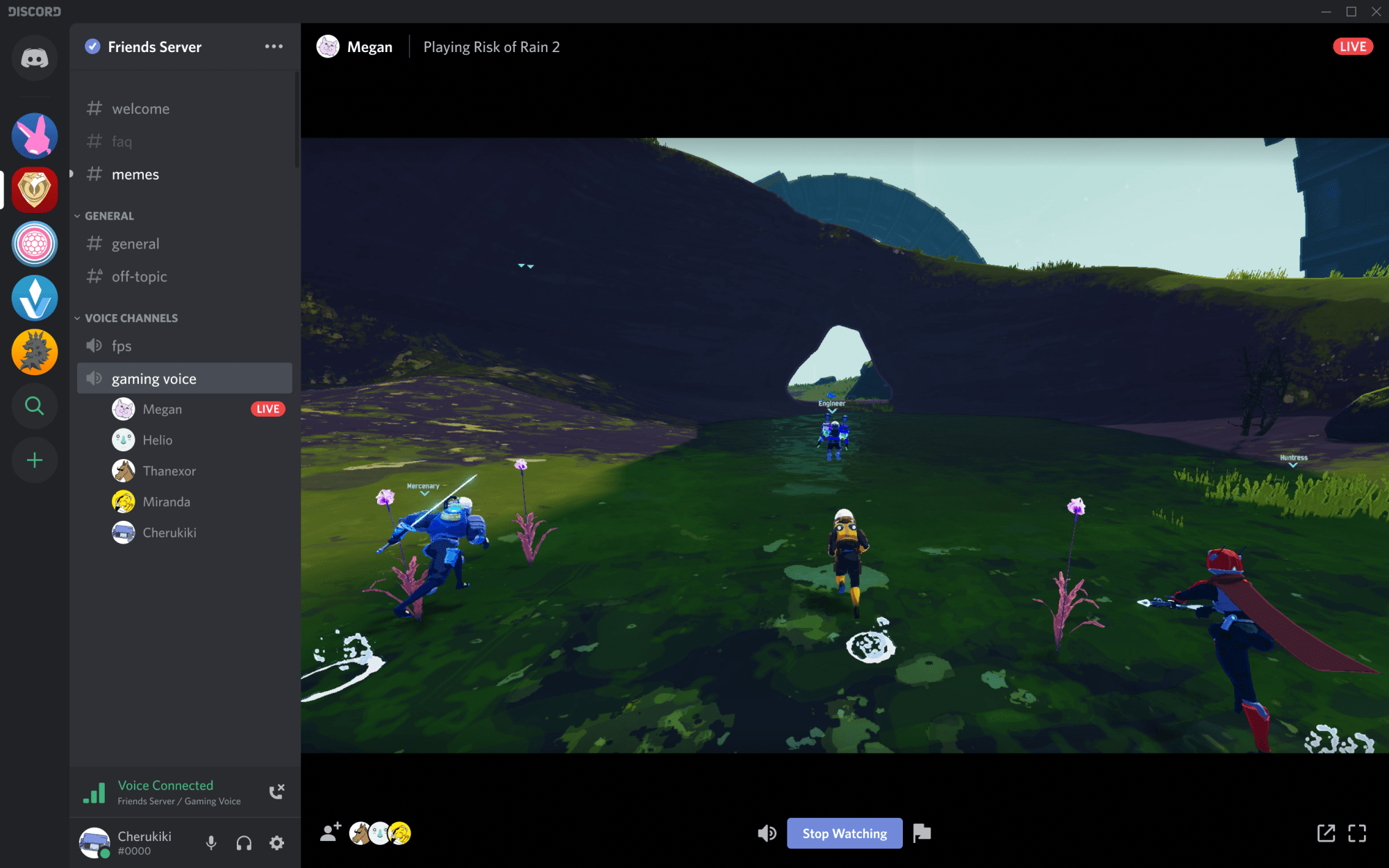 Discord has been rapidly growing since it first launched in 2015, and currently has an average of 56 million active users per month. There are currently 250 million registered users on the service, a user base that is equal to Fortnite in size. Its private groups offer a level of intimacy not found on platforms like Twitch, and offer a way for Discord to stand out from its biggest competitor.

Lately, the company has been working on better catering to the needs of its gaming community. Last month, Discord introduced folders for better server organization. The Go Live feature will likely be a happy middle ground for users who want to show off their gameplay, but not necessarily to thousands of strangers.

All products recommended by Engadget are selected by our editorial team, independent of our parent company. Some of our stories include affiliate links. If you buy something through one of these links, we may earn an affiliate commission. All prices are correct at the time of publishing.
Discord’s ‘Go Live’ lets gamers stream to up to 10 people
chat
discord
gadgetry
gadgets
gaming
go live
internet
Livestream
twitch