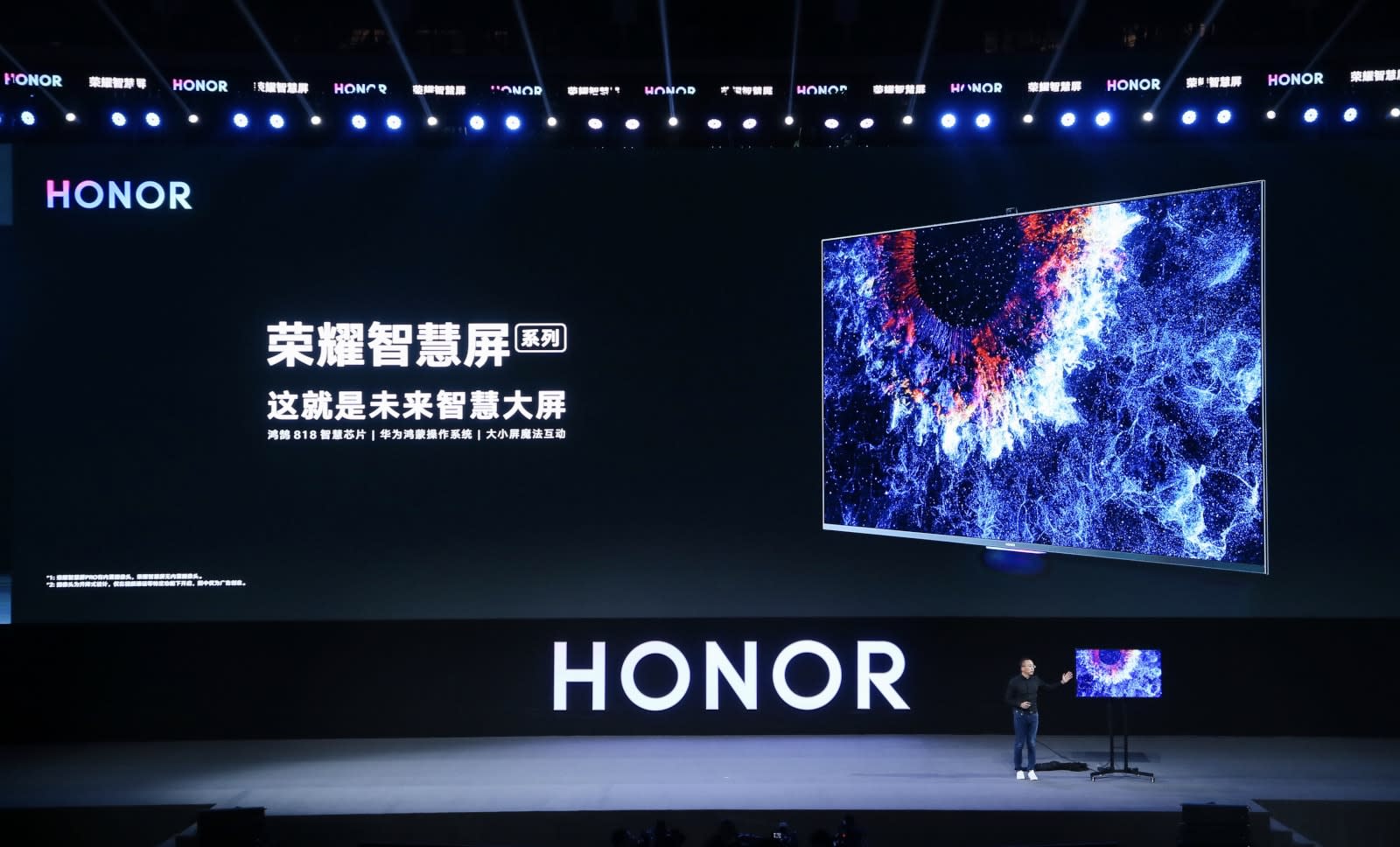 Huawei has unveiled its Honor brand's first smart TV, which is also the first product powered by the Android alternative the company launched at its developer conference. As the controversial manufacturer explained, HarmonyOS is aimed at IoT devices like smart displays and speakers, as well as wearables and in-car devices. Honor President George Zhao said the new display, called Honor Vision, is meant to be used not just as a TV, but also as an information center and a control panel of sorts for your connected devices.

Huawei has been developing its own operating system for a while now in case time comes that it can't use Android anymore. After all, other tech giants cut ties with the manufacturer recently due to the trade restrictions the US government imposed upon it.

Honor's new display is equipped with SoCs and chipsets from Huawei's semiconductor company HiSilicon. Owners will be able to use their phones or tablets to search for programs to watch. They can also sync what they're typing out on their phones, and they can project files on the display. The more expensive Pro model has a 1080p pop-up camera for video calls with AI capabilities, including facial recognition, body tracking and posture detection, as well.

Honor Vision will be available in two versions, both of which are 55-inch screen swith 4K HDR capability. The Pro version has twice the storage (32GB) of the standard one and is priced at RMB3,799 (US$680), RMB1,000 (US$142) more expensive than its basic sibling. Pre-orders are now open in China and a wide release is expected on August 15th, but there's no word yet on whether it'll ever be available outside Huawei's home country.

In this article: display, gear, harmony os, harmonyos, home, honor, honor vision, huawei, smart display, tv
All products recommended by Engadget are selected by our editorial team, independent of our parent company. Some of our stories include affiliate links. If you buy something through one of these links, we may earn an affiliate commission.