They're great for exercising, and just about everything else too.

For any truly wireless earbuds to be worth a damn, they need to be comfortable, sound great, and fit securely. Jaybird's new Vista buds ($180) hit all those benchmarks — and more. They're fully waterproof and sweatproof. They're incredibly light, weighing just 6 grams, or as much as a sheet of paper. And they sound significantly better than Jaybird's Run, its last wireless earbuds, or any of the company's previous headphones. After spending a few weeks with the Vista, they're easily my favorite workout headphones of the year.

While I really liked the Run, they definitely felt like a first attempt at something new. Jaybird has actually been a pioneer in the world of bluetooth headphones for fitness buffs, but its early models all had a thin cable connecting the two buds. Design-wise, the Vista are an improvement in practically every way: they're more compact and only stick out of your ears a bit while wearing them. Jaybird shaved off as much extraneous material as it could from the case, and the rest is something that just looks and feels far sleeker.

But just because they're smaller and lighter doesn't mean they sound worse. Jaybird moved up to a 6 millimeter driver that delivers much richer quality than before. The Run earbuds sounded fine, but they were bass-heavy and lost some of the nuance you'd find on wired headphones. With the Vista, I was able to hear the full range of Janelle Monae's vocals, and feel the delicious subtlety of Nicholas Brittel's If Beale Street Could Talk score. There's a huge leap forward in mid-range definition, but there's still a nice kick in the low end for bass-heavy tunes. And even though they don't have noise canceling, they do a solid job of blocking out external clamor. I was still able to listen to podcasts and music at reasonable volumes on incredibly noisy subway platforms. 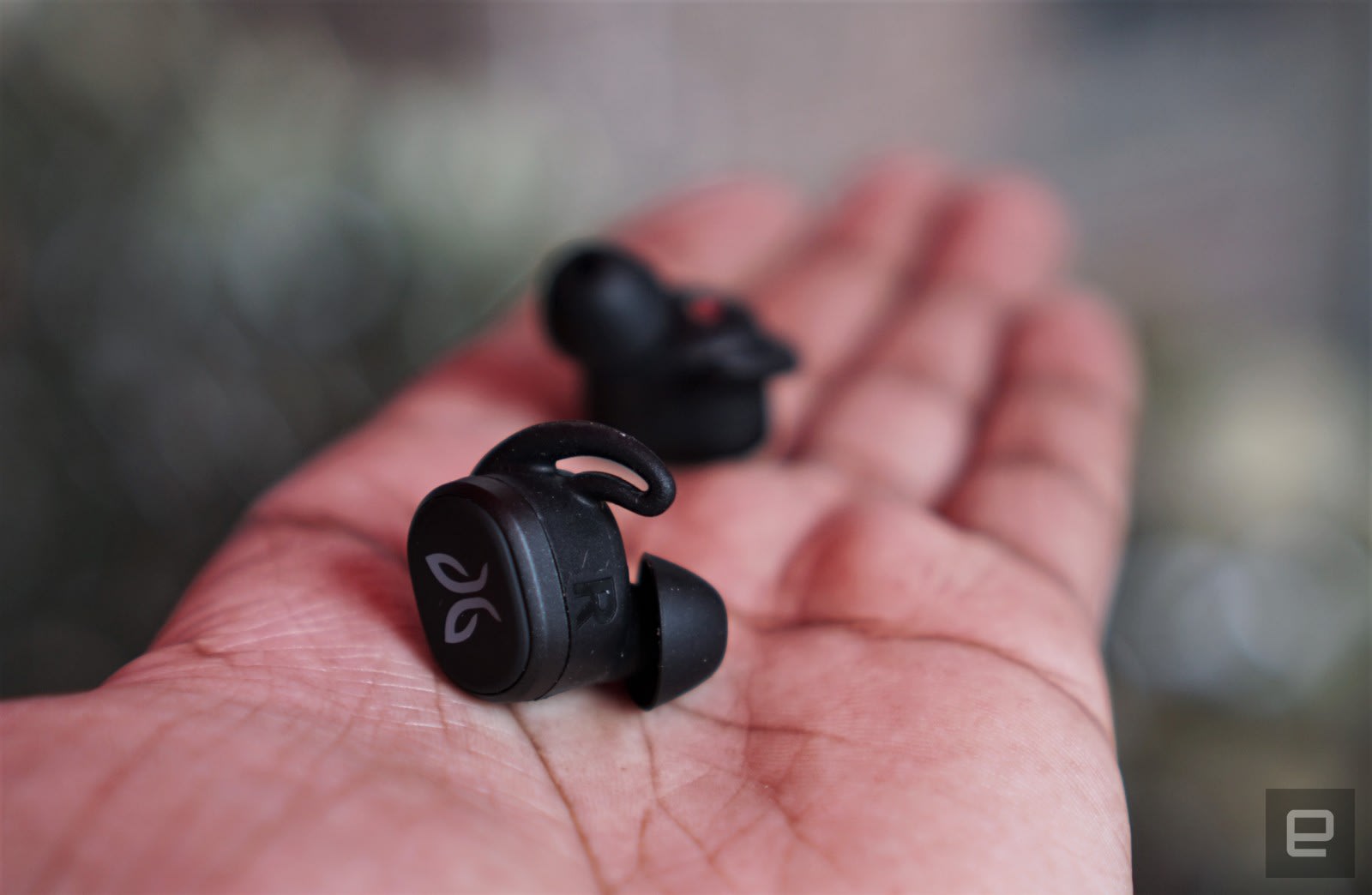 The Vista's fins did a solid job of anchoring them to my ears, and their lighter weight also helped them feel more secure than the Run. They never jostled as I sprinted (okay, lightly jogged) through Prospect Park and ran through a few cardio routines. I can't really judge how they'd fair during more intense workouts, but if you're in that camp, you might be better served with something like the new PowerBeats Pro, which hook over your ears.

Wireless reception has also been massively upgraded, thanks to a new Bluetooth 5 chipset. You can use each Vista earbud independently — which is useful for weirdos like me, who like to walk around New York City while listening to podcasts through a single ear. With the Run, I'd occasionally run into interference on street corners and other electronically noisy areas of NYC, but I didn't encounter any of those issues with the Vista. 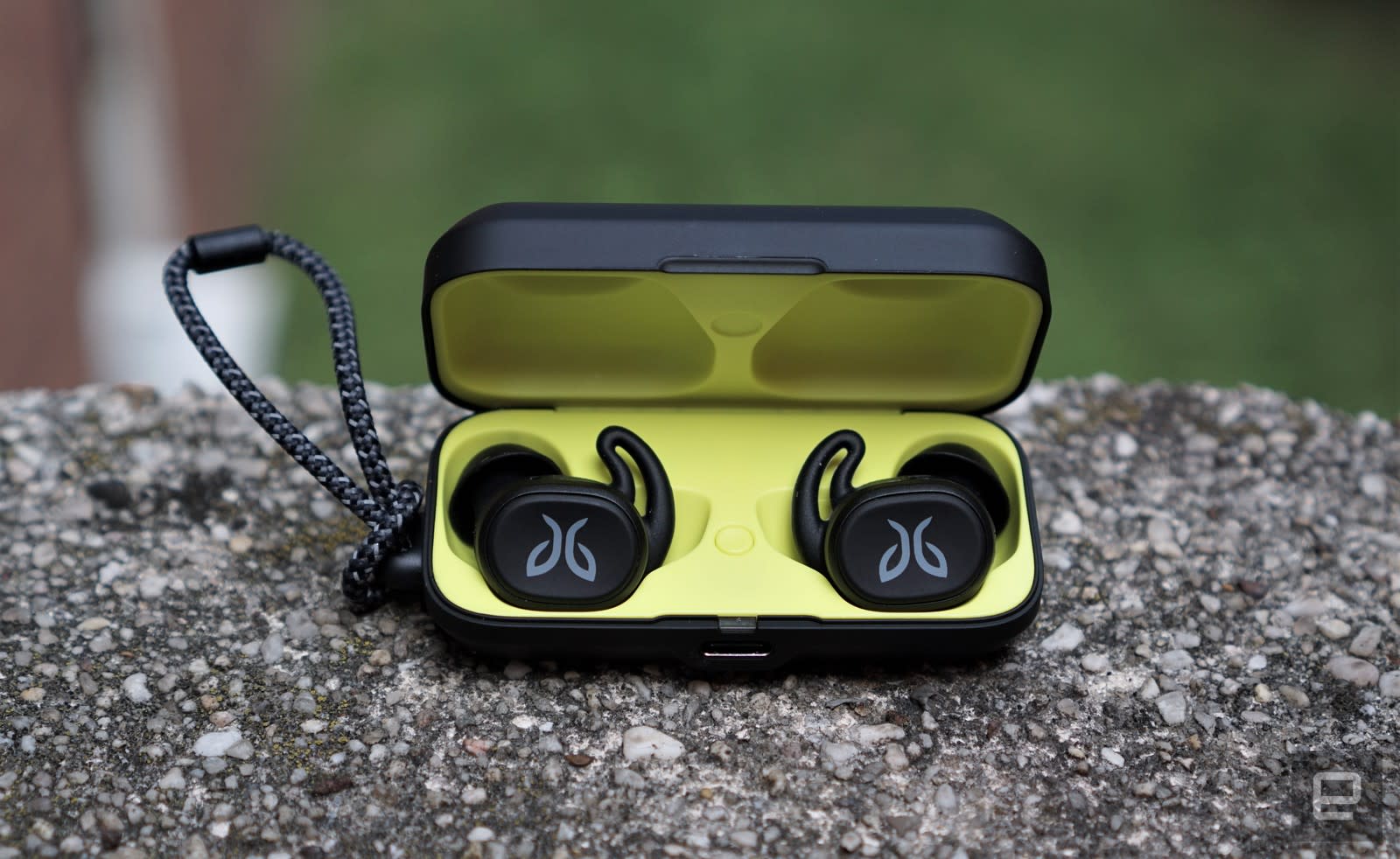 And in other good news, Jaybird got rid of the Run's gigantic case. Instead, the Vista ship with a compact charging case that easily fits into most pockets. It also holds an additional 10 hours of battery, on top of the six hours the buds get on their own. During my testing, which involved a combination of stereo and single-bud listening throughout my commute, and the occasional short run, I was usually able to go two to three days without recharging the case. One minor update I appreciated: the case opens up easily, but not too easily like the Run's, which had a bad habit of popping open in my bag and automatically pairing with my phone.

If you're into tinkering with equalizer settings, Jaybird's app gives you plenty of freedom to tweak how the Vista sound. But best of all, you can also download setting profiles from other users. I've had better luck using those to improve the Vista's audio quality, compared to Jaybird's built-in offerings.

The only major downside I've come across with the Vista are the buttons on each earbud. They let you pause, skip and jump backwards — you can also configure them to control the volume by holding them down for a short time. But they require an uncomfortable amount of pressure to activate, a problem I also had with the Run. I ended up hitting them at an angle to avoid painfully pushing them into my ears. It's strange to see Jaybird come across the same problem again, especially when other companies have figured out this issue over the years. Jabra's Elite 65t earbuds and the the PowerBeats Pro both have soft touch buttons that don't take much effort to activate, while the AirPods and Sony's premium offerings rely on touch sensors. 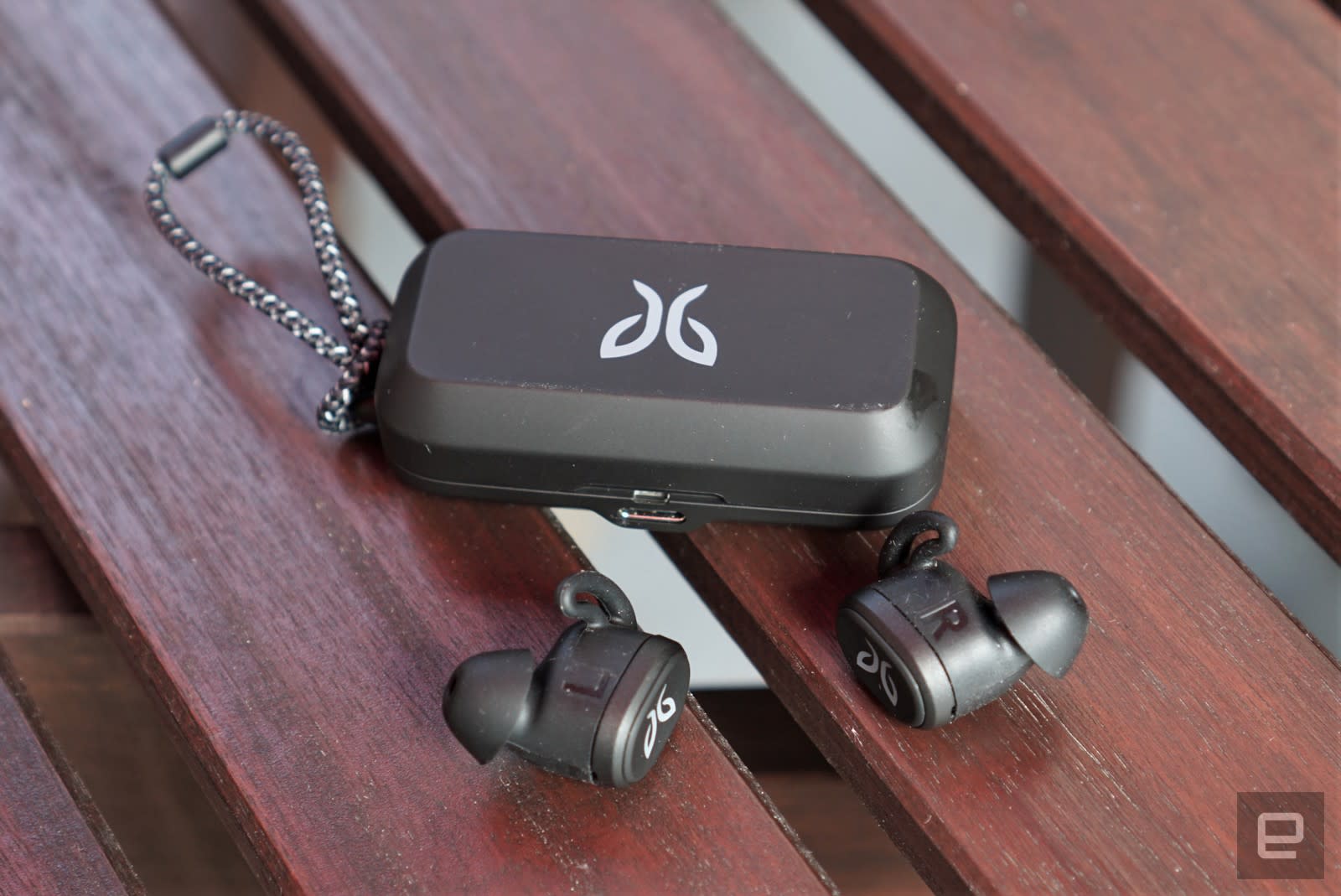 Usually, I'd recommend getting separate headphones for casual listening and exercise. As good as the Jaybird Vista sounds, Sony's new WF-1000XM3 wireless earbuds are miles ahead in the audio department, but they're also more expensive at $230. Those headphones also aren't waterproof and sweatproof -- they're built primarily with quality in mind. The Vista's biggest direct competition are Jabra's Elite Active 65t ($190), which offer a similar level of audio quality and are also built to survive tough workouts.

If you can only get a single pair of new headphones, the Vista are a good bet. They sound better than the $159 AirPods, they're tough and secure enough for workouts and they offer enough battery life to last you all day. They're the best sort of gadget sequel: the Vista are an improvement on every level, and show that Jaybird has learned from some previous mistakes.