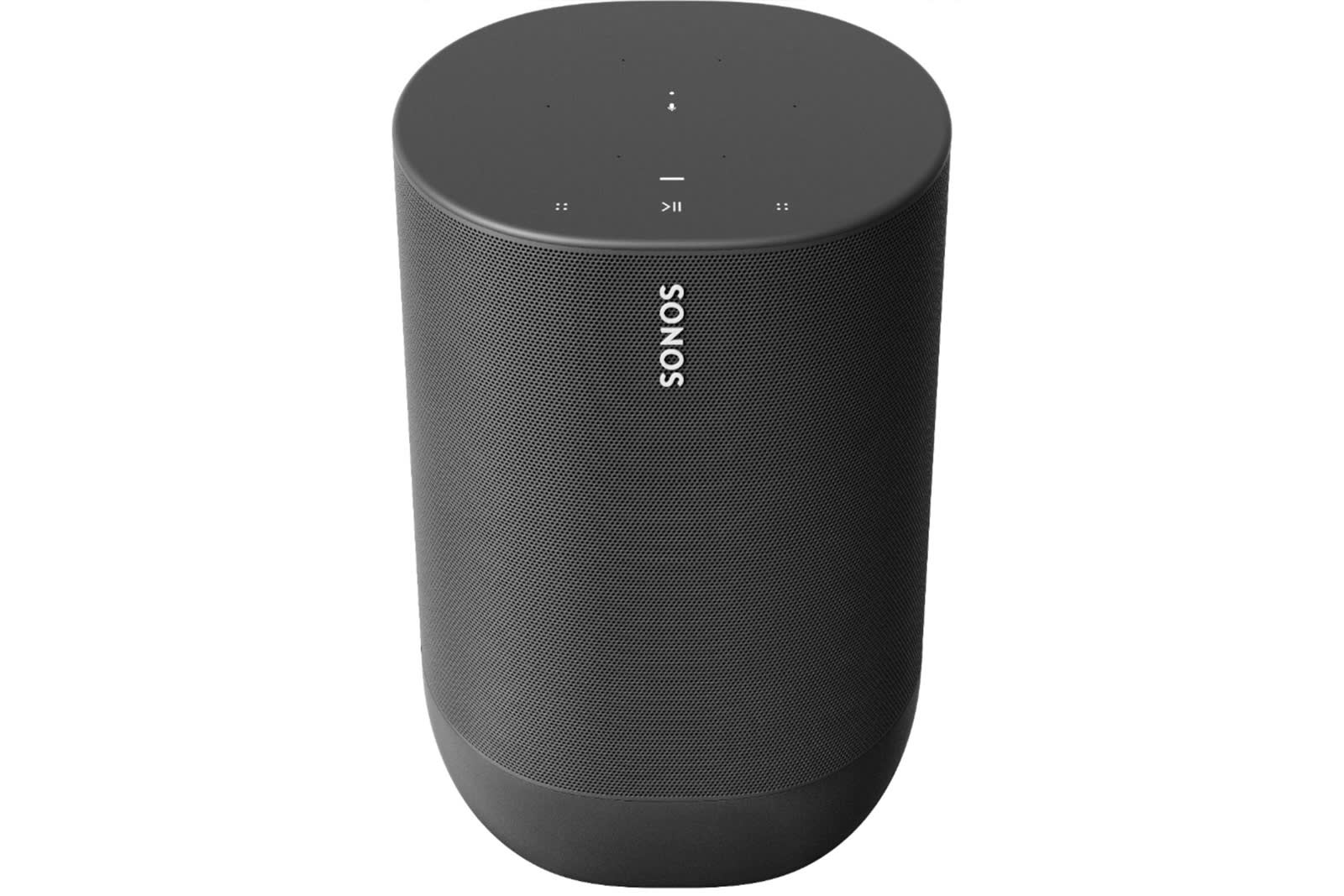 Sonos isn't having much luck preserving the mystery for its fall product launches. Zatz Not Funny and The Verge have obtained details for what's said to be Sonos' first portable speaker, and it'll offer a few twists on the familiar formula. To begin with, it'll support both the usual WiFi networking at home and Bluetooth when you're on the road. A button toggles between one wireless mode and the other. It even has its own charging base for home use, although you can charge with a USB-C cable if you're in a pinch.

The biggest addition, however, might be its sound adjustment. The speaker will reportedly introduce an Auto Trueplay feature that uses the device's microphones to automatically tune its output to the characteristics of the room. This isn't new in the industry (the HomePod and Google Home Max perform similar functions), but it's a first for Sonos and a novel concept for portable speakers.

Other details? The device would support Alexa and Google Assistant, but only while using WiFi. AirPlay 2 would also be available to stream audio from your Apple gear. And yes, there would be an integrated handle to help you lug the speaker to the beach. It's not certain if this speaker is water-resistant, mind you, so you may want to keep it far from the water's edge.

It's not guaranteed this will be one of the products Sonos is introducing ahead of the IFA tech expo, although its recent appearance at the FCC suggests a launch is close. If and when it arrives, though, it'd break more ground for Sonos. The company only just ventured into the sub-$100 space through IKEA's SYMFONISK line, and now it might compete in the crowded Bluetooth speaker arena. If so, it appears bent on conquering every last corner of the wireless speaker market.

In this article: airplay 2, audio, av, bluetooth, gear, portable speaker, sonos, speaker, wireless speaker
All products recommended by Engadget are selected by our editorial team, independent of our parent company. Some of our stories include affiliate links. If you buy something through one of these links, we may earn an affiliate commission.