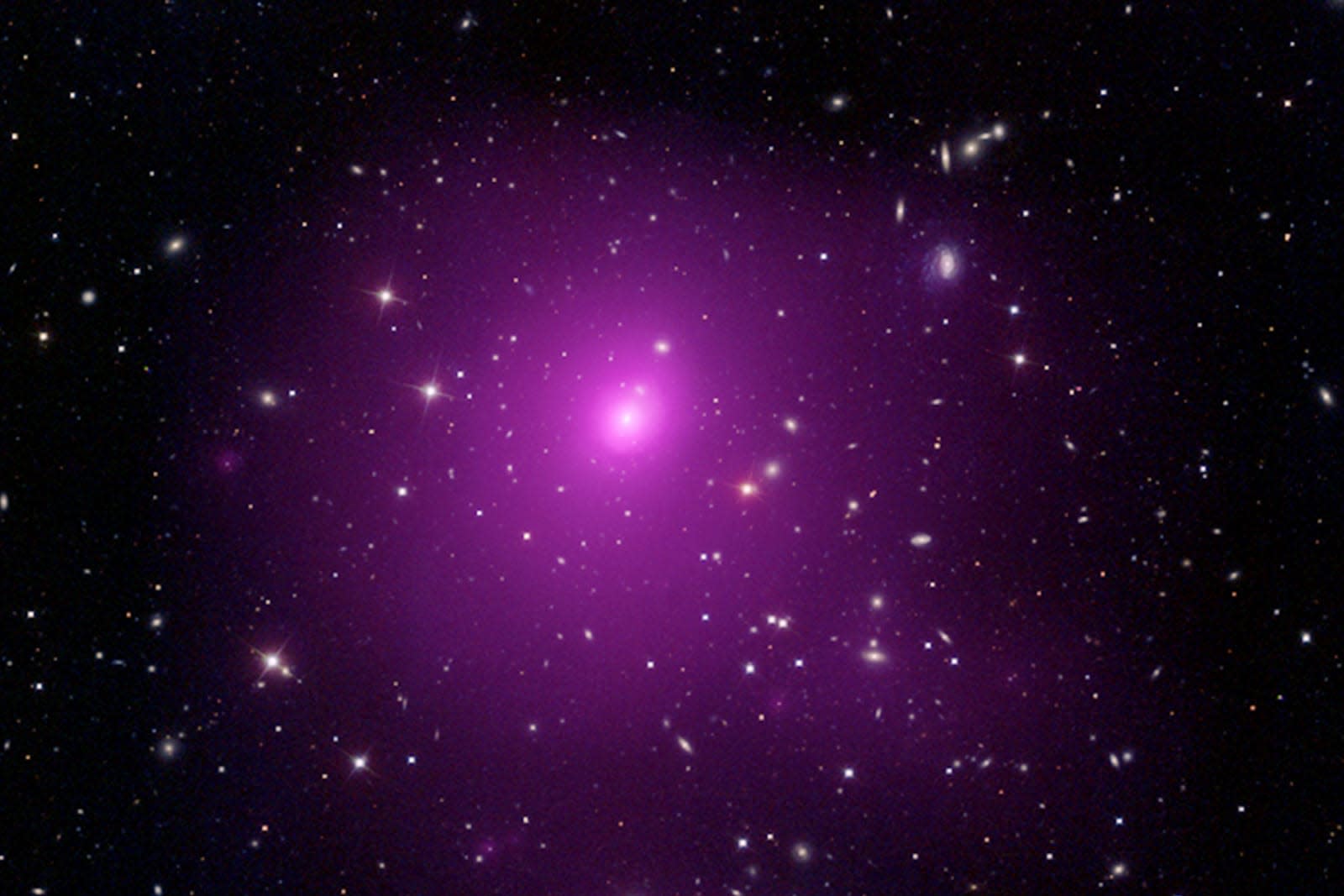 Astronomers aren't done with major black hole discoveries this year. The Max Planck Institute's Kianusch Mehrgan and colleagues have found the largest black hole ever observed at the center of Holm 15A, a galaxy about 700 million light-years away. It's more than twice as large as the previous observed record-setter at 40 billion times the mass of the Sun, and 10,000 times the mass of the black hole at the core of the Milky Way.

The team spotted the black hole using data from the Very Large Telescope array. The wealth of extra data from the Chile observatory helped them map the structure of Holm 15A in unprecedented detail, helping them run simulations to explain the galaxy's formation and its unusually faint center. Simply speaking, the black hole is so powerful and large (its radius is about 790AU) that it has either swallowed up the closest stars or tossed them toward the galaxy's edge.

This isn't necessarily the largest black hole detected. That distinction goes to the quasar TON 618 -- indirect studies suggest its black hole could be 66 billion times the Sun's mass. It's still gigantic, though, and it's about four to nine times larger than astronomers expected. The discovery could significantly expand humanity's understanding of the scale of the universe, not to mention fundamentals like galaxy formation.

In this article: abell 85, astronomy, astrophysics, black hole, holm 15a, max planck institute, science, space, supermassive black hole, tomorrow, very large telescope, gear
All products recommended by Engadget are selected by our editorial team, independent of our parent company. Some of our stories include affiliate links. If you buy something through one of these links, we may earn an affiliate commission.