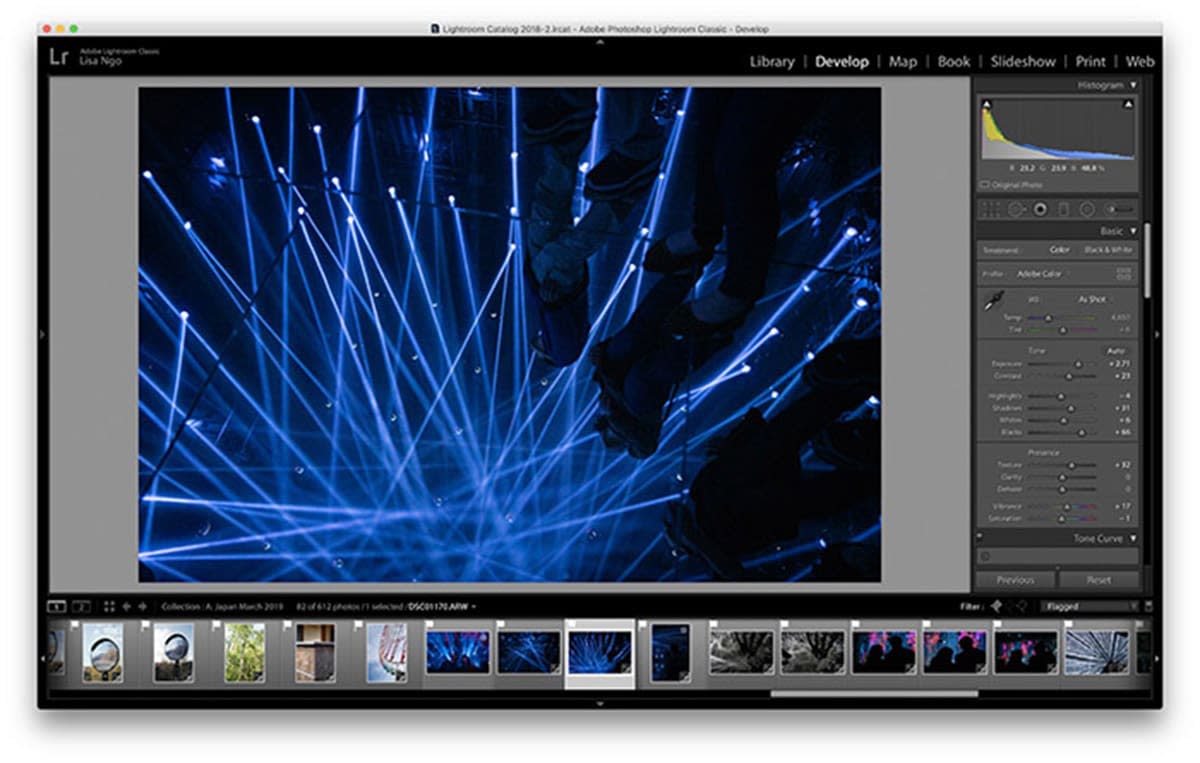 Adobe has done a good job of using your computer's GPU to speed products like Premiere Pro and Photoshop. However, it hasn't given Lightroom the same love, and with the enormous 60-megapixel-plus files coming out of cameras (and smartphones) these days, you need all the speed you can get. Luckily, Adobe has announced that the latest version of Lightroom Classic will now take better advantage of your GPU where it's most needed -- editing photos.

Adobe already supports GPU acceleration on certain Lightroom functions in the Develop and Library modules. However, the app still has a reputation for being doggy, which has prompted many users to switch to alternative products, particularly Capture One Pro.

With the new release, Adobe is promising a smoother and more responsive editing experience, especially if you're working on photos with several adjustments on a high resolution monitor (4K and up) with a powerful GPU. If you have a relatively slow system and 1080p display, though, you probably won't see much difference.

Adobe has added a few other features, like the ability to batch merge images used in HDR, Panoramas and HDR Panoramas, PNG exports, color labels for collections, and speedups to the Library module. For Lightroom CC, the stripped-down version that lets you save images in the cloud, Adobe has introduced a function that lets you recover accidentally deleted images. The updates are now rolling out (I've received it in Europe) and for more information, check out Adobe's August photography blog.

In this article: Adobe, BatchMerge, CameraRaw, cameras, design, gear, GPU-accelerated, HDR, Lightroom, LightroomClassic, Panoramas
All products recommended by Engadget are selected by our editorial team, independent of our parent company. Some of our stories include affiliate links. If you buy something through one of these links, we may earn an affiliate commission.