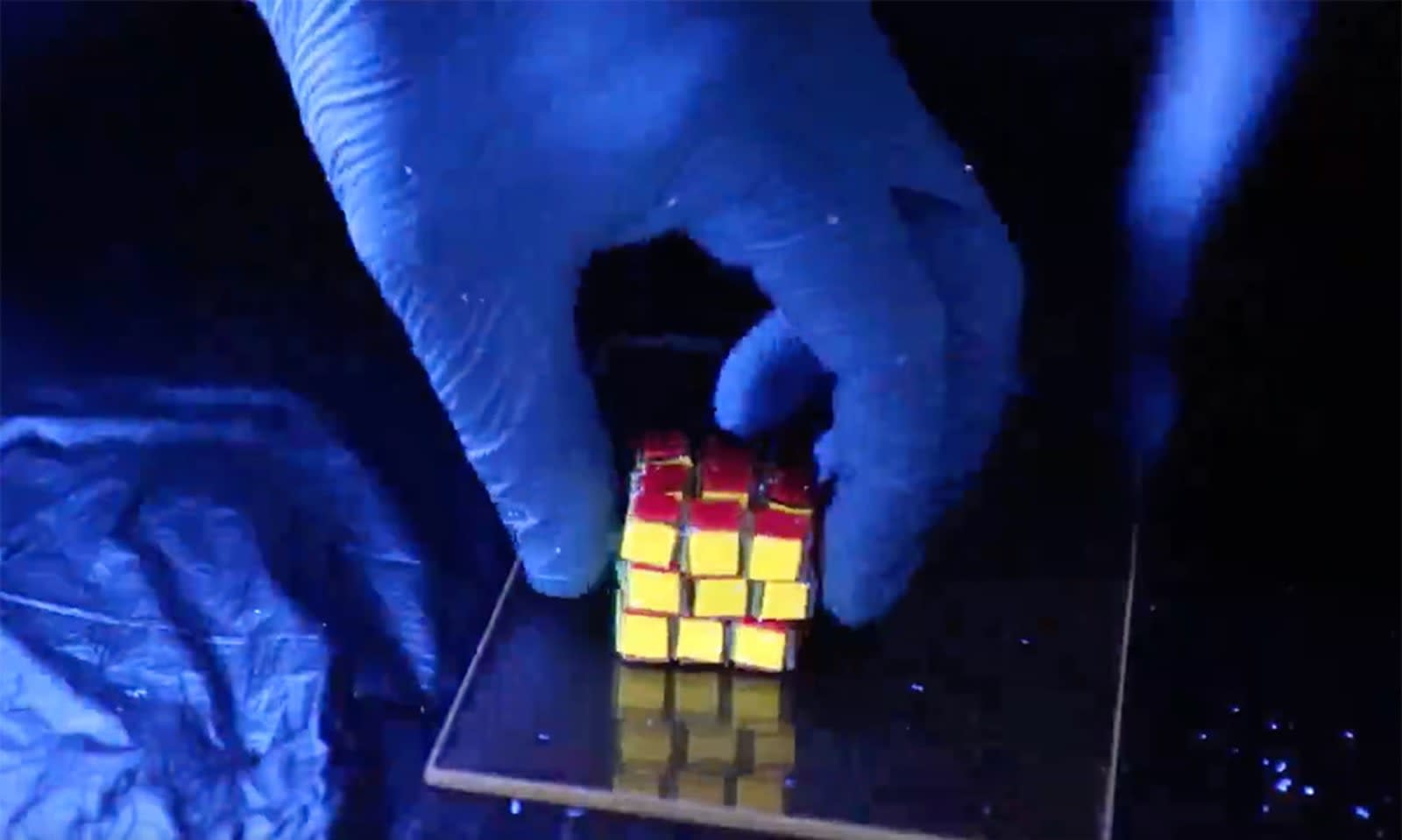 The squishy Rubik's Cube-like object created by a team of chemists from the US and China is more than just a puzzle toy you can play with. They used sticky self-healing hydrogel to make the 3 x 3 x 3 cube. That material causes each small cube to stick to each other enough after an hour, so that you can you rotate them around like you would an actual Rubik's Cube. However, the whole structure becomes permanently stuck in 24 hours after the hydrogel material forms new chemical bonds that bind the substance together.

The team has goals other than creating a squishy toy in mind, though. Ultimately, the chemists want to be able to create tiles of smart soft materials that can show medical information when placed on a person's skin. The material could be used in wearable sensors that change colors, for instance, when it detects abnormally high or low blood sugar in diabetic patients. A whole Rubik's Cube-like collection of the material could also be used to store a huge amount of information, considering the toy can form as many as 43 quintillion configurations.

Jonathan Sessler, a professor of chemistry at The University of Texas at Austin and co-author of the study, explained:

"Think of QR codes, which are patterns of black and white pixels on a two-dimensional surface used to store information. We're exploring ways to encode information in patterns of color and in three dimensions, theoretically leading to a much higher information density."

In this article: medicine, rubik's cube, tomorrow
All products recommended by Engadget are selected by our editorial team, independent of our parent company. Some of our stories include affiliate links. If you buy something through one of these links, we may earn an affiliate commission.