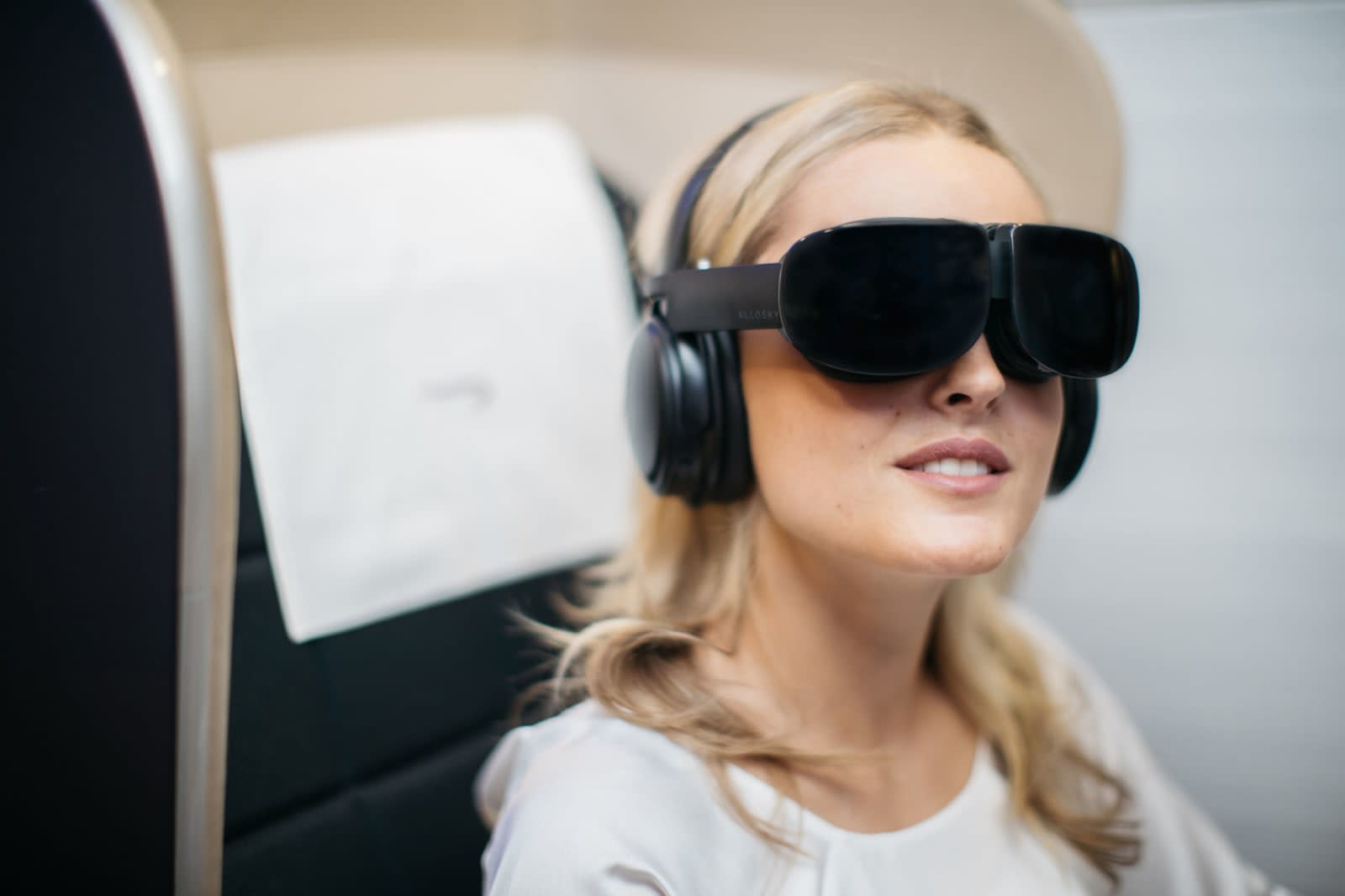 British Airways is set to trial VR entertainment on select first class flights from London Heathrow to New York JFK. From now until the end of the year, customers on these flights will have their own 3D cinema in the sky, and will be able to watch a variety of films, documentaries and travel shows in 2D, 3D or 360° formats.

The headsets come from VR company SkyLights and are fully immersive regardless of how the wearer is sitting -- they'll even work if they're lying fully flat (which is another first class luxury in itself). The line-up also includes a range of expertly-selected therapeutic VR experiences, such as guided meditation and sound therapy, specifically designed for those with a fear of flying.

British Airways is certainly not the first airline to adopt VR entertainment -- Quantas trialled it back in 2015 and Alaska Airlines did the same last year -- but it is the first UK airline to do so, and it's a massive name in the air travel biz, suggesting that in-flight VR could soon become an on-board norm.

In this article: 2D, 360, 3D, air travel, airline, av, British Airways, entertainment, flying, gadgetry, gadgets, gear, in-flight, on-board, services, SkyLights, tomorrow, transportation, VR, wearables
All products recommended by Engadget are selected by our editorial team, independent of our parent company. Some of our stories include affiliate links. If you buy something through one of these links, we may earn an affiliate commission.