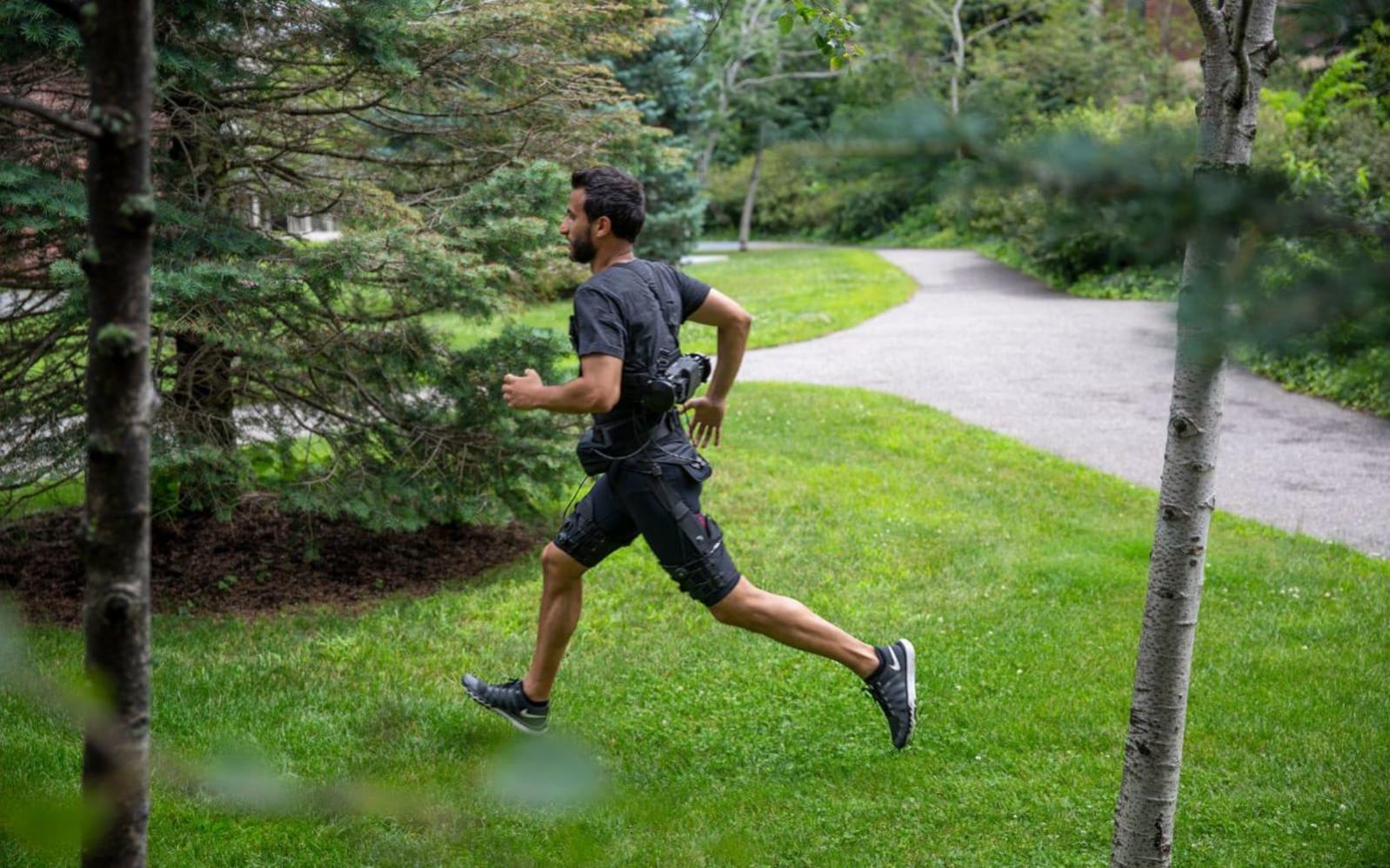 Robotic devices have been used to help people walk or run in rehabilitation settings, but until now, they've been tethered and limited to a single action, like walking or running. In a paper published in Science today, a team of researchers explain how they're going to change that. The researchers -- from Harvard University and the University of Nebraska Omaha -- have developed a portable exosuit that uses AI to assist users with both walking and running.

The robotic exosuit is part of DARPA's former Warrior Web program and has been years in the making. Worn at the waist and thighs, it's designed to work with the wearer's gluteal muscles by adding torque to the hip joint. An actuator attached to the user's lower back is controlled by an algorithm and allows the exosuit to adjust to different gaits. In early tests, the device reduced users' metabolic rates when walking by nine percent and by four percent when they were running, compared to when they walked or ran without assistance.

The researchers hope this could be used outside of rehabilitation settings, helping anyone move with ease, no matter if they're running, walking or doing a little bit of both. They admit the metabolic reductions are modest, but they say this is proof that a wearable robot could assist with more than one activity. That could be helpful in our bionic future. We'll see how long it takes before the technology is miniaturized to the point that someone tries to cheat in a road race -- like pro cyclists have done with tiny motors on their bicycles.

In this article: actuator, adaptive, ai, algorithm, assistance, exosuit, gear, harvard university, medicine, metabolic rate, rehabilitation, researchers, robotic, robots, running, tomorrow, university of nebraska omaha, walking, wearable, wearables
All products recommended by Engadget are selected by our editorial team, independent of our parent company. Some of our stories include affiliate links. If you buy something through one of these links, we may earn an affiliate commission.