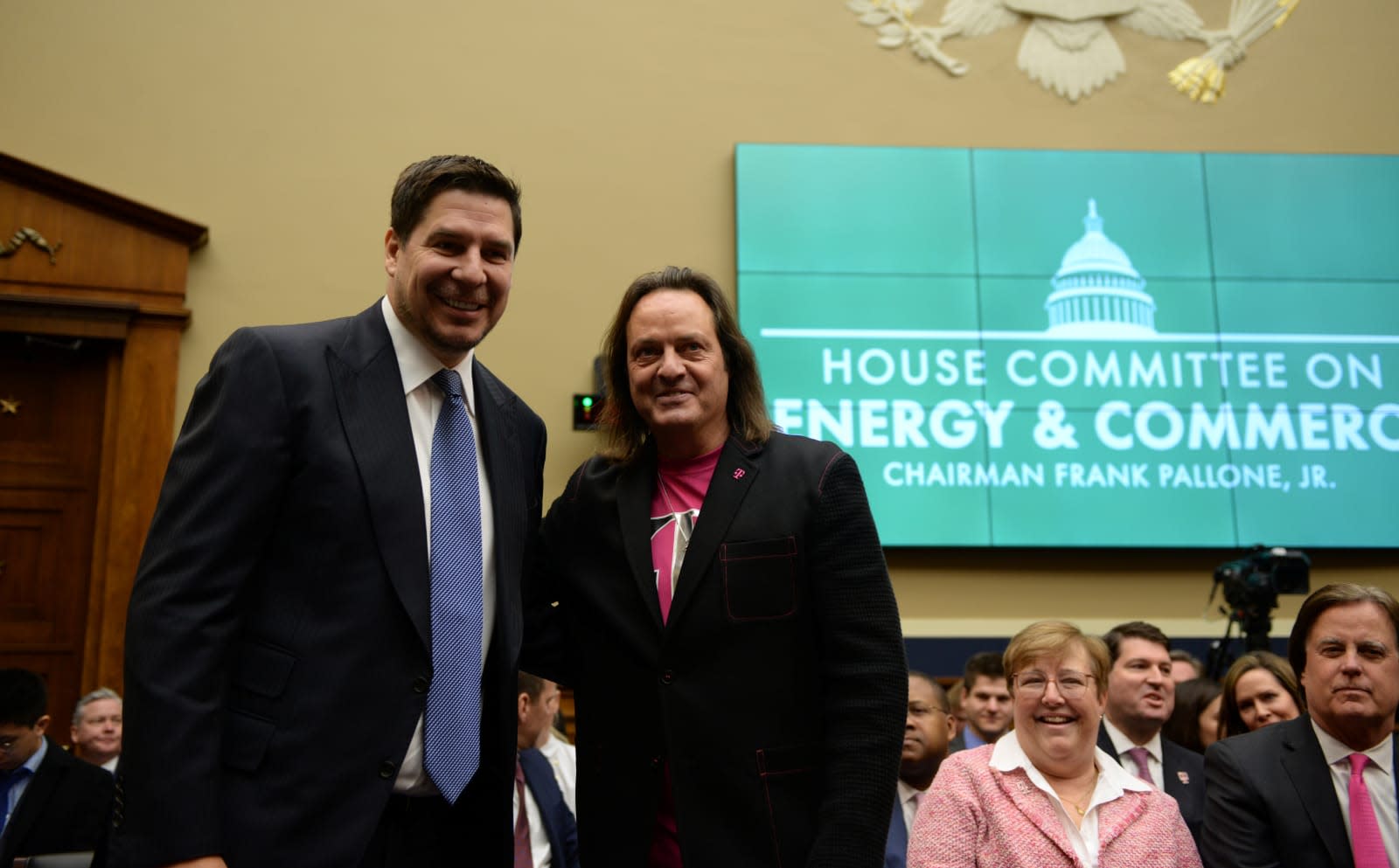 T-Mobile and Sprint found a powerful ally in FCC Chairman Ajit Pai, who officially endorsed the merger after the DOJ's conditional approval in August. In fact, Pai asked the FCC's commissioners to vote in favor of the deal, and the two Republican members (out of four) already expressed their intention to support it. Now, as noted by The Verge, a group of Democratic lawmakers is urging the FCC to delay its formal vote. Minnesota Democratic Senator Amy Klobuchar has written a letter addressed to the chairman, persuading him to seek public comment on the proposed merger in light of the Justice Department's conditions.

The DOJ only endorsed the deal after the carriers agreed to sell parts of their business, including Boost Mobile, to Dish. T-Mobile also has to give Dish robust access to its mobile network for seven years. The idea is for the cable provider to create a new industry player that will replace Sprint, which is known for offering aggressively priced promos to subscribers.

Part of her letter reads:

"As we have previously stated, we have major antitrust concerns regarding the impact of the proposed T-Mobile/Sprint merger on consumers, competition, and the public interest...

...the Consent Decree relies on an uncertain assumption that the harm to competition resulting from the loss of Sprint from the nationwide mobile wireless marketplace would be offset by Dish's replacement of Sprint as a national competitor. The risk posed to consumers if Dish Network fails to compete effectively or build its new wireless business is substantial. Therefore, the public deserves the opportunity to evaluate and comment on this proposal as part of the FCC review process...

...For these reasons, we urge the FCC to issue a public notice and seek public comment on the proposed merger as altered by the Consent Decree and the terms set forth in Dish's extension request letter prior to its consideration of the merger to determine if this transaction is in the public interest. The public should be able to trust that the FCC's process is fair, transparent, and based on a thorough examination of all of the relevant evidence."

Democratic FCC Commissioner Geoffrey Starks tweeted something similar recently, arguing that the commission shouldn't rush its vote without asking for public input given the sheer size and scope of the deal. Whether Senator Klobuchar's letter manages to sway the FCC in a way a multi-state effort to block the merger can't seem to remains to be seen. Based on what a commission spokesperson told The Verge, though, the agency still isn't convinced it should delay its official vote:

"This transaction has been pending in front of the Commission for more than a year, and there have been multiple public comment cycles. Moreover, the commitments offered by T-Mobile and Sprint to the Commission have been public since May, and many parties have submitted comments about them. The time has come for Commissioners to vote and for this proceeding to be brought to a close."

In this article: business, FCC, gear, mobile, politics, sprint, t-mobile, verizon
All products recommended by Engadget are selected by our editorial team, independent of our parent company. Some of our stories include affiliate links. If you buy something through one of these links, we may earn an affiliate commission.