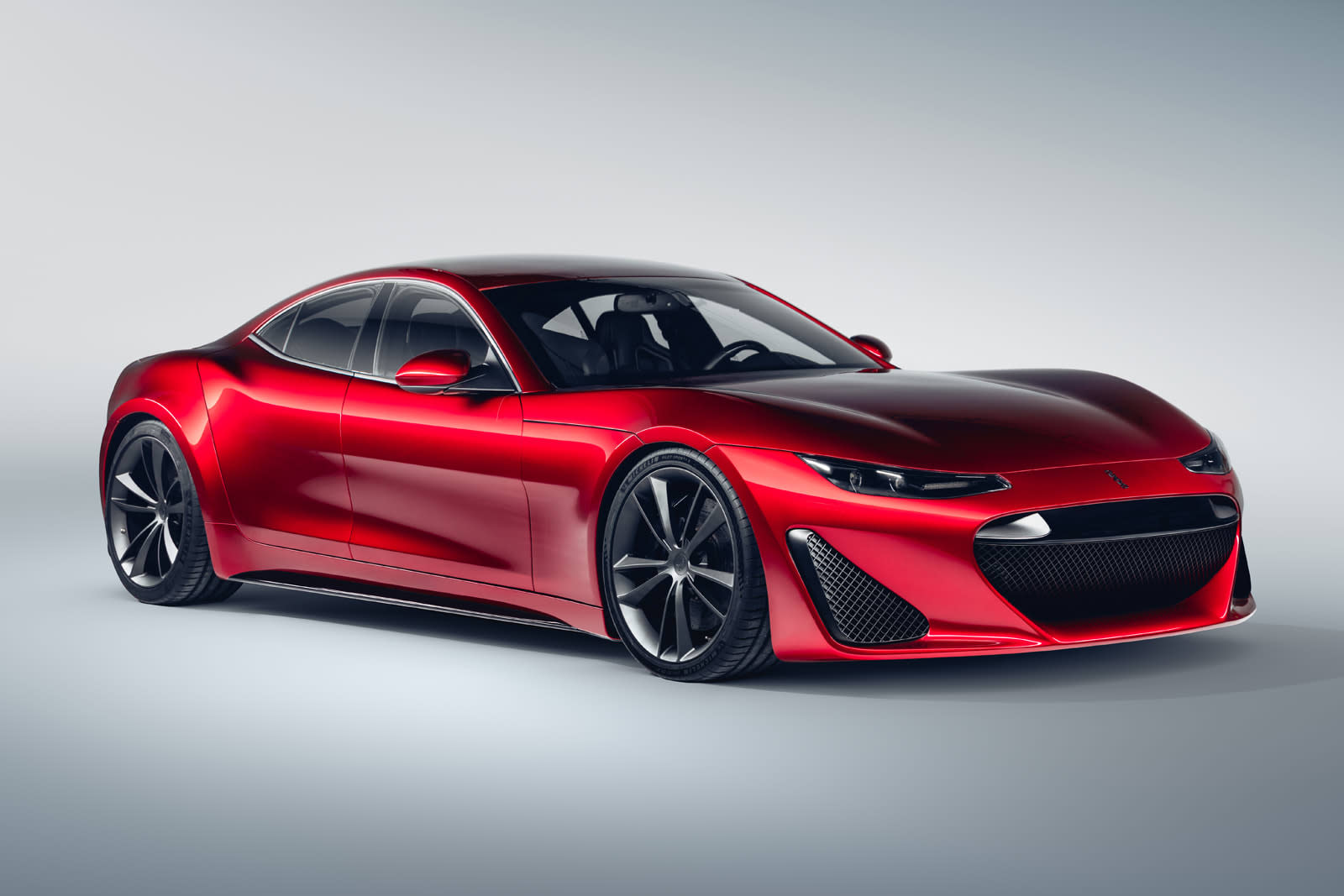 The new Tesla Roadster won't be the only wildly overpowered electric supercar arriving in the near future. Drako Motors (a startup created by Barracuda Networks co-founder Dean Drako) has unveiled the GTE, an electric sedan that's built to take on the most powerful cars regardless of their powerplant. It revolves around a four-motor direct drive system that delivers 1,200HP and a whopping 6,500ft/lb of torque -- while that's not the most horsepower ever (a Bugatti Chiron musters 1,479HP), it could have fearsome off-the-line acceleration. The company hasn't delivered an official 0-60MPH time just yet, so it can't quite claim bragging rights.

The machine also touts a 206MPH top speed -- again, not the fastest, but it's quicker than you normally expect for high-performance EVs. You can also expect high-performance parts including Brembo ceramic brakes and an Öhlins suspension. It's based on a Fisker Karma chassis, but that also allows room for four people and their cargo.

If there's a concern, it's the longevity. Drako is powering the GTE with a 90kWh battery, and hasn't estimated the range. A four-motor setup with that kind of power could put serious strain on the the battery pack -- don't expect to travel great distances if you're enthusiastic with the throttle. It'll top up relatively quickly with 150kW DC fast charging, at least.

One thing's for certain: Drako is committed to a real-world launch. Production is starting shortly, and the first GTE deliveries are expected to start in 2020. The biggest obstacle is simply the exclusivity. The automaker is only producing 25 examples, each of which will start at $1.25 million. Tesla's $200,000 Roadster will seem like a mass-produced bargain in comparison. However, that's not really the point. This is more of a statement car that shows EVs can compete with the best of the best.

In this article: drako, drako gte, electric car, electric vehicle, ev, gear, green, gte, supercar, transportation
All products recommended by Engadget are selected by our editorial team, independent of our parent company. Some of our stories include affiliate links. If you buy something through one of these links, we may earn an affiliate commission.