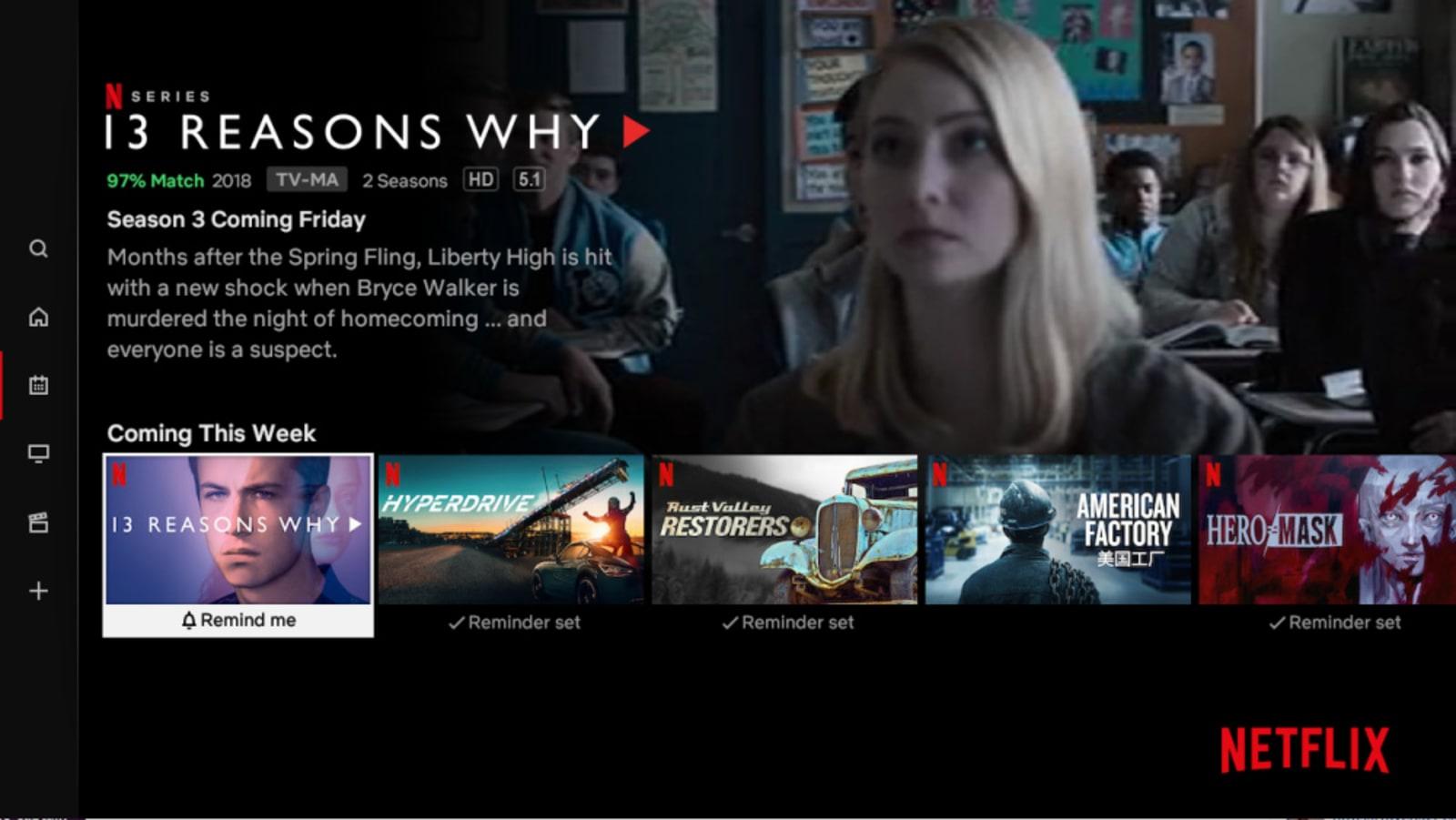 Netflix has debuted a new tab in its TV app's sidebar that could make it a lot easier to find new things to watch in the coming days. According to Variety, the new "Latest" tab has already started rolling out to subscribers accessing the service through their smart TVs, streaming devices and game consoles on Monday. It's a similar but separate feature to its "Coming Soon" tab for mobile, and it will list all the service's new releases, along with the shows and movies coming out the next week and the week after that.

Upcoming titles will be listed with a preview video, so viewers can get a glimpse of what they're about. Netflix has been playing previews when users click on their listing for quite a while now, but putting them all in one place is -- as the streaming giant's director of product innovation Cameron Johnson told Variety -- like getting to see trailers for upcoming titles when you watch a movie in the theater. "People love that experience," he added.

The publication says the section will be tailored for each member and will be updated several times a day. It's clearly an attempt to combat the content overload consumers have been feeling and will continue to feel with the launch of Disney+ and Apple's TV+. While we'll have to wait and see just how effective it is in solving that problem, Johnson said the company conducted a very successful testing of the feature. We hope that means it could truly help viewers decide what to watch in an era where deciding on what movie to play could take more time than the movie itself.

In this article: entertainment, internet, netflix, tv, tv app
All products recommended by Engadget are selected by our editorial team, independent of our parent company. Some of our stories include affiliate links. If you buy something through one of these links, we may earn an affiliate commission.