Ever plop your kids in front of some purportedly educational screen-based thing because you need 15 minutes of peace? Maybe, like me, you say to yourself, "It's 15 minutes. It's an educational app. It's not so bad. I just need to start dinner." There's nothing wrong with this, in theory. As a parent of two small children, I've learned lots of things. One thing that's helped: Kids love media.

Apps. Shows. Games. You name it -- if it's screen-based, kids (and their parents) readily engage. There's a lot of media out there that claims to be "educational," a term I secretly think marketers use to make the likes of me feel less guilty when we JUST. NEED. 15 MINUTES. OF PEACE. (Or an hour. Sometimes we need an hour.)

It's one thing to know and accept that you're buying yourself some time by sticking your kids in front of a screen so you can wrangle dinner. It's another thing entirely to tell yourself that the app, the game, or whatever is totally OK -- desirable even -- because it's educational. 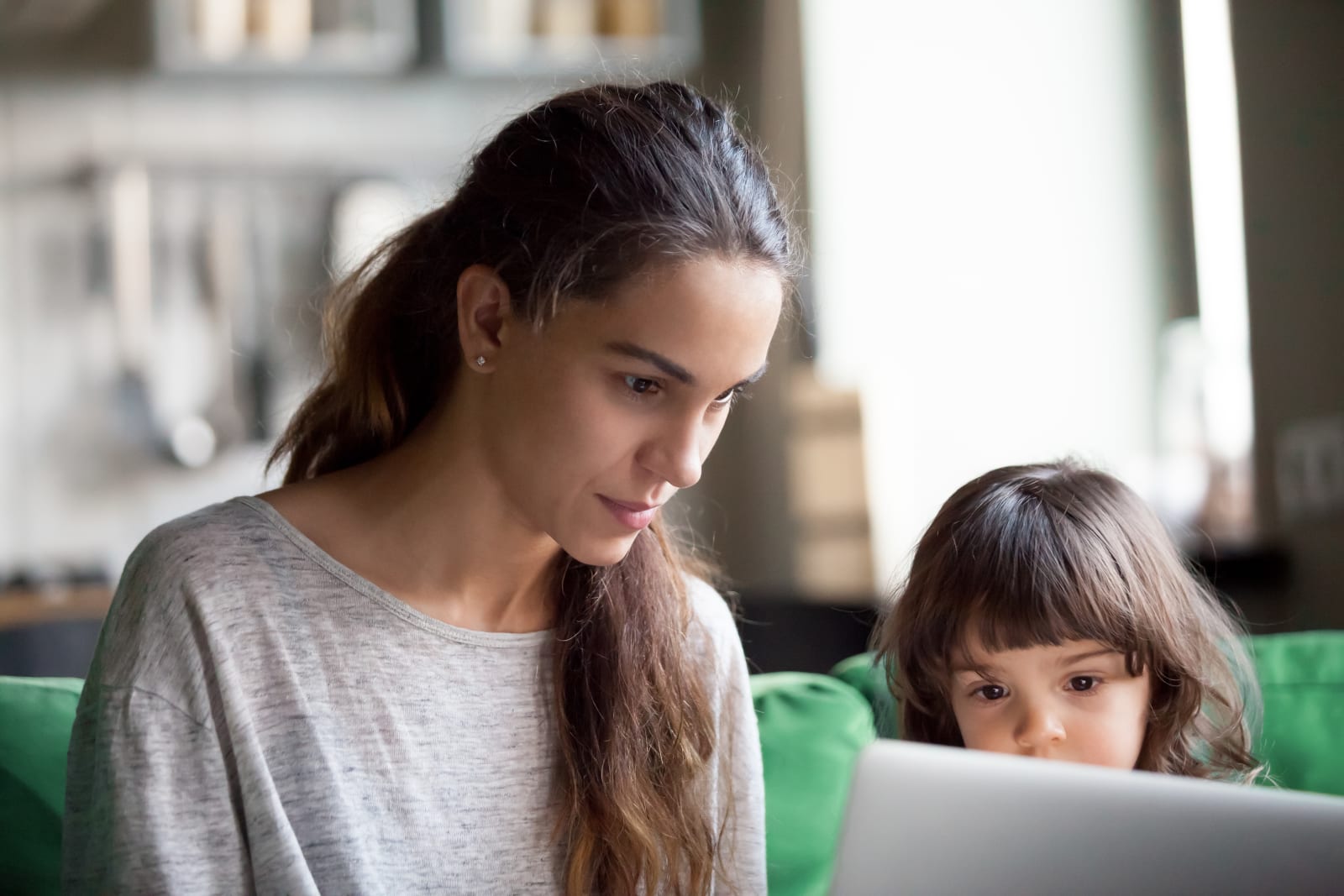 Over the past two years or so of watching my kids, albeit tight-leashed, interact with technology, I developed this theory that all this supposed educational stuff wasn't really making them smarter. It was entertaining them, sure. And kind of keeping them engaged when I needed a few minutes. And here and there they'd come out with some science fact from Nature Cat (which, by the way, is awesome) or a lovely idea about kindness that they'd practice for exactly three seconds before knocking each other out.

As for their overall intelligence? I wasn't convinced that any of this was making my kids smarter. I thought maybe it was even making them dumber -- less curious, less inventive, maybe even a little meaner. And no parent I know wants to say, "I made my kids less than their potential." Parents want to see their children excel in whichever way they can.

Let's back up for a second: I don't think intelligence means fact-stuffed brains -- although knowing real facts helps (yes, sadly, we have to distinguish between real facts and fake "facts" in 2019). It does mean the ability to think critically, to ask questions, to identify problems and experiment with solutions, and to know when to persist. And I'll throw this in there: I think kindness needs to fit into the equation. Emotional intelligence is intelligence, too. Just sayin'.

I had a few ideas of my own, but I'm not a trained expert. So I tracked some down and talked to a few experts in the field: Dr. Ximena Domínguez, director of early STEM research at Digital Promise, Dr. Joseph South, ISTE's chief learning officer, and Dr. Seeta Pai, WGBH's executive director of education.

All three work on making quality tech accessible for teachers, parents and students while paying close attention to closing the digital-learning gap. They all had shockingly similar answers to my questions -- and offered great advice for parents, to boot. 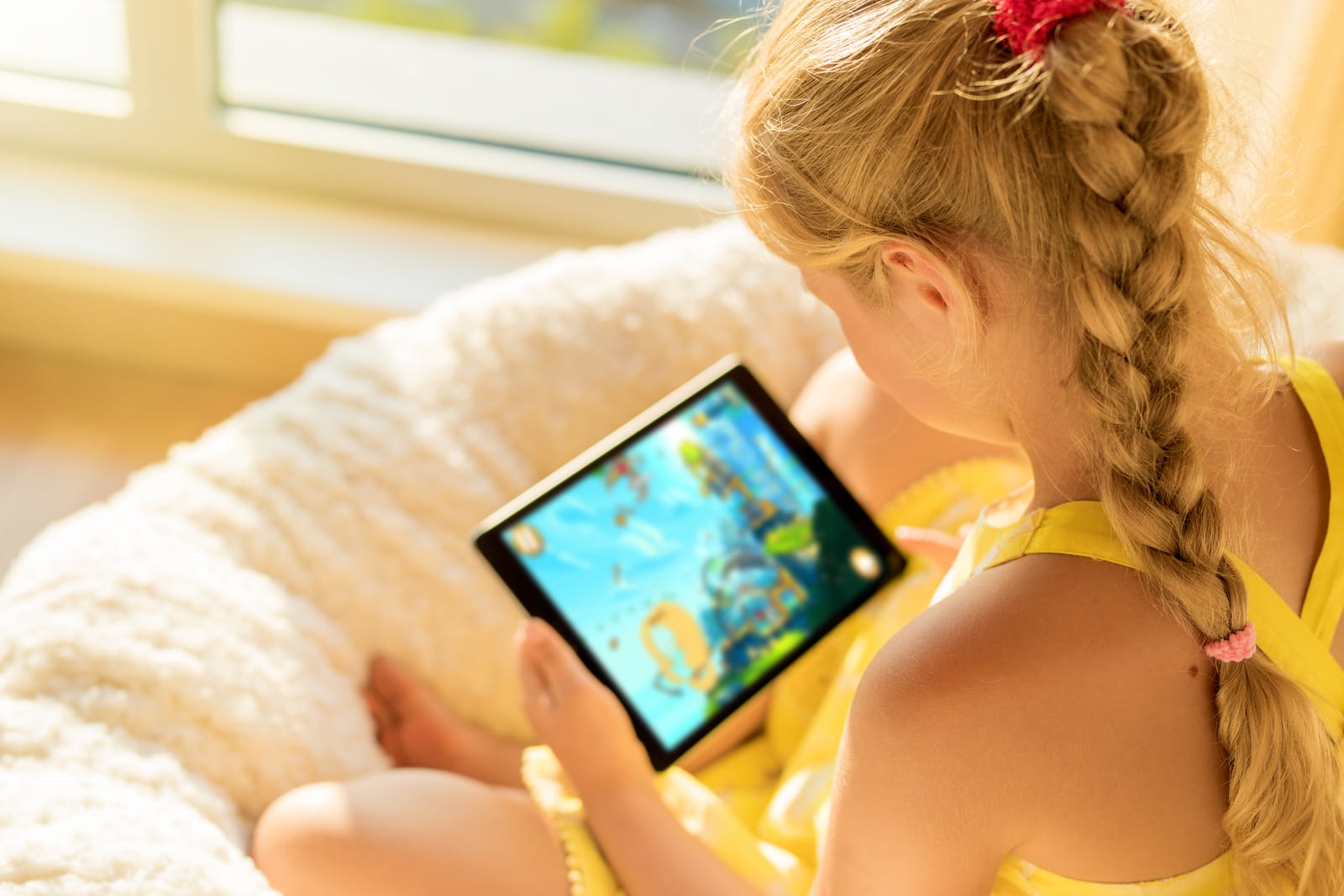 So the answer to the big question of whether tech makes kids smarter is a resounding ... it depends.

Hands down, everyone said something to this effect: Not all technology is created equally, and as parents (and educators) we need a way to curate choices. Yes, they all used the word "curate."

Dr. South gave the example of a magic marker. Whether it's good or bad technology is all about how it's used. If it's used to scribble on the wall, it's not so good. But if it's used to draw a beautiful picture of a rocket that your kid then explains to you, then clearly, it's good.

As Dr. Domínguez said and all echoed, "It depends on the type of media, who's using it, with whom and for what purpose."

Dr. Pai offered a parallel way to think about media: as part of a diet. "Usually, you try to eat a nutritious meal," she said, but sometimes, as Dr. South echoed, "you let your kid have a cupcake."

As long as it's not a diet entirely of cupcakes, you're probably OK.

Tech is not inherently good or bad, said Dr. Pai -- the "content, features, how it's used, for whom and by whom" all matter.

They also said tech is much more effective for younger learners when they interact with adults, explaining that giving kids the opportunity to create things with technology, rather than passively consume it, is better.

So, while Nature Cat is hilarious and has a few cool science facts sprinkled in (and it's a better choice than some R-rated movie), it may not be the best option if I want my kids to interact with something truly educational. If I want wholesome entertainment with an educational edge, though, it's spot-on. Maybe it's a cupcake nibble.

It might even be a nibble from a healthy cupcake (still a cupcake, though!) if I ask my kids about the episode later or we research something they learned while they watched.

Dr. Domínguez explained that media needs to be designed purposefully. She said that there needs to be "a clear blueprint" for educational media that defines what it's supposed to do. The success of the media can then be measured against those goals.

What is the purpose and goal of a digital math game my son's school recommended? I'm not sure. He has a blast watching his avatar swing from a rope while looking at math facts, though. Educational? Maybe. He's practicing math. Entertaining? Definitely. He's virtual-rope swinging.

Dr. South warned of apps that only appear educational. He said, "I'm concerned when people use apps to drill information. It's not educational." He explained that kids need to be thinking about ideas, making connections, asking questions, finding answers and solving by creative thinking -- and they can certainly use technology to do that.

Dr. Domínguez added that children need to interact with media that encourages them to persist, to ask questions and to create.

Do I always pick the media with the most purposeful design for my kids? I don't know. But Dr. Domínguez and the folks at Digital Promise are working hard to create some tools for parents and teachers to do that. Drs. Pai and South had some suggestions, too.

The hands-down winner? Common Sense Media. All three experts concurred, and Dr. Pai said it was the "most comprehensive, parent-friendly, research-based" resource out there.

What's so great about it? You can check nearly any app, show or movie for your kid and get an instant sense of its purpose and design by checking the rating. You can gain a more in-depth sense of the media by reading the reviews. Dr. Pai also recommended a subscription-based resource called the Children's Technology Review, which focused more on apps and games.

Dr. South shared an idea that he practices with his 12-year-old. Any time his son wants to watch or play something new, he has to research and present to his father three credible reviews, why he wants to use it and why it's a good use of his time. Dr. South said it's been a great exercise for both of them in learning what's credible and having frank discussions about what they value as a family, and why.

Dr. South said, "Parents need to develop a way to make these decisions. As parents, we don't always make great screen-time choices either." This exercise makes those choices more intentional.

It's a strategy I'll practice with my kids when they're ready. At 5 and 7, they're not quite there.

This stopped me in my tracks. Dr. Domínguez said, "Technology needs to connect to everyday lives. It should not be used to replace hands-on or social interaction."

When I tap an app and park the kids in front of something for a few minutes, I'm replacing social interaction. And perhaps I've been kidding myself when I use educational media. I use it to entertain. I use it for babysitting sometimes. That "educational" label does what marketers want. It soothes my conscience.

Not definitively, but don't worry too much. Dr. South said, "There's enough good stuff for a kid to do on a screen that you can feel good about." He added that it's OK to occasionally use a screen as a babysitter, saying, "I don't want parents to feel deep-seated guilt ... but the thing that you hand your kid on the screen matters a lot. Use it as a tool."

Dr. Pai said that using tech as a babysitter is OK sometimes. "For the single parent working three jobs who comes home to make a home-cooked dinner, it's much better for that kid to sit in front of good TV or an app while dinner's cooking rather than get fast food or the drive-thru." Her point? It's better for the kid to have a home-cooked meal with a parent rather than fast food, and if mom needs a "babysitter" while she's cooking, so be it.

There are always tradeoffs.

Where does this leave us parents trying to raise smart-as-they-can-be kids in this technologically infused world?

I asked Dr. Domínguez what she thought made kids smarter -- after all, she's done a ton of research on the subject -- and how technology fit into all of that.

She said, "I really think that what makes kids smarter is the quality of the interactions they have with primary caregivers." She explained that adults listening and responding to children's' interests, the quality of the language we use with them, and how we pose questions engage their brains in positive ways. 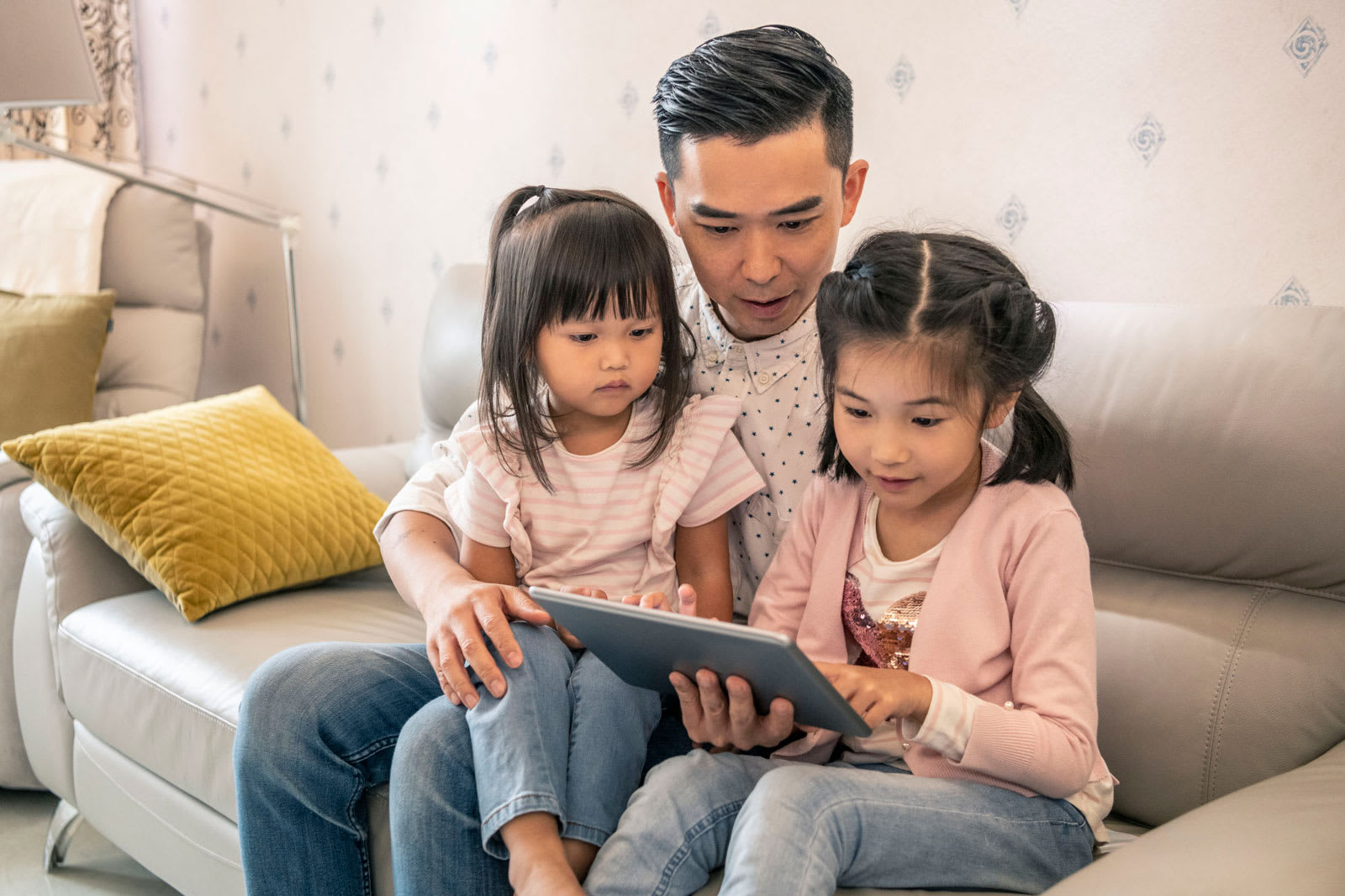 Dr. South and Dr. Pai echoed similar sentiments. It's most important, they said, that you take a balanced approach, consider your values, and educate yourself to make the best decisions possible.

And tech can play a role in that. That's one reason Dr. Domínguez is so excited about STEM. She said, "STEM invites children not only to learn facts but to ask questions. Where children can find ways to answer questions and solve problems -- those experiences allow children to develop skills in all kinds of areas."

Maybe that math app isn't so bad for a few minutes! Maybe there's something to be gained from all those episodes of Nature Cat!

So. Does tech make kids smarter? Not by itself. It's just a tool. What matters most is how it's used, why it's used and with whom kids use it. It's about ensuring your kids have intellectually stimulating experiences, not just throwing tech at them.

And when you just need a few minutes? Make the best choice you can in the moment. And don't beat yourself up about it.