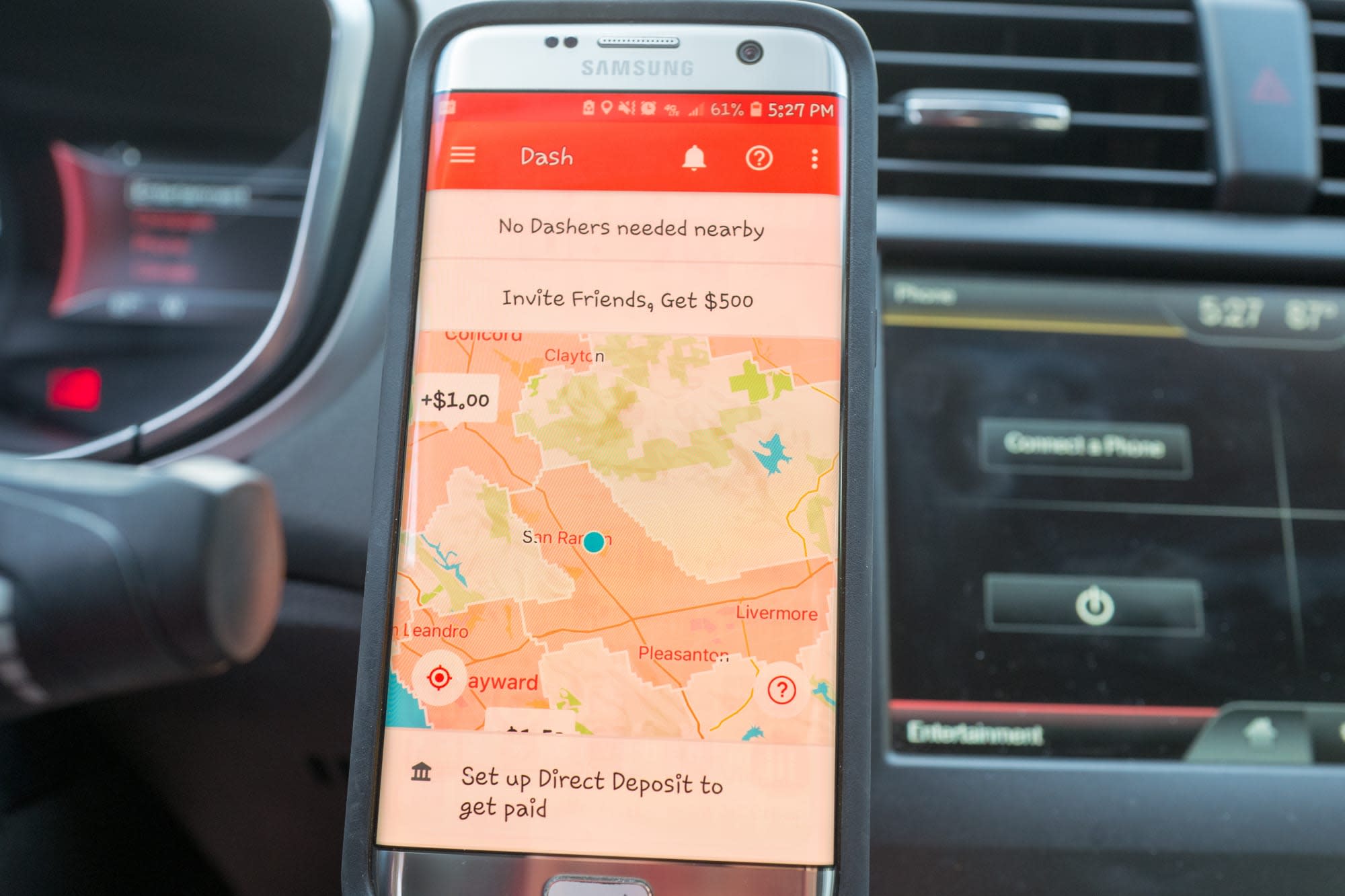 DoorDash drivers will earn 100 percent of tips under a revamped set of rules on pay. The delivery service today announced a new tipping and earnings policy that it claims will lead to drivers earning more on average. The development comes more than a month after news reports exposed the company for pocketing its driver's tips. In response to the widespread backlash, DoorDash CEO Tony Xu promised it would reevaluate how it pays its workers.

Under the new policy, DoorDash drivers will receive a base pay that ranges between $2 to $10, and is estimated based on factors like distance, duration and the desirability of the job itself. "Deliveries that are expected to take more time, that require Dashers to travel a longer distance, and that are less popular with Dashers will have higher base pay," wrote Xu in a blog post announcing the revamped policy. On top of that, drivers will be able to pocket 100 percent of the tips they receive from customers. DoorDash was originally criticized for its practice of subsidizing worker's pay with the tips they receive from customers.

Drivers will also have the chance to earn extra income for deliveries made during peak times or for especially high performance. These promotions will be known as "Peak Pay" and "Challenge Bonuses", and will roll out to drivers over the next several months.

Workers will also be able to see the full amount of potential earnings from a delivery up-front, before they choose to accept a job. Same as before, drivers will receive a breakdown of their earnings after delivery.

In light of backlash over the unfair tipping policies practiced by InstaCart and other gig economy delivery services, DoorDash was the last holdout. Its decision to cave is proof that companies are still receptive to public outcry over the welfare of its employees. Amazon today also announced that it would end similar tipping practices for its drivers.

Still, it appears that optics are DoorDash's primary concern, rather than treating its drivers fairly. Even though Xu announced that changes were in store back in July, Recode noted that delivery drivers still have had to work under the old policy for an entire month. And it looks like they'll have to wait a while longer. DoorDash says it expects to roll out the new tipping policy in September. In other words, it will continue pocketing its driver's tips until that point.

In this article: business, delivery, doordash, food and drink, food-and-drink, foodanddrink, gig economy, tomorrow
All products recommended by Engadget are selected by our editorial team, independent of our parent company. Some of our stories include affiliate links. If you buy something through one of these links, we may earn an affiliate commission.