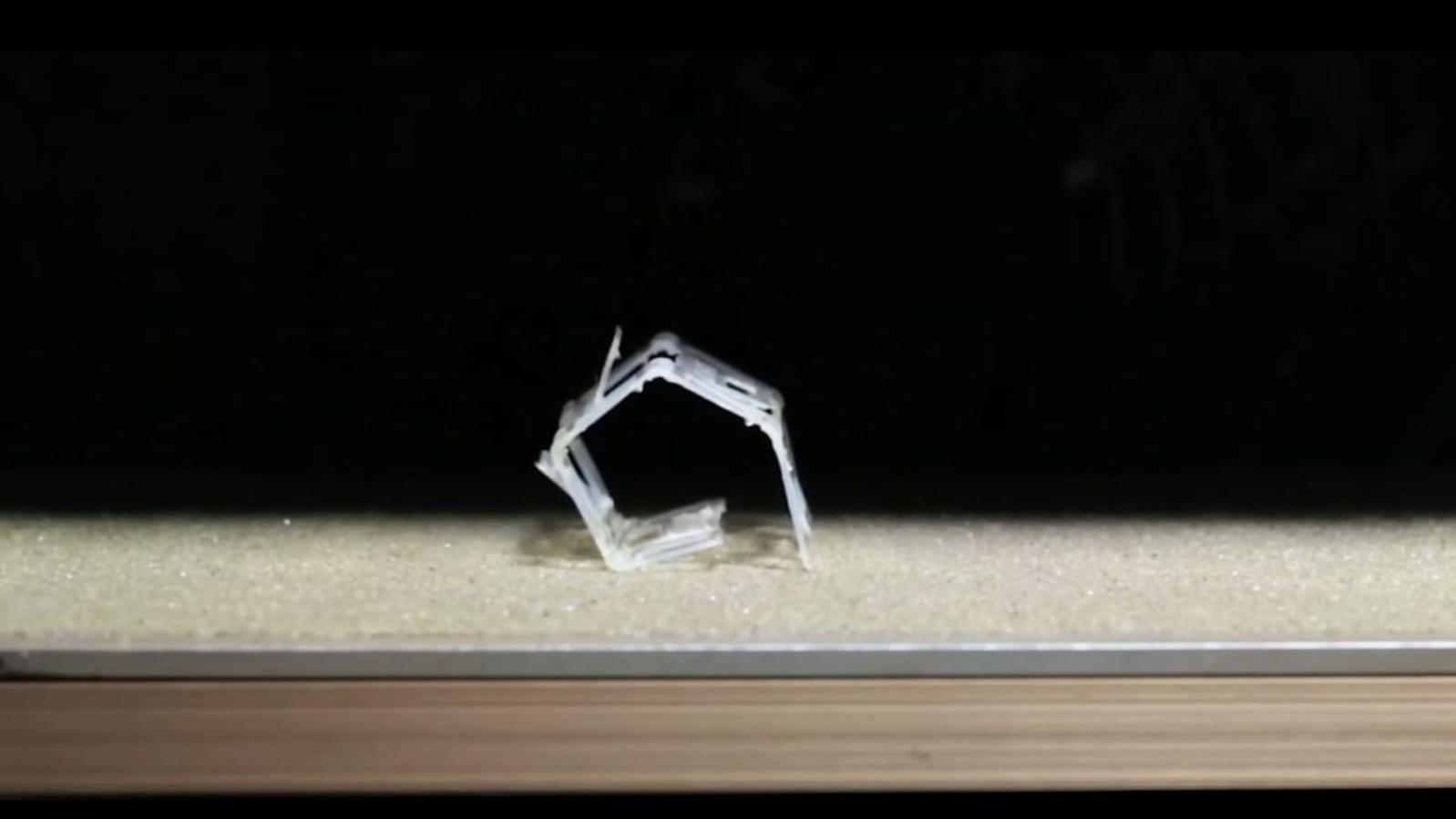 Soft robots have potential applications in everything from space exploration to health care, as they're able to change shape depending on the needs of their environment. Most soft robots need to be "tethered" though, meaning they need to be attached to a cable which supplies compressed air or instructions. Now, a team of scientists has come up with an untethered soft robot which is able to change its shape in response to heat.

In a new paper in Science Robotics, a team from Caltech describe using sets of folds like origami to create a flexible soft robot. They created two different type of hinges which fold at different temperatures, so when the robot is heated it folds in a specific order.

The advantage of the hinges is that they allow the robot to be configured into different shapes but within set parameters. Other soft robots have blobby bodies which are difficult to predict and control, but the hinging robots only need to be deformed in the small area of the hinge.

One robot they made using this technique is the Rollbot, which begins as a flat sheet 8 centimeters by 4 centimeters in size. When the Rollbot is placed onto a hot surface, its hinges fold and it becomes a pentagonal wheel.

When the Rollbot has achieved its wheel shape, its sides come into contact with the hot surface and hinge out another set of panels which push the robot forward. The robot can roll essentially autonomously.

"These untethered structures can be passively controlled," Arda Kotikian, a graduate student at Caltech's School of Engineering and Applied Sciences, explained. "In other words, all we need to do is expose the structures to specific temperature environments, and they will respond according to how we programmed the hinges."

While these robots are controlled with temperature, future versions could be controlled by other factors like light, pH or humidity. Being able to manipulate active materials in this way "enables the design and fabrication of entirely new classes of soft robotic matter," according to Jennifer A. Lewis, Professor of Biologically Inspired Engineering at Caltech.

In this article: caltech, robots, soft robots, tomorrow, untethered soft robots
All products recommended by Engadget are selected by our editorial team, independent of our parent company. Some of our stories include affiliate links. If you buy something through one of these links, we may earn an affiliate commission.