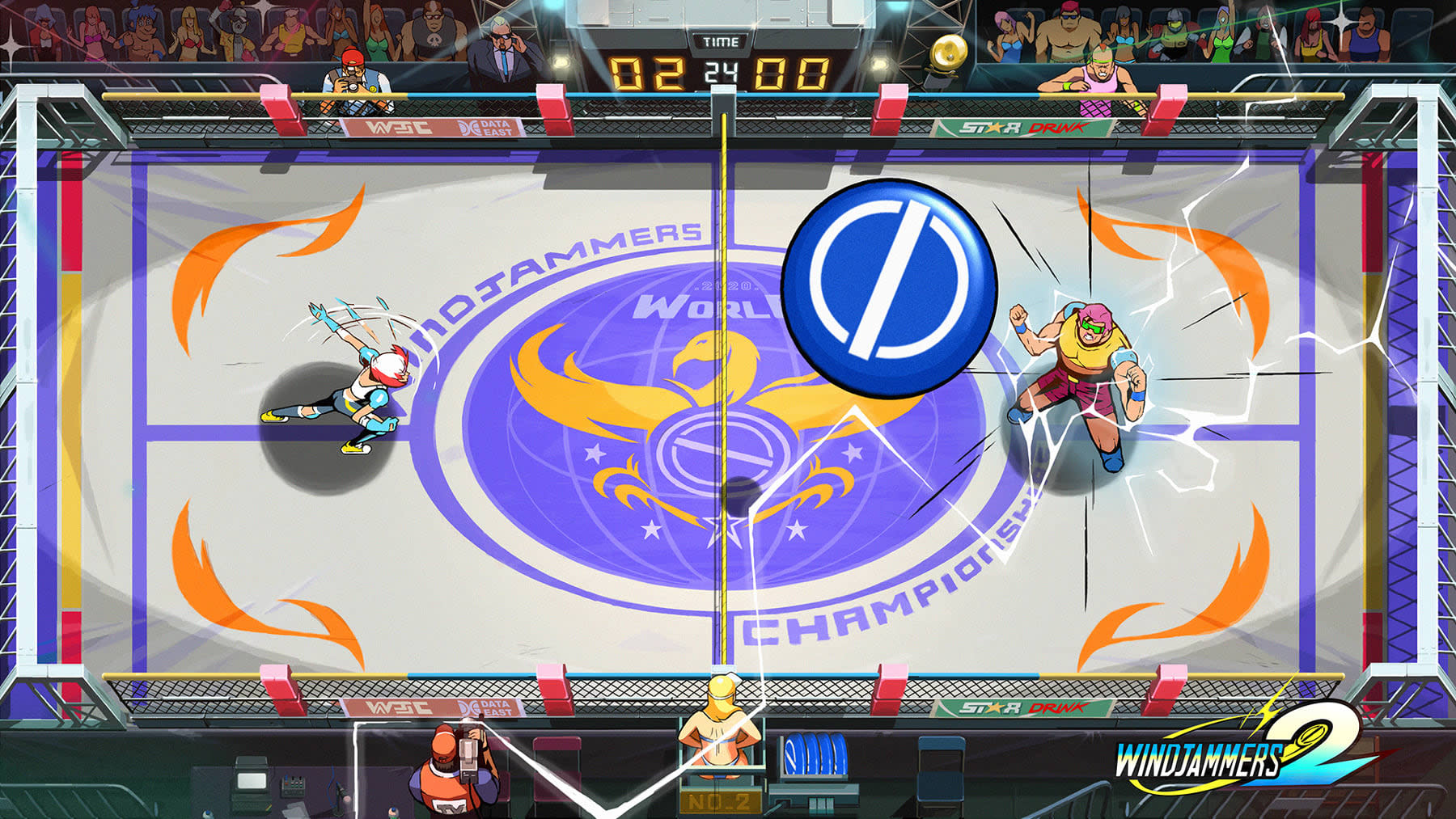 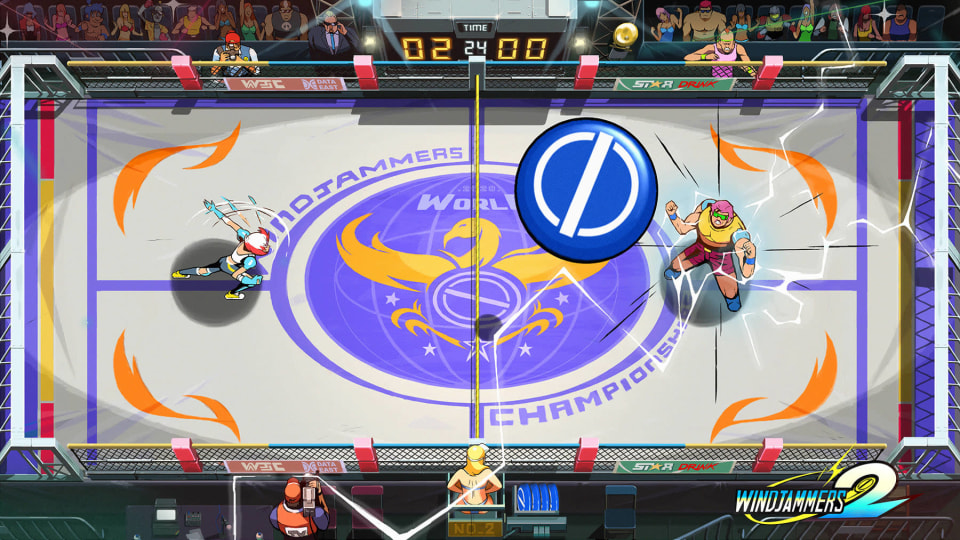 Windjammers is basically Pong on steroids. The original, released for the Neo Geo arcade system in 1994, had two players throwing a frisbee -- sorry, "ultimate flying disc" -- across a net. If you managed to hit the opponent's end zone, you got some points. Simple, right? Yes and no. Lobs, curved shots and character-specific special moves added a surprising amount of strategy to each game. And now, there's Windjammers 2. The sequel, developed by French studio Dotemu, has a brand-new art style and some extra mechanics to keep the action and inevitable mind games fresh.

It is, in a word, brilliant.

First, a quick breakdown of the controls. As before, you move with the left analog stick and execute both a basic throw and dash with the bottom face button (X on PS4, A on Xbox One, etc.) You can throw the disc quickly or slowly with a timed button press, and change its trajectory -- with a slight curve, for instance, or diagonally so it bounces off the top or bottom wall -- by pushing the stick in a specific direction. The lob has been shifted to the right button (circle on PS4, B on Xbox One, etc.) and, depending on your timing, can now be converted into a tactical drop-shot or slap-shot.

Dropshots add a whole new dimension to the game. In the original Windjammers, it was generally a good idea to stay near the back of the court. It meant you weren't exposed to lobs and had the largest possible window to react to your opponent's shot. With the drop-shot, though, that's no longer viable. If the frisbee hits the deck, the other player gets a couple of easy points. That means -- just like a grass court tennis match -- you always have to be careful about your distance from the net.

Slapshots, meanwhile, are trickier to perform. According to a Dotemu employee, you're supposed to tap and hold the lob button for a short period of time. Start the process too early, however, and your player will become temporarily dazed on the court. I tried multiple times to execute the move and ultimately had to accept defeat. (Forgive me, fellow fans.)

As before, you can 'throw' the disc up into the air with a perfectly timed press of the bottom face button. Press the appropriate commands and your character will perform a special-tier throw, lob or curved shot. In Windjammers 2, though, you can also choose to 'jump' into the air by pressing the left face button (square on PS4, X on Xbox One, etc.) Press the throw button again and your character will send a quick 'smash' attack toward your opponent's side of the court. Dotemu says you can also jump to meet an incoming smash or lob. It's tricky to perform but results in a quick counterattack that will often catch your opponent off-guard.

The new jump and smash attack.

Finally, Windjammers 2 adds a special 'Ex Move' bar that gradually fills as you throw the disc back and forth. Once it's full, you can launch a special move by pressing the top face button (triangle on PS4, Y on Xbox One, etc.). They're similar to the special moves that normally require a preparatory 'knock up' first. Ex Moves are, therefore, simpler to perform and harder for your opponent to anticipate. Every character has a unique Ex Move, too, which you need to be mindful of when competing.

At Gamescom, I was able to play an early demo with six characters, three of which were playable in the original Windjammers. The game had 10 character slots, notably, but Dotemu wouldn't confirm the ratio of new and returning faces. We played in two different courts -- one narrower than the other -- which the company said was just a taste of the final offering.

In motion, the game is beautiful. Dotemu has replaced the original's timeless sprites with a hand-drawn style that is bright, colorful and more importantly faithful to the original. The larger-than-life characters are just as you remember them, with big shoulder pads and wraparound visor sunglasses. They all have slightly different stats -- some are faster, others have more powerful throws -- and distinct personalities that shine whenever they launch a smash attack or celebrate a well-fought set.

Windjammers 2 was supposed to come out on PC and Nintendo Switch this year. (The game has also been confirmed for Google's Stadia streaming service.) Dotemu said it's more likely to be "early 2020," which is a small shame given 2019 is the 25th anniversary of the Neo Geo. Based on this early demo, at least, I can say that the wait will probably be worth it.

In this article: art, gamescom2019, gaming, neo geo, windjammers, windjammers 2
All products recommended by Engadget are selected by our editorial team, independent of our parent company. Some of our stories include affiliate links. If you buy something through one of these links, we may earn an affiliate commission.