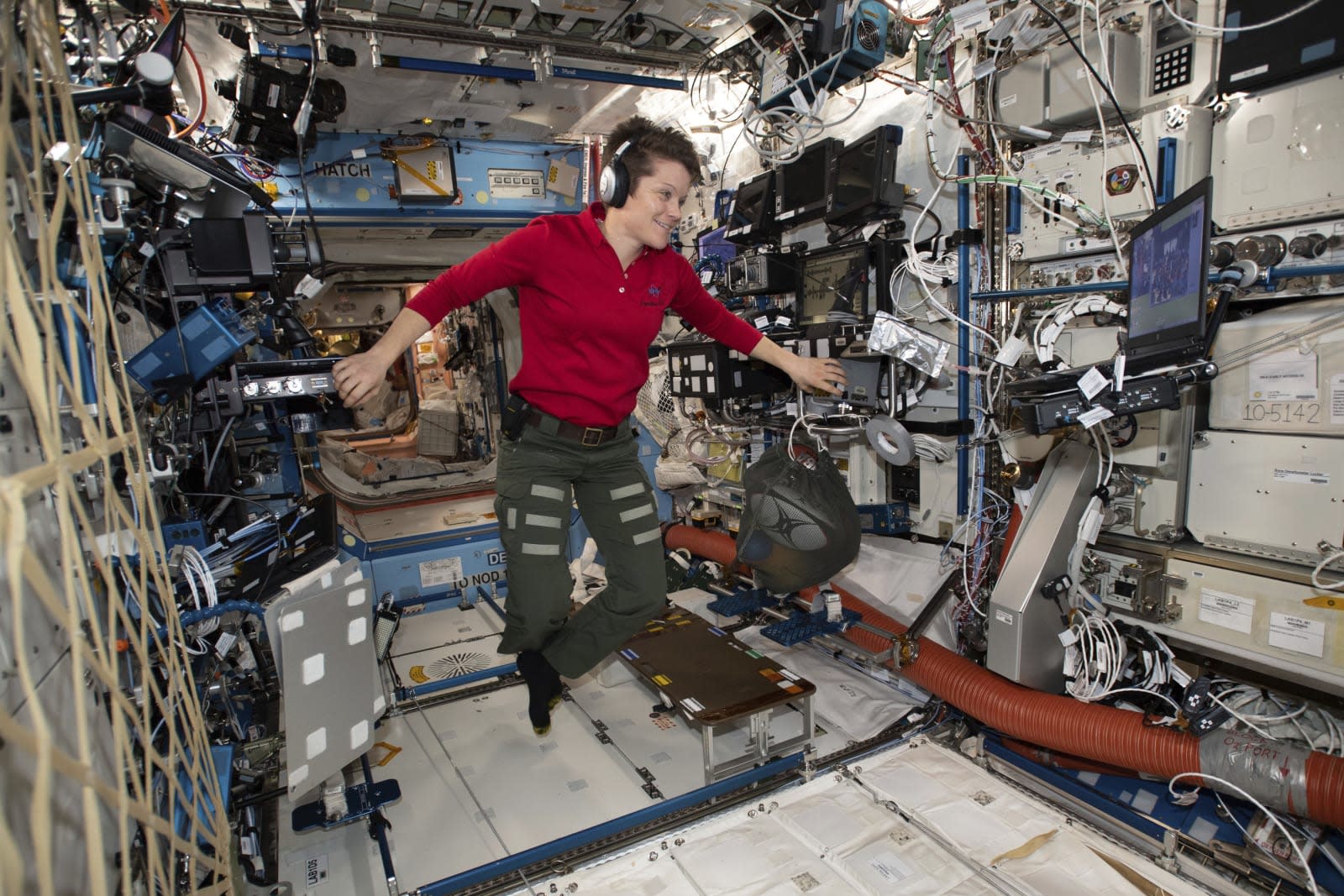 This is one spaceflight milestone that NASA isn't about to celebrate. Former Air Force intelligence officer Summer Worden and her family have filed complaints accusing Worden's estranged spouse, astronaut Anne McClain (above), of committing a crime while in space. When McClain appeared to know of Worden's spending habits despite an ongoing separation battle, Worden found that McClain had accessed their still-linked bank account while aboard the International Space Station -- supposedly committing the crimes of identity theft and improper access to private financial records.

McClain has acknowledged accessing the account, but said she was checking finances as she'd always done during the relationship, with Worden's knowledge and permission. McClain was "totally cooperating," according to her attorney.

This isn't the first instance of crime allegations linked to space programs. The New York Times noted that NASA caught a widow trying to sell a Moon rock in 2011, while an Austrian businessman sued a space tourism outfit in 2017 to reclaim his deposit on a trip that appeared to have stalled. However, this appears to be the first instance of accusing an individual of committing a crime while in space. While the subject of crime in space was likely to come up at some point, few would have expected it to come relatively quickly.

It raises a number of questions about handling accusations of crime in space. Will NASA have to give lawyers access to a secretive network as part of the discovery process, for instance? And while the jurisdiction is relatively clear here (it went through a NASA network and affected someone in the US), it's not certain what would happen if there was a crime committed exclusively in space. These questions will have to be answered at some point, though, especially when the US intends a more permanent human presence in space.

In this article: anne mcclain, crime, divorce, gear, internet, nasa, space, spaceflight, summer worden
All products recommended by Engadget are selected by our editorial team, independent of our parent company. Some of our stories include affiliate links. If you buy something through one of these links, we may earn an affiliate commission.