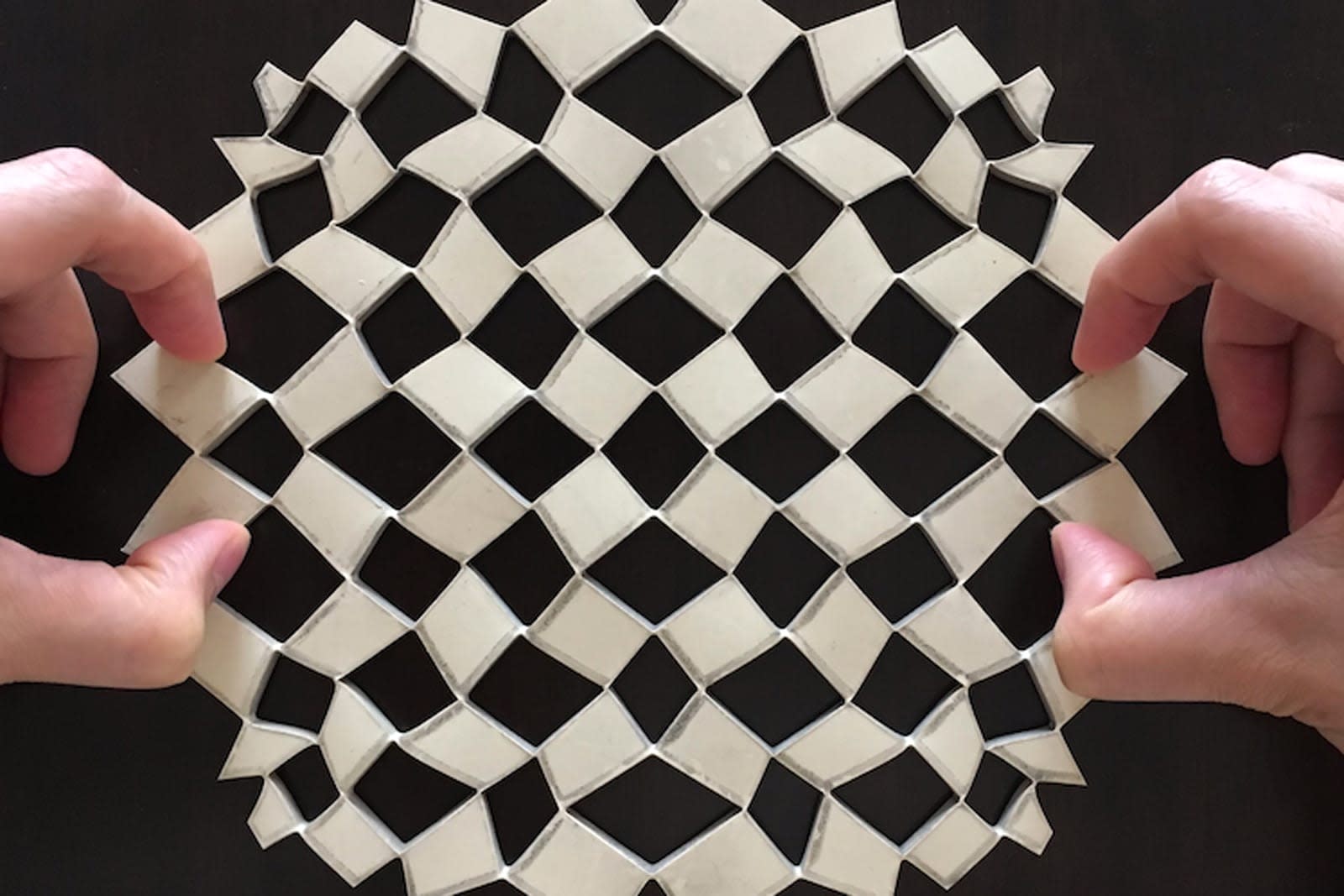 You might not need exotic manufacturing techniques to produce custom-shaped objects. If Harvard scientists have their way, you could start with little more than a sheet and some math. They've created a math framework that borrows from the Japanese papercraft technique of kirigami (which uses strategic cuts to produce art) to transform any sheet into any shape. Effectively, it involves designing backwards -- the intended shape is the last part of the process.

The team started by establishing the constraints on lengths and angles that need to be met for producing any given cut pattern, and then use a numerical optimization approach to determine the generic patterns themselves (such as their orientation, number and size). From there, it's a matter of using mechanical analysis to manage the deployment path and its stability. The researchers crafted 2D and 3D models to verify that the method worked.

The result is pretty, as you might imagine, but it could also be highly practical once put into use. You could produce clothes, vehicle surfaces or other objects using just a sheet. This wouldn't always work due to the nature of kirigami (you don't really want a poncho full of holes), but it's also just the beginning. The Harvard group hopes to bring origami into the mix, allowing even more complicated objects that would only need the right algorithm to come to life.

In this article: algorithm, gadgetry, gadgets, gear, harvard, kirigami, math, mathematics, papercraft, science
All products recommended by Engadget are selected by our editorial team, independent of our parent company. Some of our stories include affiliate links. If you buy something through one of these links, we may earn an affiliate commission.