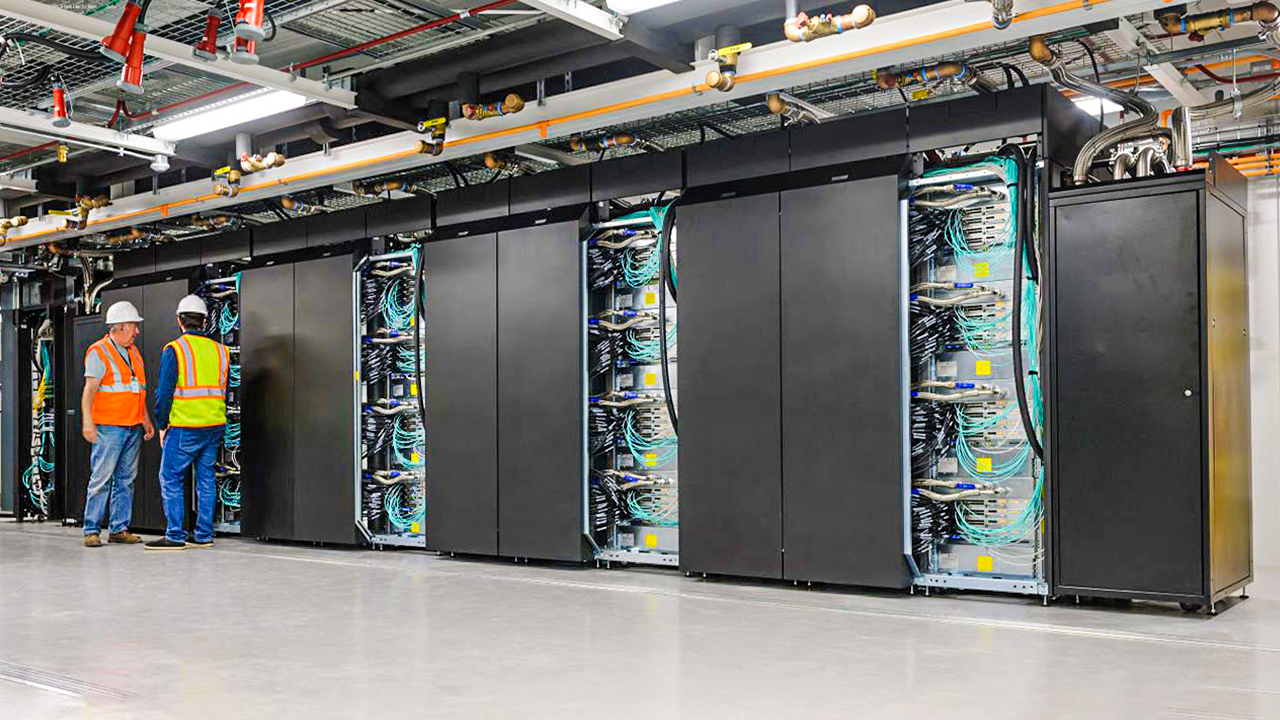 NASA has officially opened its new supercomputer, Aitken, at the Ames Research Center in Silicon Valley. It uses a modular design which requires less electricity and power than traditional facilities and and it will allow researchers to run complex simulations more quickly.

Aitken can run simulations at up to 3.69 petaflops of theoretical performance and has 221 TB of storage. It has 1,150 nodes and 46,080 cores and is powered by a HPE SGI 8600 system using second-generation Intel Xeon processors with Mellanox InfiniBand for networking.

To keep all that computing power cool, the housing module makes use of the California environment, using "outdoor air, fan technology, and a circulating water system" to remove heat from the computers. It is the first of a potential 16 modules which can be quickly constructed and which could be used for both computing and data storage.

The concept is based on a prototype facility called Electra, built in 2016, which housed a supercomputer inside a pair of environmentally friendly modules outside of the main NASA facility. The use of modules for power and cooling saved 2 million kilowatt-hours of power and over 3 million gallons of water in the 2018 fiscal year compared to if it had been installed in the main facility, according to NASA.

The new supercomputer will be used by more than 1,500 scientists and engineers from across the country, including on projects like developing a more efficient quadcopter or simulating the inside of our sun. The job at the top of the priority list will be running modeling and simulations of the entry, decent and landing to the moon for the Artemis project.

In this article: aitken, AOLoriginals, artemis, DailyShow, electra, engadget, EngadgetToday, EngadgetVideo, entertainment, environment, gear, nasa, space, supercomputer, tomorrow
All products recommended by Engadget are selected by our editorial team, independent of our parent company. Some of our stories include affiliate links. If you buy something through one of these links, we may earn an affiliate commission.