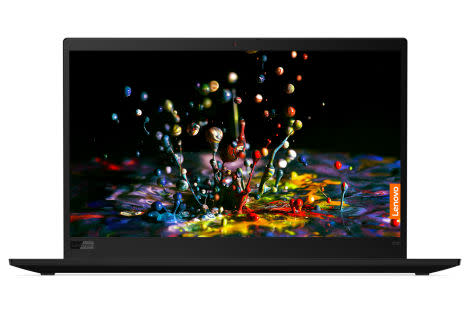 Lenovo's flagship line of X1 laptops is leveling up. The PC maker today unveiled the latest generation of its ThinkPad X1 Carbon and X1 Yoga models, both which will include a 10th-gen Intel Core processor. The hardware refresh isn't restricted to the most premium models. The latest ThinkPadX390 and T490 will also come with the 10th-gen Intel chip. In short, this should ensure faster, better performance across the board for Lenovo's business laptops.

The seventh-generation X1 Carbon FHD laptop has a battery life of 18.5 hours, which improves upon the older model by more than four hours. The 14-inch display comes in a number of different options, including a new 400 nit FHD display. The latest X1 Carbon also includes a Dolby Atmos speaker system, with two top-firing tweeters and two down-firing woofers. It weighs in at 2.4 pounds, or roughly one kilogram.

The latest Yoga laptop got a pretty drastic makeover, with a new aluminum chassis that is made with both carbon fiber and magnesium. As we've seen in the past, the Yoga model is heavier than Carbon, at less than 2.9 pounds. The fourth-generation Yoga is both thinner and lighter than its predecessor. Even though the chassis is thinner (at 15.5 mm compared to 17.05 mm), it includes all the same legacy ports. It also includes support for all docking solutions, including ThinkPad Mechanical Dock.

Lenovo is also updating its ThinkPad L series, the L13 and the L13 Yoga. Both 13-inch laptops are getting thinner bezels (17.6 mm) and can be outfitted with an i7 10th-gen Intel chip. The L13 Yoga model only offers 12 hours of battery power, but the L13 can deliver slightly more at 14 hours.

In this article: gadgetry, gadgets, gear, Lenovo, lenovo thinkpad
All products recommended by Engadget are selected by our editorial team, independent of our parent company. Some of our stories include affiliate links. If you buy something through one of these links, we may earn an affiliate commission.