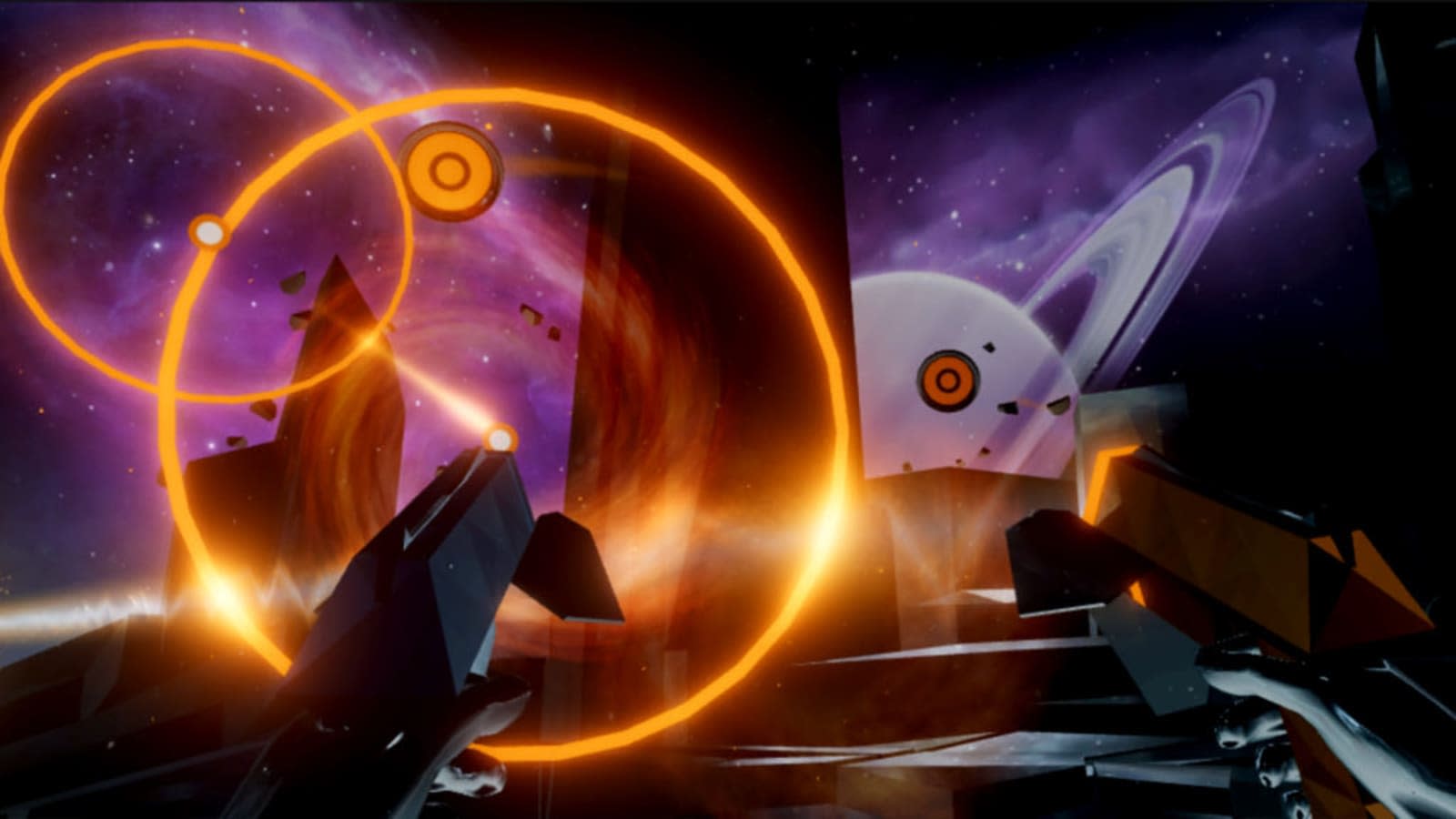 When Harmonix revealed its virtual reality rhythm shooter Audica back in February, there was a notable omission from the announced platforms: PlayStation VR. Players with that headset won't have to wait a whole lot longer to dive in and blast away at notes though, as Audica is coming to PSVR this fall.

Pricing and the exact release date will be revealed later, along with the full EDM and pop-focused soundtrack. It features more than 30 songs you'll get to shoot your way through (as opposed to slicing and dicing to make progress in Beat Saber), from artists including Deadmau5, Dragonforce and Donna Summer. As with the HTC Vive and Oculus Rift versions, you can compete against your buddies and the rest of the world to rise up the leaderboards.

What happens when @Harmonix builds a rhythm-based shooter... in virtual reality? Find out in Audica, coming to PlayStation VR this fall: https://t.co/aVBpTrQcwJ pic.twitter.com/WyHe2Y0t5E

In this article: art, audica, av, gaming, harmonix, playstation vr, playstationvr, psvr, rhythm game, rhythmgame, shooter, virtual reality, virtualreality, vr
All products recommended by Engadget are selected by our editorial team, independent of our parent company. Some of our stories include affiliate links. If you buy something through one of these links, we may earn an affiliate commission.