Panasonic was not willing to give away its crown as the ultimate mirrorless camera company for video shooters. It has officially unveiled the 24.2-megapixel S1H and it definitively blows away all rival mirrorless cameras from Sony, Canon and Nikon when it comes to video. For the first time on a mainstream mirrorless camera, you can shoot full-frame, uncropped 6K video (5,888 x 3,312) at 24 FPS, and 60 FPS 4K using a cropped, Super 35 (APS-C) sensor size.

The S1H can handle video with 4:2:2 10-bit billion color depth, both internally and externally, for maximum flexibility when editing. Sure, this doesn't measure up to what Blackmagic's Pocket Cinema 6K camera can do -- at least, not yet. But unlike the Pocket 6K, Panasonic's S1H has a continuous contrast-detect autofocus system, a fully-articulating display and in-body stabilization -- huge features for vloggers and shooters on the go. This comes at quite a price, though, so to get a feel for the camera and see how it performs, I shot with a pre-production S1H for a day at Panasonic's launch event in Los Angeles.

As with the earlier Lumix S1 and S1R, the S1H is a handful. It's the heaviest of the three cameras at a whopping 2.5 pounds with a battery and memory card, and I felt it after shooting for a day in the heat of LA. That heft is well-earned, though, as the magnesium alloy, full die-cast body is dust-, splash- and freeze-resistant. Many shooters (though definitely not vloggers) also prefer a heavier camera as the extra mass keeps it steadier during handheld shooting.

One change between the S1H and S1/S1R is that Panasonic has gone with two SD UHS II card slots, instead of one SD UHS II and one high-speed XQD card slot. This makes a lot of sense for video and not just because XQD cards are incredibly expensive. Event shooters can use one card as a backup for safety, for one thing. Also, if you're shooting a particularly long video, "relay recording" switches to the second card after the first one runs out of free space. That's important since the S1H supports non-stop video recording via a new heat-dispersing fan.

The 5-axis in-body stabilization system is the same one used on the S1 and S1R, but how does it work for video? I found that it let me shoot natural-looking static handheld video, with a bit of bobbing and weaving à la Law and Order. Should you attempt anything more ambitious like a tracking shot, you'll get sharp jolts that will make your viewers queasy, unless you're much steadier than I. IBS is no substitute for a gimbal, after all, but it'll serve in a pinch if you forget your tripod.

The S1H has the same superb 5.76-million-dot electronic viewfinder (EVF) that impressed me on the last two models. It's better than an optical viewfinder for video, because I saw exactly what I recorded, including exposure, white balance and focus. With a 120 FPS refresh rate and .005 seconds of lag, it was supremely fast and ultra-clear.

The most noticeable change between the S1/S1R and S1H is the fully articulating rear display, which probably accounts for the extra weight. Panasonic has done a new trick here: Not only does it flip out and rotate around like the display on the GH5, it also tilts up. "The combination of a tilting and swivel mechanism makes unusual compositions and creative angle shots easy to frame," Panasonic said in the S1H brochure. In the real world, I didn't quite see the benefit, other than making it a bit faster to shoot at a low angle.

Combined with the IBS (in-body stabilization), this will make the S1H the ultimate vlogging camera if you can handle the weight. More importantly (for me anyway), it made it easier to film myself for "standup" on-camera chores when it's poised on a tripod.

Vlogging and run-and-gun shooting will also be aided by Panasonic's increasingly improved contrast-detect "depth from defocus" autofocus. Since the launch of the S1, Panasonic has made strides with this system, reducing the amount of focus "hunting" during video shooting. I found that while shooting different subjects and myself, it kept the focus locked down pretty darn well. 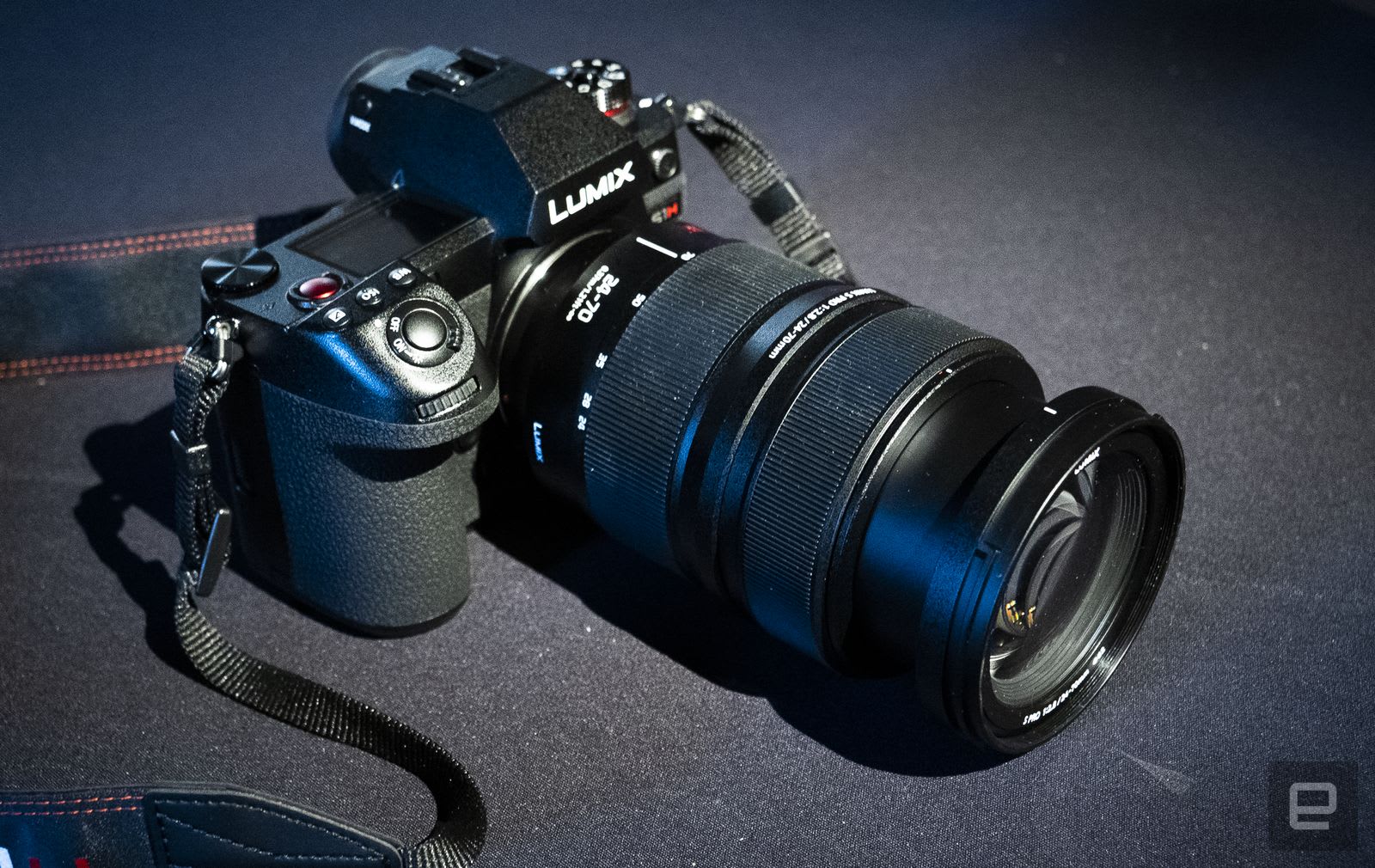 If you're taking photos, and you can do that nicely with this camera too, it can hit focus in 0.08 seconds, compared to 0.05 seconds for Sony's A7 III. You can shoot in bursts at 9 fps with AF fixed, and at 6 fps with continuous autofocus enabled. As before, the S1H supports AI autofocus tech that can detect humans and animals including birds, dogs and felines, both in video and photos modes. I didn't have any animals to shoot in LA, but with the S1, I found the system worked great for humans and dogs, not so much for chickens.

So how does the camera's focus system fare? It's still not as good as Canon's dual-pixel system, but it's getting pretty darn close. Due to the much larger sensor, it's a bit slower than the GH5's AF system. When it does miss focus, it's also a lot more noticeable due to the much shallower depth of field on the S1H. Overall, though, I felt comfortable shooting with this and would happily put it into service for any job, if I could afford it.

Low-light capability on this camera is much more impressive than the S1 and S1R. The S1H's 24.2-megapixel sensor is similar to the one on the S1, but it has some important new tweaks. It's the first full-frame model with Panasonic's Dual Native ISO system, also found on the Lumix GH5s. The base ISOs are now at ISO 640 and ISO 4,000, a boost over the GH5s (ISO 400 and 3,200).

Practically, I could shoot clean footage in very low light, up to about ISO 25,600, which is Sony A7 III territory. That'll give filmmakers without access to lights the ability to shoot great-looking footage under streetlights, in bars and even in moonlight.

Keeping in mind that I was playing with a pre-production model, footage from the S1H was impressively rich in daylight. The full-frame sensor gives an unbelievably cinematic look, especially with fast lenses like the new Lumix S Pro 28-70mm f/2.8 and 50mm f/1.4 models. Since it uses the entire sensor for both 6K and 4K (with downsampling for the latter), you get very crisp images with no sign of aliasing or other artifacts, thanks to a low-pass filter. 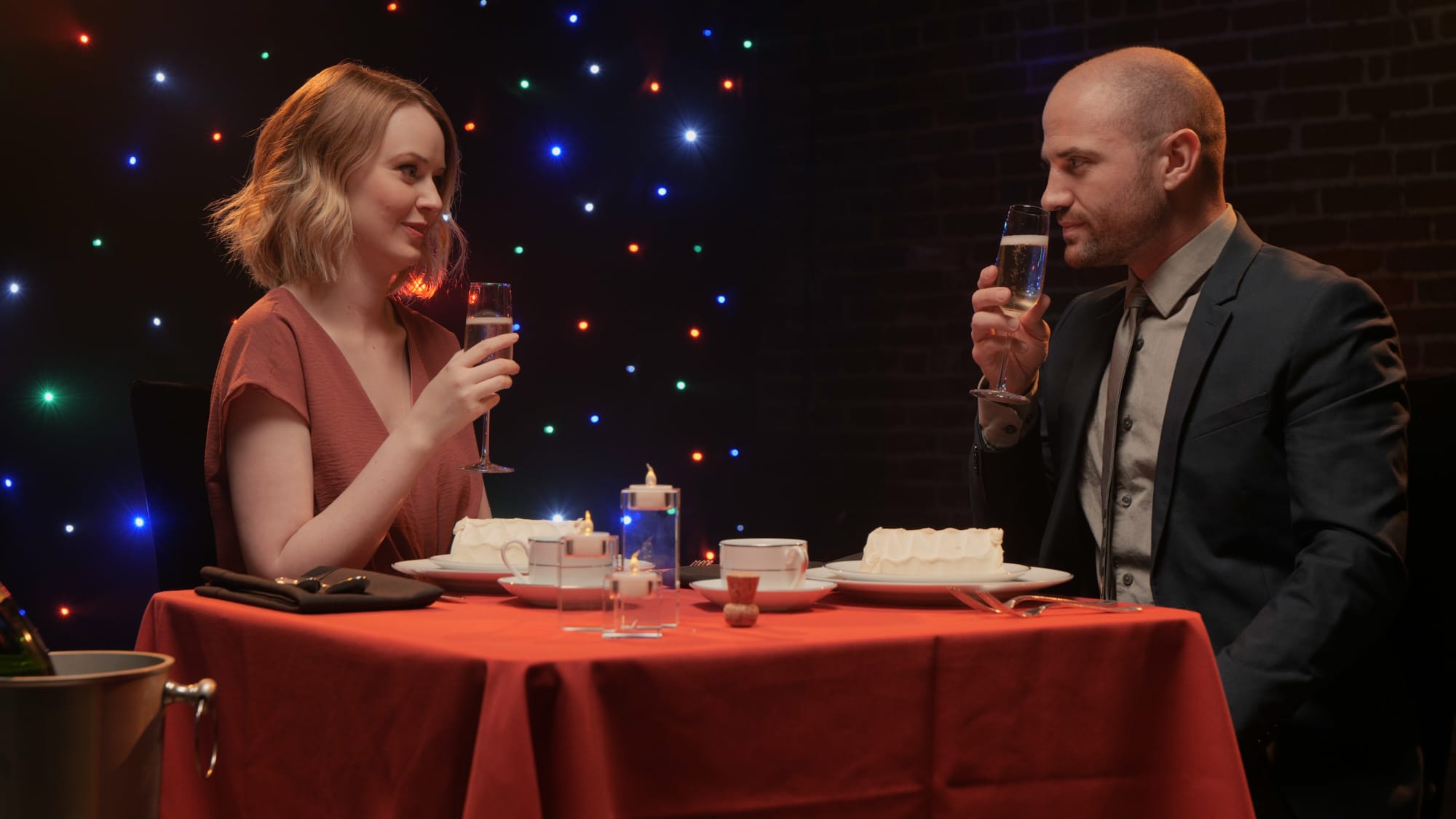 To maximize video quality, you'll be able to shoot in Panasonic's V-Log / V-Gamut format that's included for free with the camera, and get up to 14+ stops of dynamic range, the same as on costly cinema cameras from RED and ARRI. After deliberately over-exposing some shots, I found I was able to reclaim detail in the highlights thanks to that dynamic range and extra color latitude from the 10-bit video (4:2:0 at 6K and 4:2:2 at 4K). It can also record HDR video, though I wasn't able to try that just yet.

The S1H has Panasonic's L-Mount system, also used by fellow L-Mount alliance members Leica and Sigma. Since it's a new system, there aren't a ton of native Lumix lenses. There's only one prime (fixed focal length) model, the killer, but expensive $2,300 Lumix S Pro 50mm f/1.4.

In my brief time with the S1H, it looks like Panasonic finally has the killer full-frame mirrorless camera for video that we were waiting for. The problem is the $4,000 price tag, which will be a serious impediment for low-budget shooters.

At the moment, the S1H doesn't have any mainstream competition in the full-frame mirrorless, video-centric market. Currently, the best option there is Nikon's $1,800 Z6, which lets you shoot 10-bit external 4K video using the entire sensor and has in-body stabilization. It lacks the S1H's flip-around screen and 6K, of course, but for many video shooters, it would be fine for less than half the price. Sony's $2,000 A7 III is also a good option if you don't need 10-bit video, as it has a superior autofocus system and again, is half the price.

And let's not forget Panasonic's S1, which I called the current full-frame mirrorless video champ in my review. It's $2,500, which is pricier than rival models, but still much cheaper than the S1H.

If you're willing to go down in sensor size, the best options are Fujifilm's APS-C X-T3 and Panasonic's own Micro Four Thirds GH5s and GH5. All of those cameras support 10-bit internal and external 4K recording, but the GH5s/GH5 can do so at 60 fps, and the GH5 can handle 5K anamorphic widescreen video.

Blackmagic Design's $2,495 Pocket Cinema Camera 6K beats the S1H in a number of areas, most notably having more resolution, higher frame rates at 6K and more robust RAW video files. However, it lacks autofocus, IBS and a flip-around screen, so it's more for filmmakers and not vloggers or run-and-gun shooters. On top of that, Panasonic has promised to introduce RAW video via an external Atomos recorder in the future, so it'll be able to math the BMPCC 6K in that regard.

The S1H is now the camera to beat for the latter type of shooting -- provided you can afford it. It arrives in stores at the end of September.

All products recommended by Engadget are selected by our editorial team, independent of our parent company. Some of our stories include affiliate links. If you buy something through one of these links, we may earn an affiliate commission. All prices are correct at the time of publishing.
Panasonic's S1H is the pinnacle of mirrorless video, for a price
4K
6K
Autofocus
cameras
DepthFromDefocus
Filmmakers
Full-frame
gear
hands-on
Panasonic
S1H
video
Videography