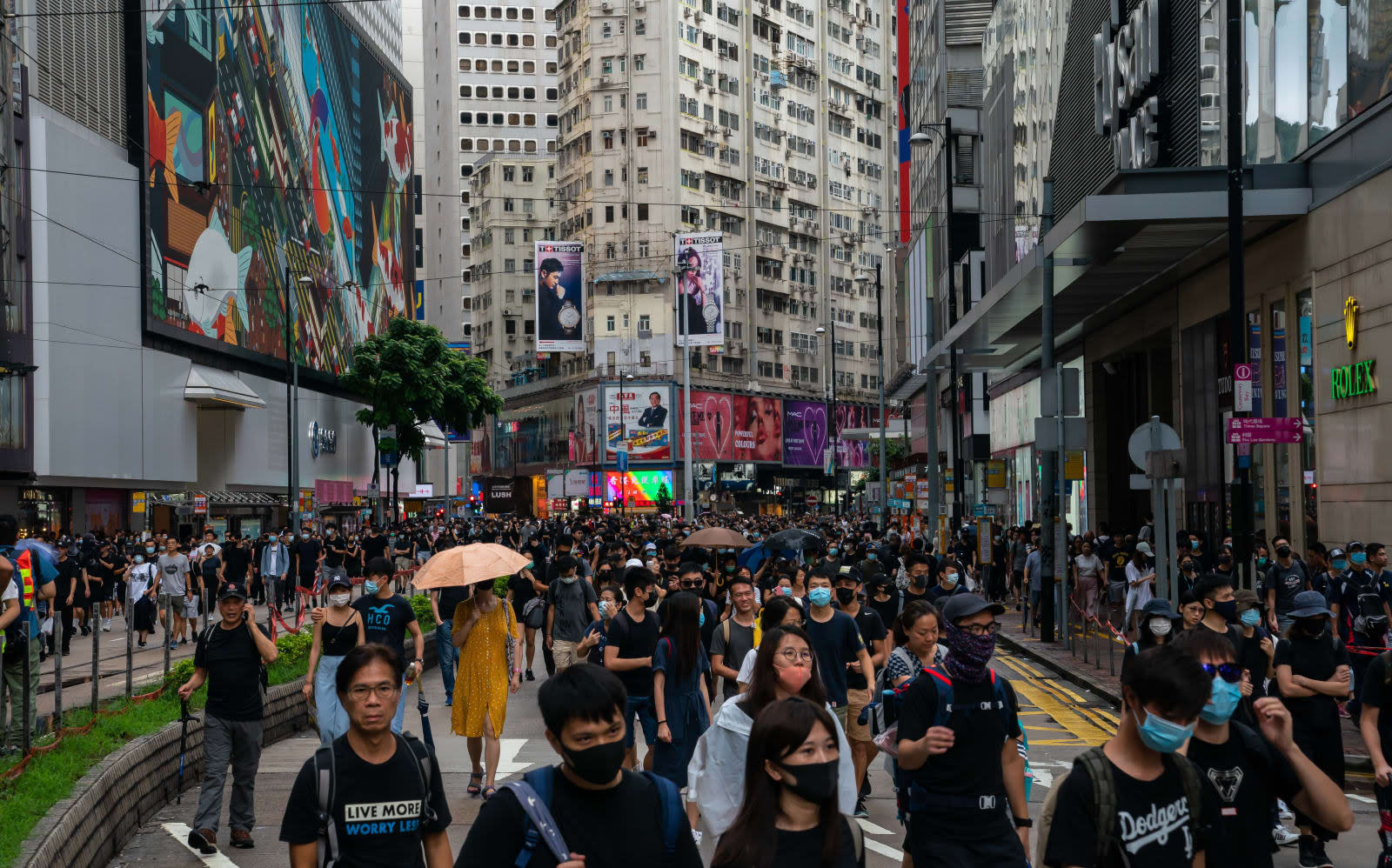 Telegram will roll out an update designed to protect Hong Kong protesters' identities in the coming days, according to Reuters. The upcoming feature will cloak users' phone numbers to prevent authorities from being able to look up the people participating in protesters' group chats. Telegram's security-focused features made it the go-to chat application for activists around the world. Hong Kong protesters are using it to share information on where they're holding demonstrations, to pass around the access codes of buildings where they can hide and to make sure fellow activists know the identities of undercover cops.

Telegram founder Pavel Durov even revealed shortly after the protests began a few months ago that its network was targeted by a DDoS attack. Most of the attackers' IP addresses came from China. Since anybody can join group chats, protesters believe that authorities have been infiltrating their conversations and uploading large quantities of phone numbers to figure out who's who. Once the app matches a number with a username in the group, authorities can request information on their real identity from their mobile provider.

Reuters' source said Telegram found evidence that authorities had used that method, but it's not clear if it allowed them to successfully identify and locate protesters -- and if it led to any of the 900 related arrests made thus far. Either way, Telegram's update will allow users to protect themselves by disabling matching by phone number. The feature will make it harder to find each other on the app, but it'll most likely be worth it for those who want to keep on taking to the streets despite the ban on demonstrations.

In this article: gear, hong kong, mobile, security, telegram
All products recommended by Engadget are selected by our editorial team, independent of our parent company. Some of our stories include affiliate links. If you buy something through one of these links, we may earn an affiliate commission.