And the MX Keys is its perfect desktop companion.

We've long been fans of Logitech's MX line of mice, especially the Master series. They're attractive, reliable and have found a home in both our back to school and holiday gift guides. Today the company revealed the newest additions to the family: the MX Master 3 mouse and, the first keyboard in the series, the MX Keys.

The new mouse keeps everything that made the Master 2S so popular with desk jockeys. There's plenty of support for your wrist and thumb, a side scroll wheel with two buttons above it and 4000 dpi Darkfield tracking that can be used on any surface, even glass.

But everything's just a bit more refined or useful now. Those side buttons, which on other mice usually default to back and forward in apps like browsers, automatically change their function based on what program you're using. They'll still navigate when you're using Chrome or Safari, but in something like Microsoft Word they'll function as "undo" and "redo" instead. That means you'll be able to do a lot more right out of the box, with no configuration required — though you can still fuss with the preferences in the Logitech Options software. 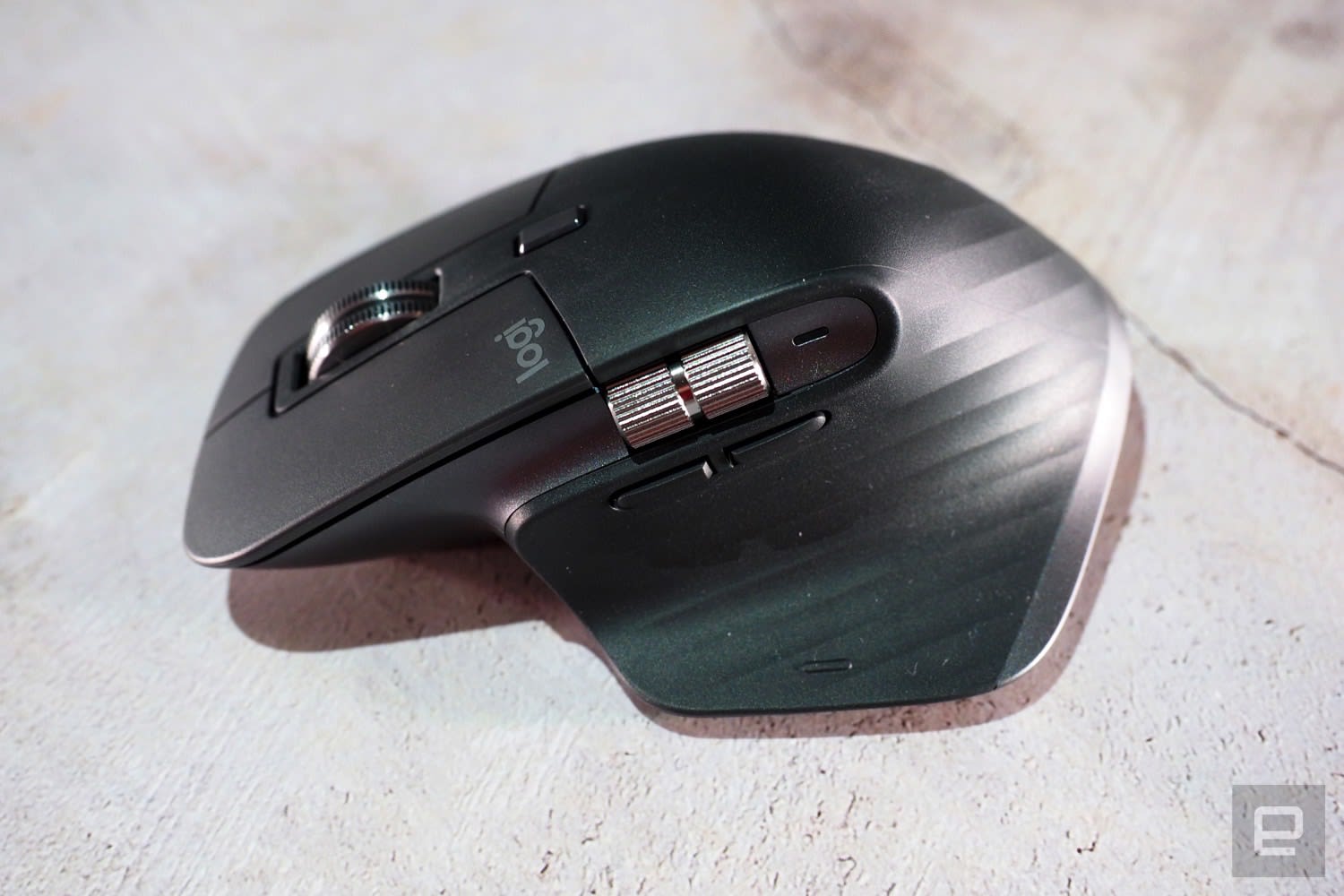 But there's one change in the MX Master 3 that could be a game changer for some users. The top and side scroll wheels ball are now aluminum, and instead of mechanical gears, the Master 3 uses magnets to control how quickly things scroll. It can lock the wheel into place so you can advance frame by frame through a video or, if you give it a good flick, the magnets will unlock (by reversing their polarity) and zoom you down 1,000 lines. That's great if you have a massive spreadsheet to get through, or just really miss having a 'home' button that will quickly take you back to the top of a web page.

It's definitely not perfect, and requires more effort to get it to fast scroll down than up. There is a button that triggers the quick scroll, but I don't think many people will remember to use it. Also, 1,000 lines is just a bit too much; 500 in a shot is probably enough. And Ctrl- or Cmd-F might be more useful. But, those are minor quibbles with an overall excellent piece of kit. 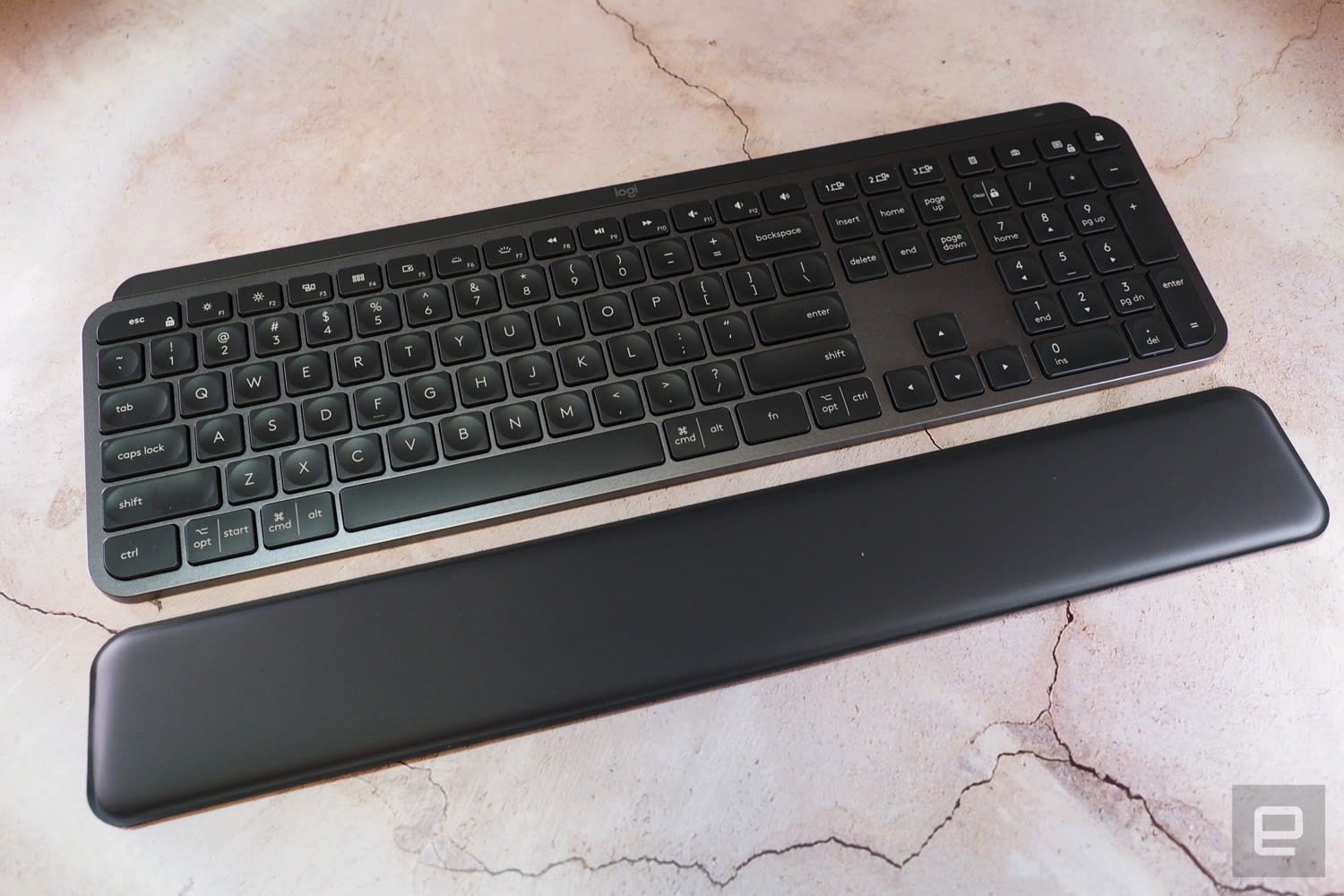 That excellence is also present in the MX Keys. While this is the first keyboard in the MX line, it's basically just a remodel of Logitech's Craft keyboard, minus the input dial. So you get a full size deck, including a number pad, that doesn't feel full size. It's incredibly slim, though its low profile, with a non-adjustable height, takes a bit of getting used to if you're coming from a much taller mechanical keyboard. If you're coming from a Mac keyboard, though, you should feel right at home.

It might not be a mechanical keyboard, but the MX Keys still offers a good tactile typing experience. It's not exactly crisp, but there's a clear response to each key stroke and the buttons feel good to touch thanks to their concave design. 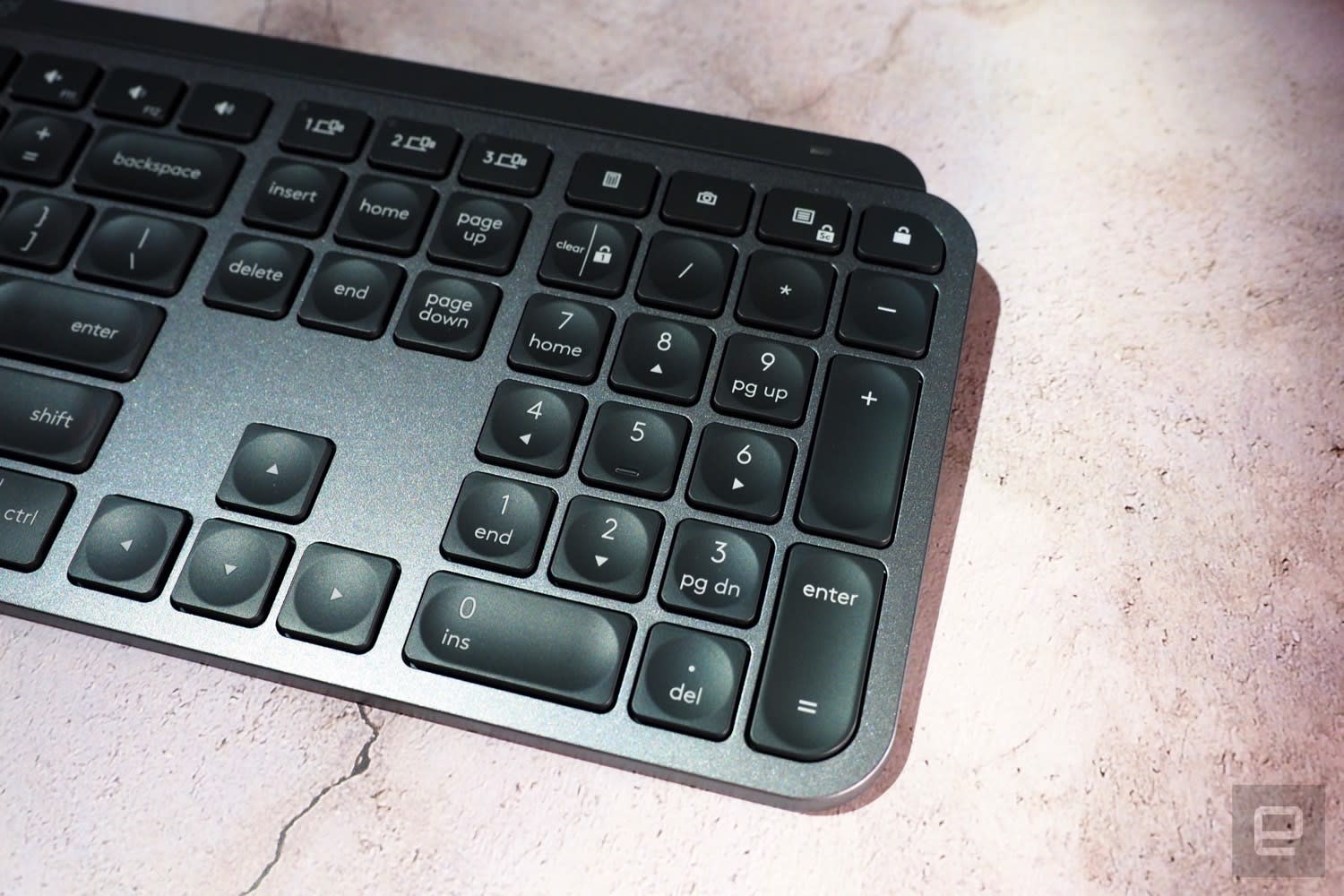 Both the MX Master 3 and Master Keys are Bluetooth enabled, with the ability to switch between three different devices at the touch of a button — a feature I've been seeing a lot more often, given that lots of people change computers often between work and home. Another welcome feature in the year of 2019: Both the mouse and keyboard charge via USB-C. An increasing number of laptops have only offered USB-C ports, so it's nice to see peripherals making the switch.

You won't need to charge either of them very often, though. The MX Master 3 is good for around 70 days of use, and can recharge within a minute for three hours of use. The MX Keys lasts 10 days on a single charge with the backlighting on or five months when it's off. The keyboard also knows to turn off the lighting when it's not in use, illuminating the keys only when it senses your hand breaking the low level electromagnetic field that surrounds the edges of the deck. Both units go on sale for $100 each later this month.

All products recommended by Engadget are selected by our editorial team, independent of our parent company. Some of our stories include affiliate links. If you buy something through one of these links, we may earn an affiliate commission. All prices are correct at the time of publishing.
View All Comments
Logitech’s new MX Master 3 employs magnets for a better scroll
gadgetry
gadgets
gear
hands-on
keyboard
logitech
mouse
mx keys
mx master
mx master 3
mxmaster
personal computing
personalcomputing