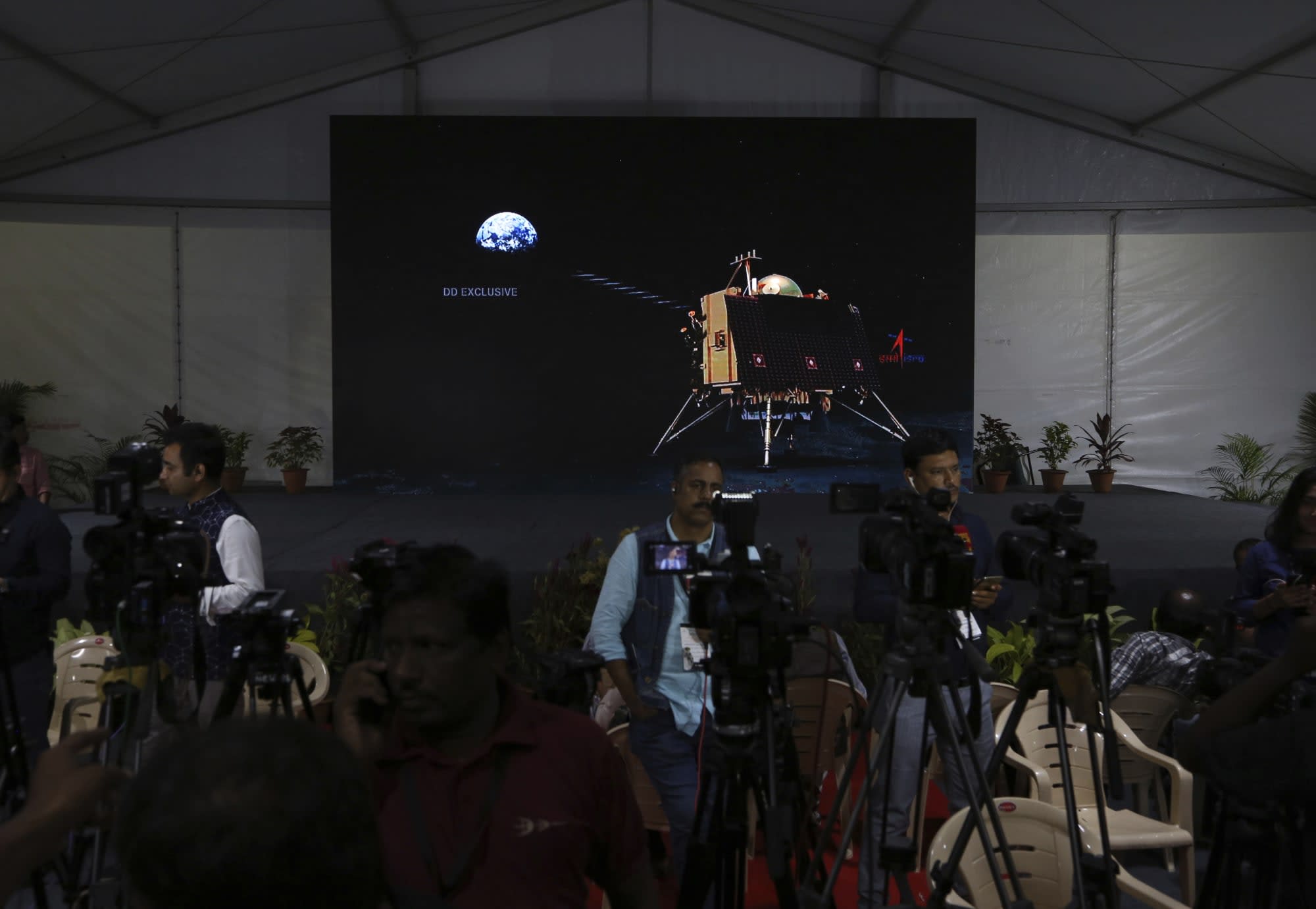 Today India attempted to become only the fourth nation to successfully soft-land on the surface of the Moon. That mission appears to have failed, when the Indian Space Research Organisation (ISRO) lost contact with its Vikram lander at an altitude of 2.1km above the lunar surface. The space agency has said only that it is analyzing available data, and that the Chandrayaan-2 spacecraft is still in orbit. Indian prime minister Narendra Modi is scheduled to address the nation at about 10:30 ET.

If the mission is lost, then out of three soft-landing attempts this year it will be the second to go awry. China's Chang'e 4 reached the far side of the Moon in January, while the privately-owned Beresheet lander from Israel crashed in April after sending back one last photograph.

This is Mission Control Centre. #VikramLander descent was as planned and normal performance was observed up to an altitude of 2.1 km. Subsequently, communication from Lander to the ground stations was lost. Data is being analyzed.#ISRO

In this article: chandrayaan-2, gear, India, ISRO, lander, lunar lander, moon, rover, space, Vikram
All products recommended by Engadget are selected by our editorial team, independent of our parent company. Some of our stories include affiliate links. If you buy something through one of these links, we may earn an affiliate commission.