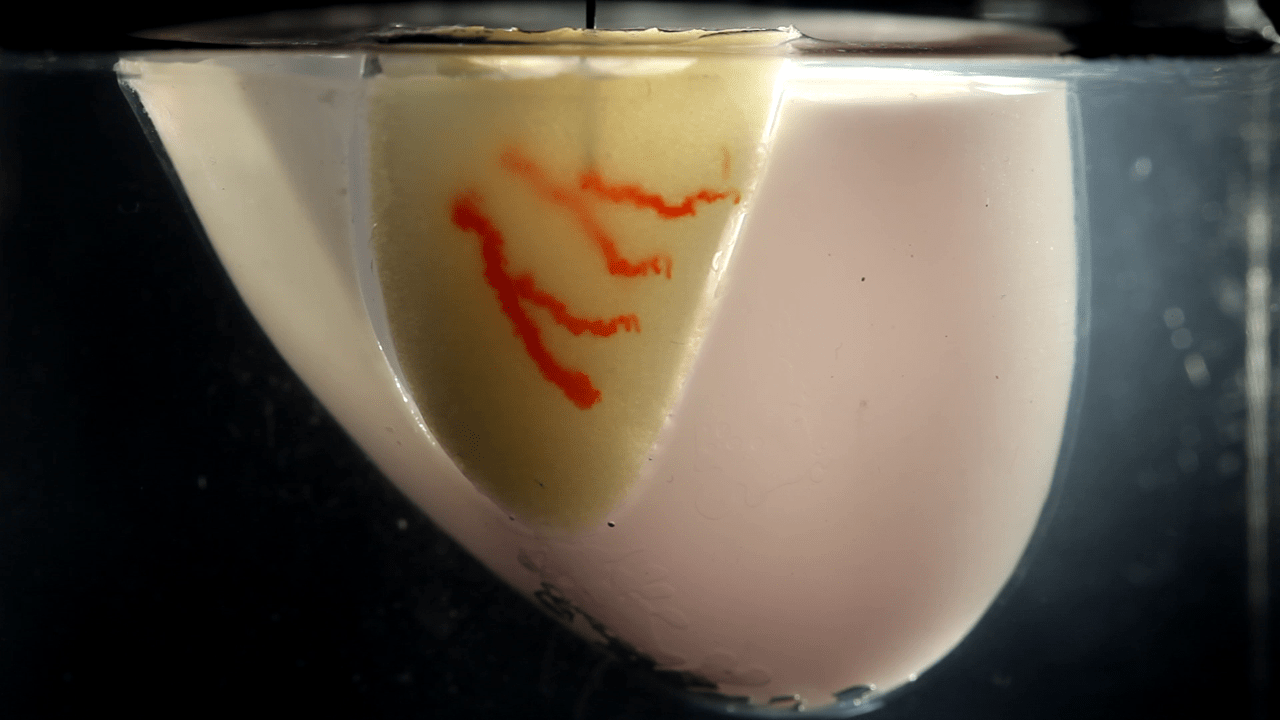 Scientists have experimented with growing organs in labs for years, but we're still years away from the technology being ready. Lab-grown organs are often too small for human use and lack an efficient mechanism for delivering oxygen. A group of scientists at Harvard's Wyss Institute have now developed a solution that will 3D print blood vessels on living tissues. Their paper, published today in Science Advances, explains how a new technique called the SWIFT method (Sacrificial Writing Into Functional Tissue), will enable the creation of larger, more effective organs.

The team was able to successfully create cardiac tissue that could beat synchronously over a seven-day period. In a video demonstration, the team illustrated how they created hundreds of thousands of organ building blocks derived from stem cells. They then compacted the stem cells into a mold. Next, they rapidly patterned sacrificial ink within the matrix using embedded 3D printing. The sacrificial ink was later removed to reveal channels that can function as blood vessels. Open lumens in the blood vessel were lined with endothelial cells, to more closely mimic the real thing.

The field of bioprinting, or using 3D printers for organ and tissue engineering, is still very much in its early stages. Unlike 3D printing bones or skin, 3D printing organs also require replicating vast networks of vessels that carry oxygen and nutrients to our organs. Scientists say that the SWIFT method can work with any type of cell, including organoids, embryoid bodies and multicellular spheroids. While the technology is still in its early stages, it could pave the way for lab-grown organs in the near future.

In this article: 3d printing, medicine, organ transplants, tomorrow, wyss institute
All products recommended by Engadget are selected by our editorial team, independent of our parent company. Some of our stories include affiliate links. If you buy something through one of these links, we may earn an affiliate commission.