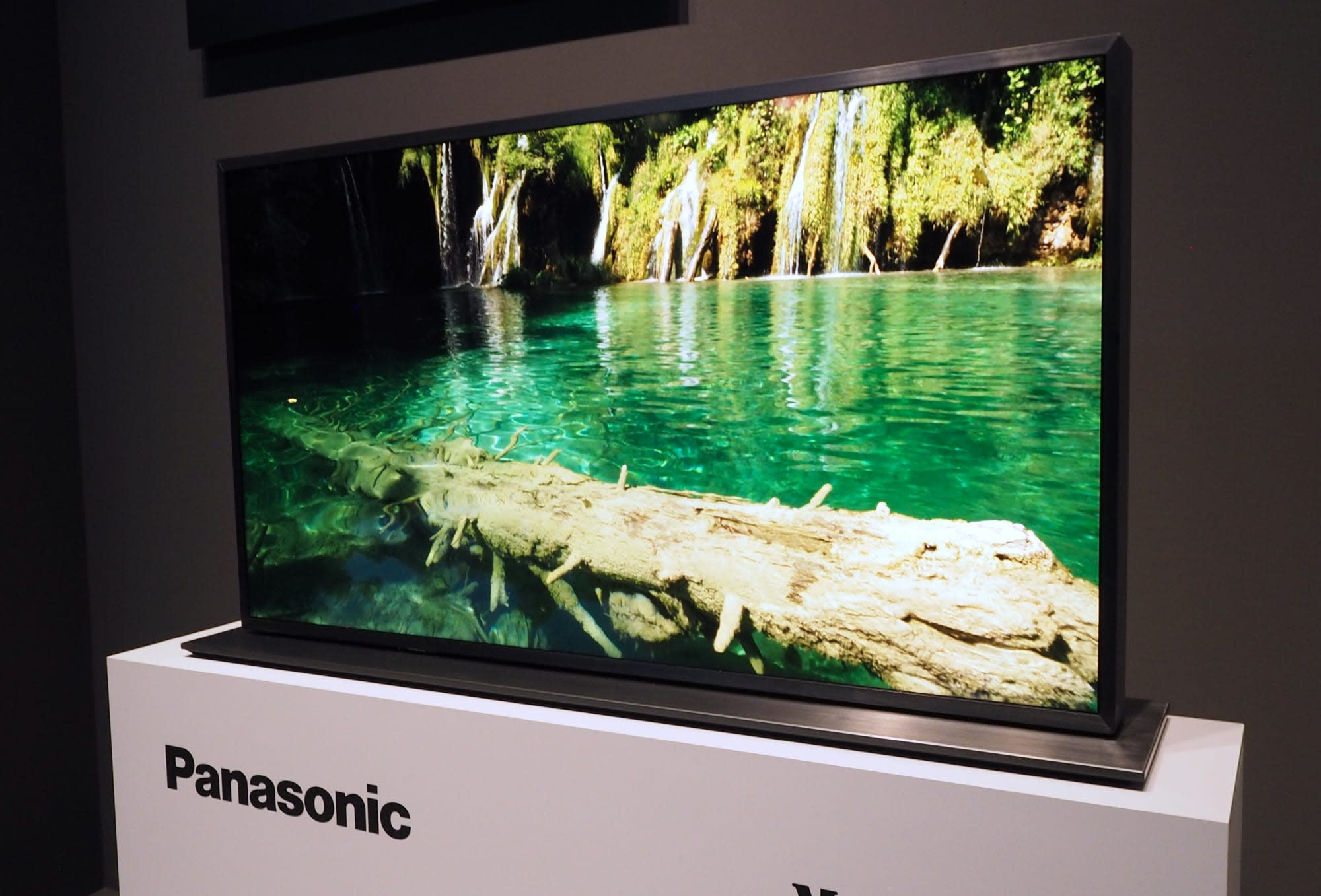 Panasonic's cavernous IFA booth had everything from high-concept beauty products through to cameras and TVs. Regarding the latter, it had two prototype TVs, an advanced transparent OLED that Panasonic has showed off at tradeshows in the past, and a "mega contrast" TV that could, one day, power movie production house mastering monitors.

What you're looking at here is not an OLED but a complicated dual panel LCD monitor. It has a 4K outer panel with a monochrome inner panel that modulates an LED backlight. The system, which is made up of multiple optical sheets and layers, can dim the picture at the pixel level, the kind of thing that OLED screens are known for. Again on the OLED comparison, Panasonic claims it can reach a contrast ratio of 1,000,000:1. It can also crank up brightness to 1000 nits while covering 99 percent of the DCI P3 color standard.

The monitor, unfortunately named "Megacon" for "mega contrast", is an incredibly thick prototype due to all the layers involved, which speaks to Panasonic's "mastering monitor" aspirations. They're often hefty displays. In its press release, Panasonic added that its prototype has a very wide viewing angle without losing color accuracy.

In person, it was a convincing demonstration of a fixed demo. Panasonic's demo reel was heavy on the contrasts and dark scenes to showcase the depths of its prototype's blacks. Lots of moody black horses, vivid reds and stark landscapes. We'd love to see something that showed of the subtle range of colors and tones apparently available to this monitor. And experts might feel the same. The technology is likely the realm of Hollywood productions and TV serials for now, but it's proof that LCD isn't going quietly into the night.

In this article: av, gear, high contrast, highcon, ifa2019, LCD, mastering monitor, oled, panasonic
All products recommended by Engadget are selected by our editorial team, independent of our parent company. Some of our stories include affiliate links. If you buy something through one of these links, we may earn an affiliate commission.