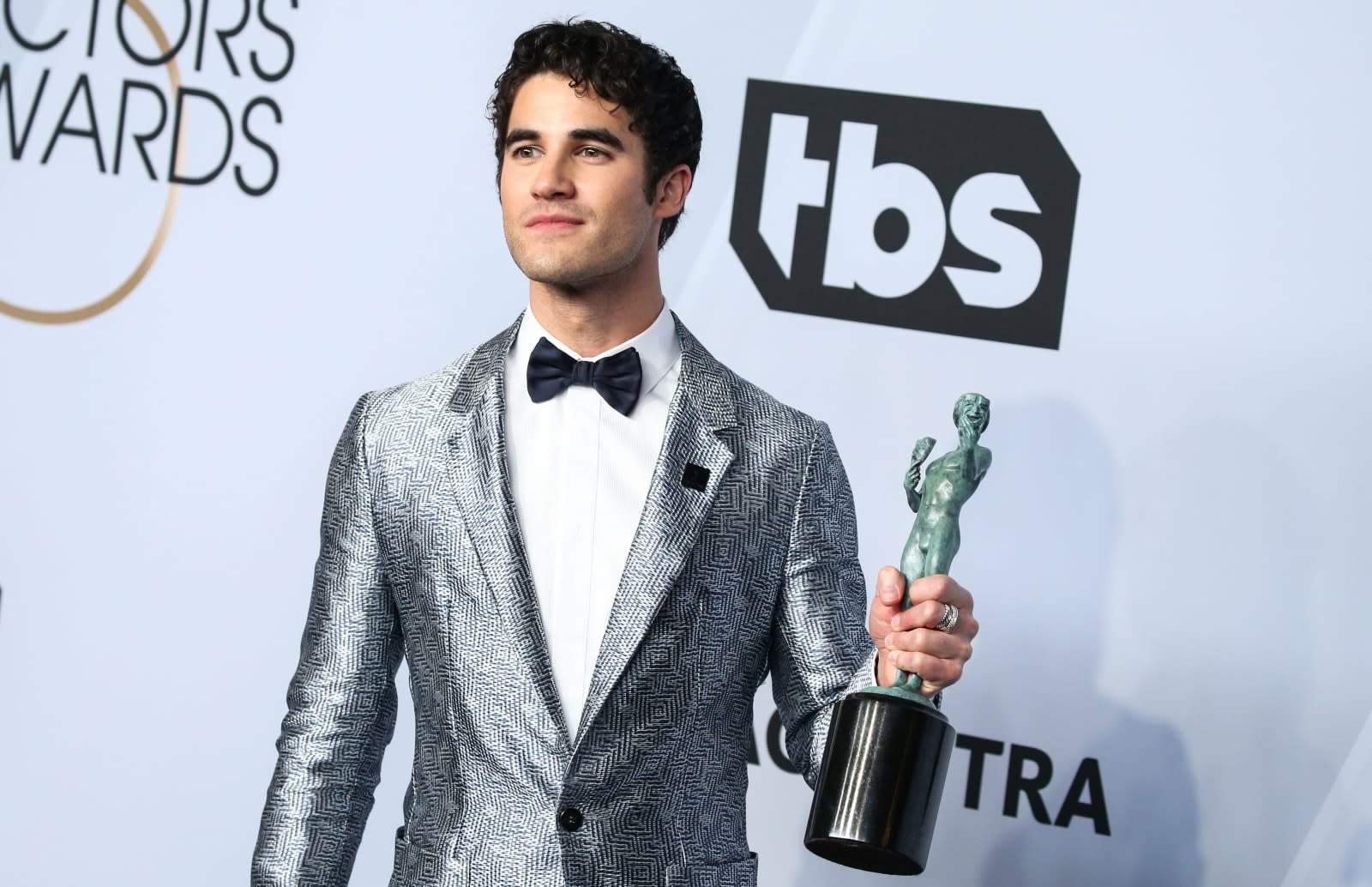 Ryan Murphy is teaming up with frequent collaborator Darren Criss for his first Netflix original. Criss will executive produce and star in Murphy's upcoming series Hollywood, which the showrunner described as a "love letter to the Golden Age of Tinseltown." While you can watch Murphy's other shows on the streaming platform, Hollywood is his first original under the overall nine-figure deal he signed with the company. Both The Politician and Ratched, which are available on Netflix, were part of his deal with 20th Century Fox TV.

Criss previously worked with Murphy in Glee and American Horror Story. They also worked together in The Assassination of Gianni Versace: American Crime Story, which won the actor an Emmy and a Golden Globe, among other awards, for his portrayal of Andrew Cunanan. In his Instagram post, Criss revealed that he and Murphy have been working on Hollywood since late last year. The show will apparently be a limited series set in the '40s with a streaming date scheduled for May 2020.

Honored to say that I'm heading back to the House of Murphy where I'll be starring in but also executive producing HOLLYWOOD with Time's King of Television. Late last year, @mrrpmurphy and I had dinner where he shared that he wanted to do a period piece that was young and optimistic. We landed on the idea of a series covering several narratives from 1940s Hollywood. We both left that evening feeling super excited about its potential. Two days later Netflix bought it. Not only is that a testament to the magic of Ryan Murphy, it's a reminder of the kind of thing that can only happen in Hollywood...literally. Limited Series coming to @netflix May 2020.

In this article: Darren Criss, entertainment, Hollywood, internet, Netflix, Ryan Murphy
All products recommended by Engadget are selected by our editorial team, independent of our parent company. Some of our stories include affiliate links. If you buy something through one of these links, we may earn an affiliate commission.