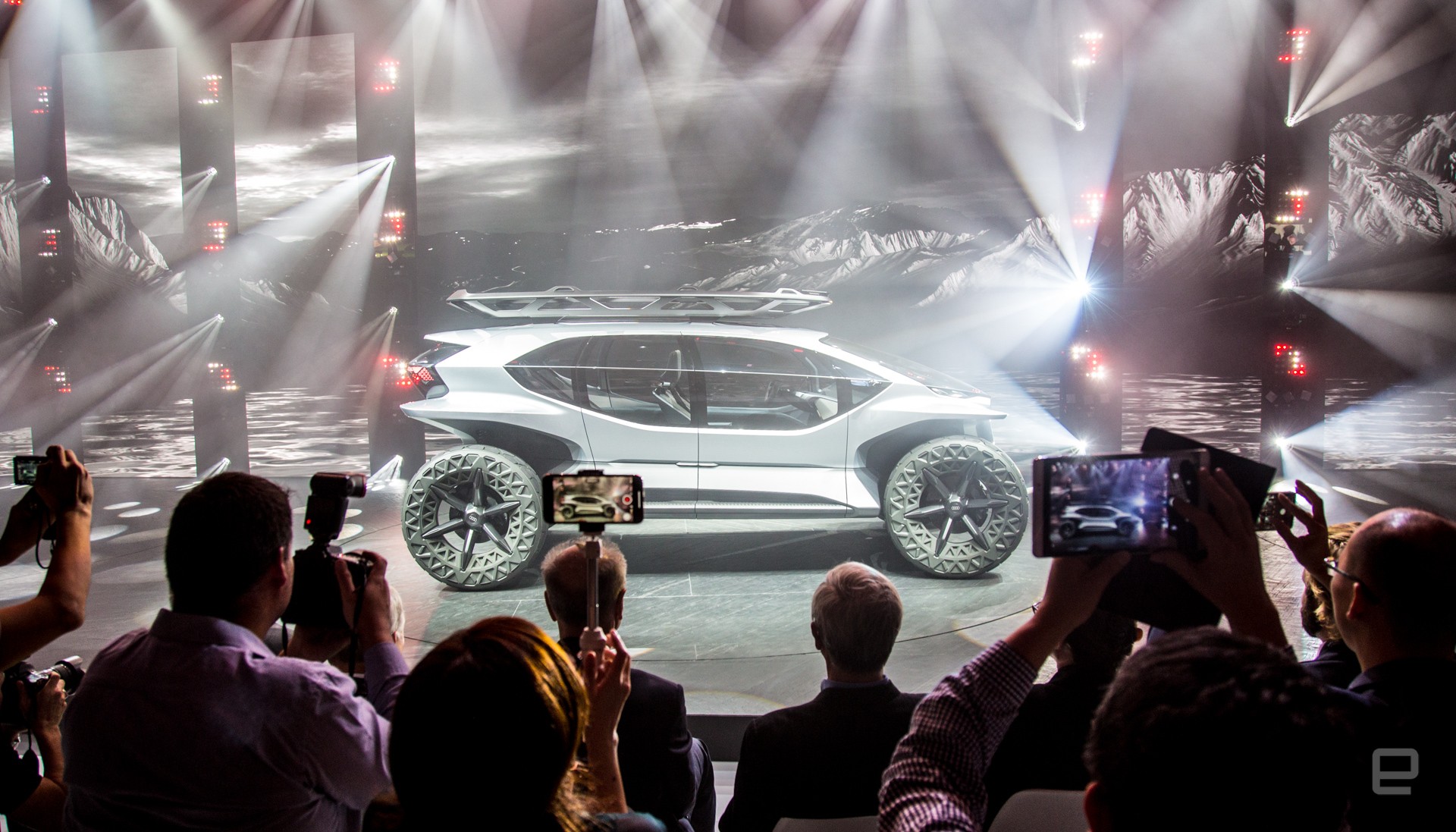 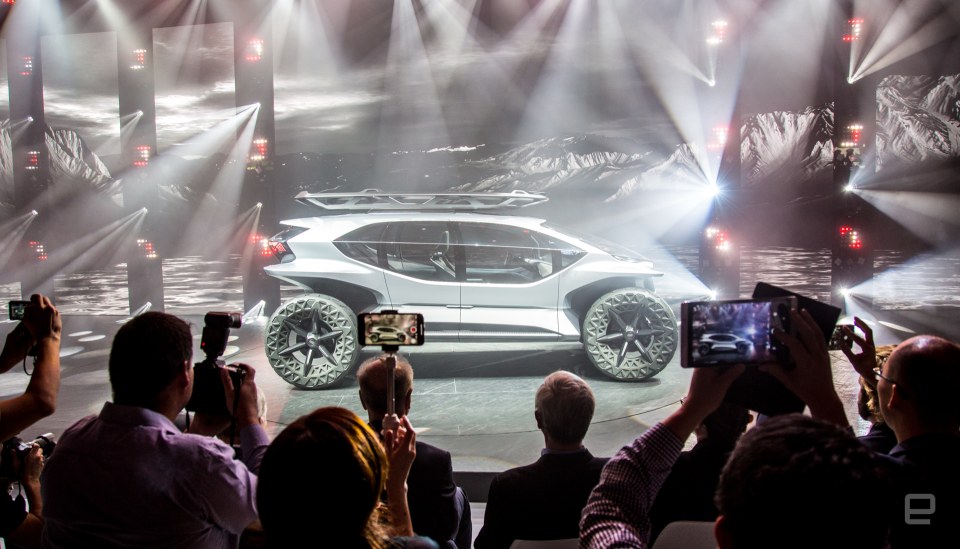 Concept cars are a dime a dozen. Concepts that are built specifically to be taken offroad, those are a special breed of fun. At Frankfurt International Auto Show Audi unveiled the AI:Trail concept. 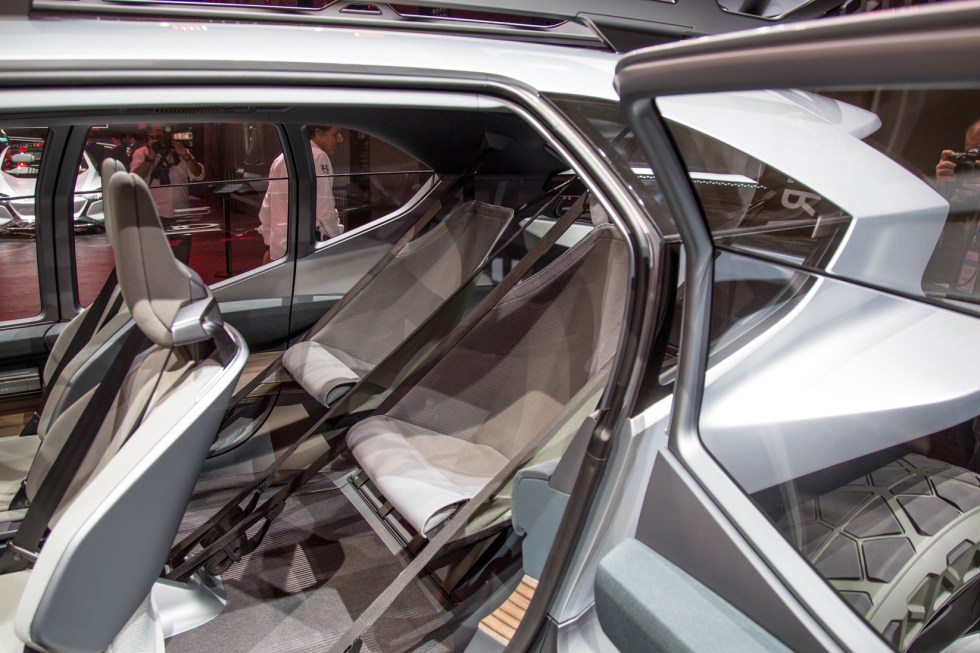 "The design is more than just a shape, it's an attitude," said Marc Lichte Audi's head designer.

No word on things like range or battery size. Of course, it's a concept car, so none of these numbers really matter all that much. What's important is that hopefully, Audi takes some design and powertrain cues from the AI: Trail and builds something like it. Sure the Q line is nice, but it's not exactly what you would call rugged.

To remind us that we probably won't see it in showrooms anytime soon, Audi added some weird features to the vehicle.

"We replaced the headlights with five drones that fly ahead and illuminate the road," Lichte said. While trusting drones to keep you on the road in the dead of night seems sort of insane and will never make it into production, it's still a fun way to look at the world.

But before you dismiss the idea outright, Audi's chief of lighting design, Cesar Muntada explained that the lights would create a sort of dome of illumination around the car instead of piercing the night. Also, those drones could follow you after you leave the vehicle and light-up the world around you.

Meanwhile, the rear seats are a hammock. Another crazy idea but one that's a bit more comfortable for passengers.

To keep the fun theme moving, Audi also announced that its E-Tron electric scooter (the push kind not the "Vespa" kind) will launch next year. I rode one in Los Angeles and it was fun, but also a bit scary because Los Angeles' downtown traffic is very aggressive.

Sure Audi is about performance and luxury, but I'm digging the fun angle they're showing off at the Frankfurt show.

In this article: AI:Trail, business, design, FrankfurtMotorShow2019, gadgetry, gadgets, gear, green, tomorrow, transportation
All products recommended by Engadget are selected by our editorial team, independent of our parent company. Some of our stories include affiliate links. If you buy something through one of these links, we may earn an affiliate commission.