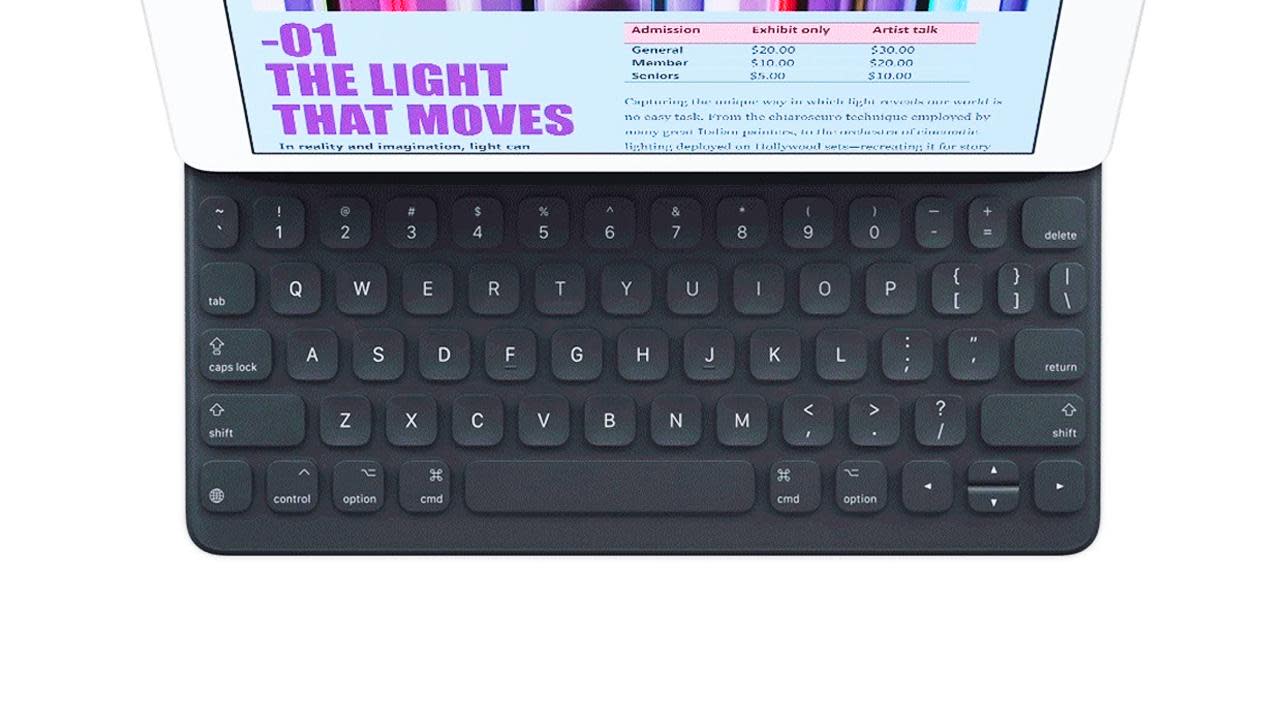 When Apple announced a new base model iPad with a larger screen and a smart connector, I was hooked. I've been fixated with buying a new iPad precisely because of the smart keyboard folio, but it's been a little pricey. For me, that one accessory is transformative, turning a tablet into a pure writing machine, and if it was affordable, all the better. Apple wants to charge you $159 for a $329 tablet's keyboard.

A couple of years ago, I borrowed a first-generation iPad Pro, with their smart keyboard folios and pencils, to see if they could replace a laptop. Nothing I do here at Engadget requires a lot of brute force computing power, but it does demand versatility. I need to get in, write a document, edit some photos, and get it all published to our ancient CMS for the world to read.

For this specific use case, it worked well, and iPadOS has fixed most of the issues I griped about in that original piece. It now has a desktop-class browser and supports Bluetooth mice, so it's something I could see myself using instead of a laptop. It has one great perk, too: It's a perfect distraction-free writing machine.

I'm not going to spend a grand on an iPad Pro and keyboard, because I don't need it to replace my laptop, just supplement it. That's why the new $329 base model, with its older A10 chip and Lightning port would make sense for me. I don't need the bells and whistles that come from the more premium models, but I do want that form factor to be my most portable work machine.

And that's where the cost issue comes in, because Apple is still expecting laptop money for a machine that's not quite there. Maybe you don't get why I'm so attached to Apple's own keyboard over a cheaper, third-party option -- a lot of my colleagues don't. Logitech makes a case that's well-regarded by plenty, including our friends over at The Wirecutter. But Logitech's alternative isn't as elegant.

I'm still resentful that Apple knows that keyboards make iPads genuinely useful, but won't sell them bundled as one unit.

The keyboard folio is also the only place where Apple's blighted butterfly switches make sense. The keys are covered by the rubberized surface, meaning there's little to no risk of debris gumming up the mechanism. It's also as flexible as Apple's other iPad cases, and it's always on, with no fretting over battery life or connectivity. The kick of being able to flip one out and get working almost instantly is a great perk.

I can't get over how Apple can charge almost half as much again to make sure that the iPad becomes a useful tool. The $329 base model is also marketed as a tool for education users, so why not make a cheaper, more affordable keyboard to go alongside? The cynic in me knows that it's because Apple need to keep the average selling price of its hardware high. The average price for an iPad is $463, more than the base model iPad sells for.

It's just a little bit too nickel-and-dime from a company that's gradually becoming infamous for nickeling-and-diming its customers. A couple of bucks for a headphone dongle here, a couple of bucks for a Lightning to USB-C adapter there. It all adds up -- and with this iPad, it's a bit too much for me.

In this article: AOLoriginals, apple, daily show, editorial, engadget, Engadget Today, engadget video, entertainment, gear, iPad, iPad Pro, iPhone2019, personal computing, personalcomputing, Smart Keyboard Folio
All products recommended by Engadget are selected by our editorial team, independent of our parent company. Some of our stories include affiliate links. If you buy something through one of these links, we may earn an affiliate commission.