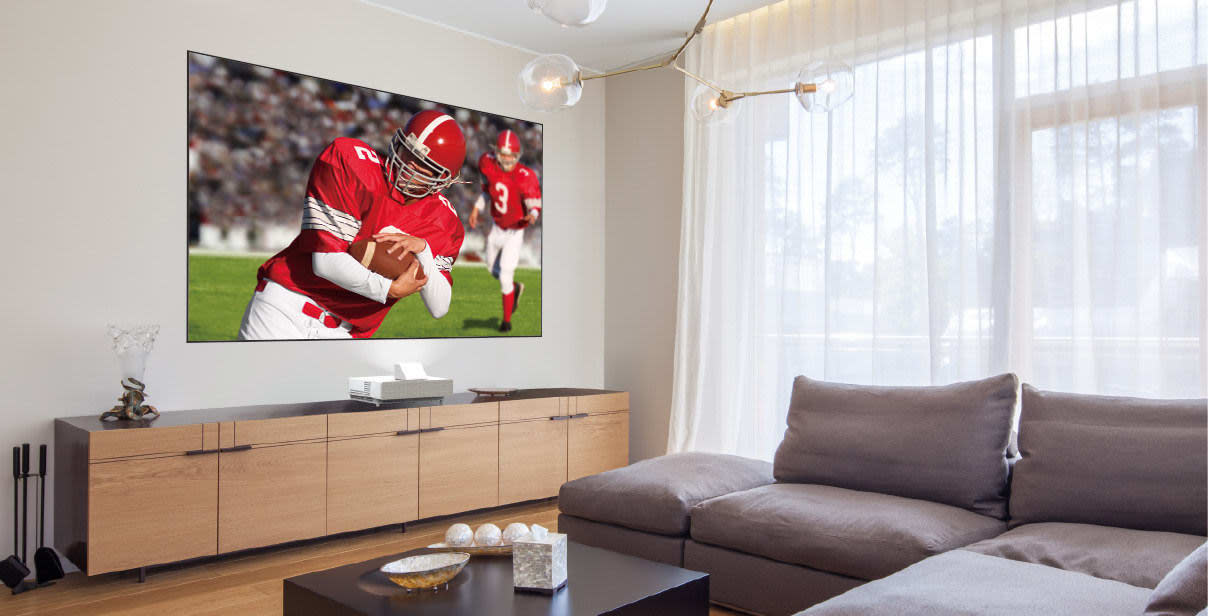 If you're interested in a projector but you're fed up with washed out colors when you watch during the day, Epson might have the solution. The newly announced LS500 Laser Projection TV comes with a special screen to improve the viewing experience in ambient light.

It comes in two sizes, with a 100-inch model that will cost $5000 and a 120-inch model that will be $6000, putting them in the same realm as LG's Cinebeam Laser 4K projector. The Epson has one big advantage over the LG though: that anti-reflection screen which is specially designed for short-throw projectors.

Epson describes the screen as "ambient light rejecting", meaning it'll bounce light coming from inside the room away to give more vivid colors and deeper blacks even in lighter environments. That's mitigating one of the biggest disadvantages of projectors compared to traditional TVs.

By contrast, DLP projectors from the likes of BenQ do pixel shifting four times, putting the same number of pixels on the screen in the same amount of time as a true 4K Projector. With Epson's projector, however, there shouldn't be a difference that most people notice between this and true 4K, and Epson says the projector is fully compatible with 4K content.

The LS500 will be available in the first quarter of 2020 and will come in black or white.

In this article: gadgetry, gadgets, gear, lg, LS500, short throw projector
All products recommended by Engadget are selected by our editorial team, independent of our parent company. Some of our stories include affiliate links. If you buy something through one of these links, we may earn an affiliate commission.