The cameras on our phones keep getting better, and we keep taking more and more pictures. That presents a challenge for for Apple and Google: how to surface the best moments out of the thousands of photos we shoot every year? iOS 13 has a new intelligent view that shows users highlights from any day, month or year, and now Google's making some changes to its Photos apps to help people see meaningful pics from the past. Unsurprisingly, the new feature is called Memories, and it uses the popular "stories" format you'll see in Snapchat and Instagram to show you photos from your past.

The first thing Google stresses is that while this feature resembles stories that you'll see on social media sites, these images are your personal media, presented privately. The stories-style Memories will show up at the top of your gallery, sitting above your most recent photos. There's an icon to tap and get photos from years past, showing you some of the best shots you took on that given day.

Naturally, Google is using machine learning to surface the best shots out of many duplicate images you might have taken at any given time, so you're not presented with six different versions of the same image. Google also tactfully notes that you "might not want to revisit all your memories," so you can hide specific time periods or people, or turn the feature off entirely.

Google Photos already had a nostalgia-inducing "on this day" feature that lives under the "Assistant" tab. There, you'll often get a "rediscover this day" prompt that includes a collage image of your best shots from a certain day as well as a curated selection of pictures you took for further browsing. This new feature sounds similar, but it'll encompass multiple years and will be right up front in your photos area.

Google is also making some changes to the Photos app's sharing features. Rolling out later this year is a new messaging-style interface for photo sharing. It sounds like it'll be similar to Instagram direct messages, where you can have an ongoing, private conversation with someone and see all the pictures you've shared over time. This works with a single individual or groups, and you'll be able to pull in images straight from the new Memories feature into these conversations. 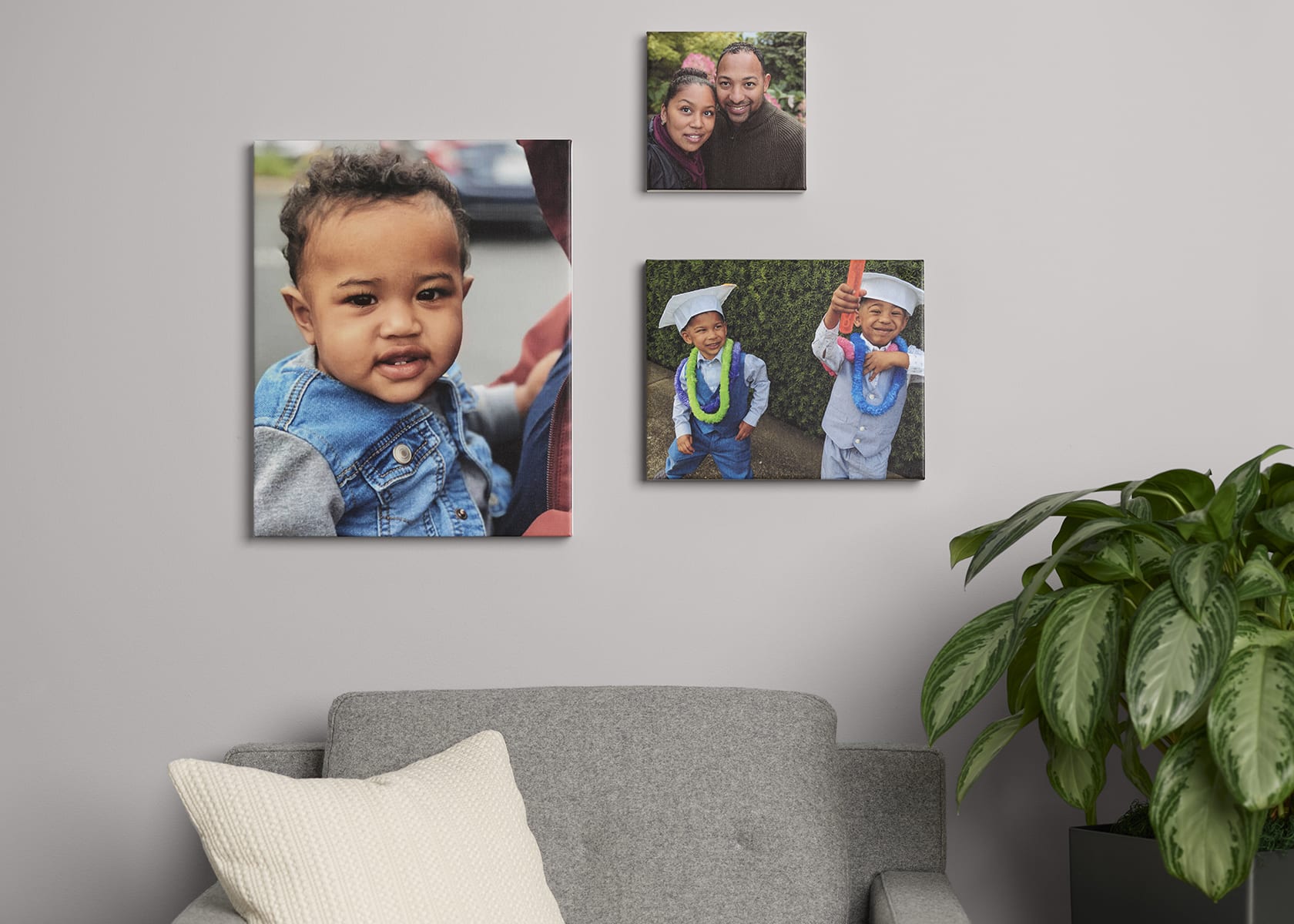 Finally, Google Photos is getting some new IRL sharing features. As of today, you'll be able to order 4" x 6" prints and pick them up the same day at Walmart and CVS locations around the US. Prints start at 25 cents apiece, and it's not clear yet if there's a discount depending on how much you order. Photo will also let you order large-format canvas printouts that will be delivered to your home. They start at $19.99 and come in three sizes: 8" x 8", 11" x 14" and 16" x 20". Just as Google Photos will suggest albums that you can print out into photo books, it'll also suggest images that it thinks will work particularly well on a canvas.

All of these new features, aside from the new photo messaging tool, are available today on both iOS and Android. There's no word on when the new sharing interface will roll out outside of "the coming months." Between story-style messaging and memories, it's clear that Google's taking a page out of Instagram's playbook here -- and given how dominant Instagram is right now, it's hard to fault them for copying some popular features.