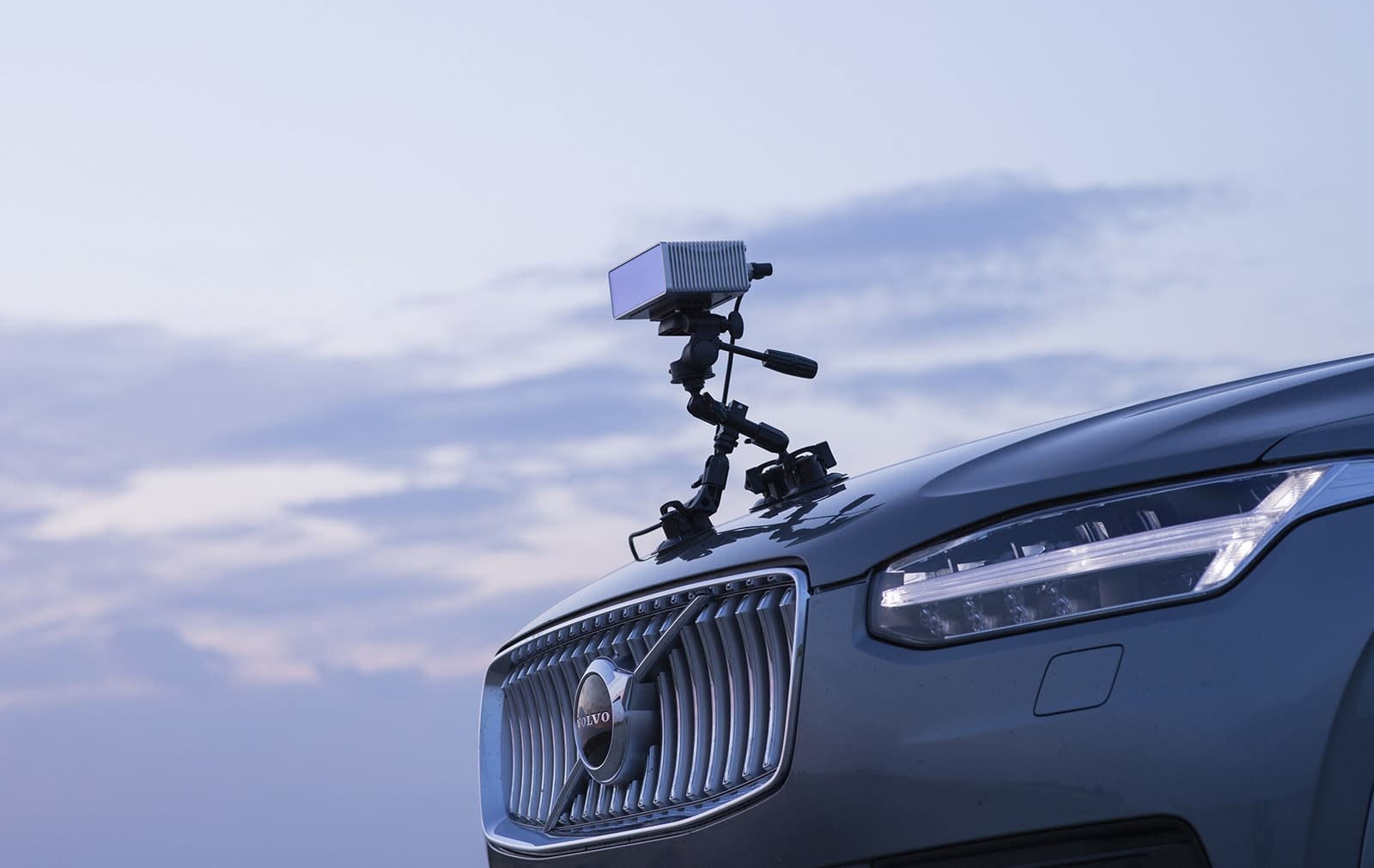 Outsight, a new company co-founded by former Withings CEO Cedric Hutchings, has unveiled a self-driving car camera with new types of sensing powers. The company's 3D Semantic Camera uses low-power shortwave infrared (SWIR) lasers that can scan hundreds, rather than tens of meters ahead like LiDAR. Combined with the company's algorithms, that allows it to not only "see" the full environment in real time, but pick out materials like ice, cloth and skin.

That means the camera can safely detect pedestrians or ice on a road, allowing self-driving systems to slow down or apply the right amount of braking to avoid a skid, for instance. That would be a big help to self-driving system, which often don't work well in bad weather. The SWIR tech can also detect cars, signs, traffic lights, animals, cyclists and other objects.

In one example (below), the company showed that its 3D Semantic Camera could distinguish between a real person, a dummy with clothes and a cardboard cutout. As it points out, regular 2D detection systems would see a human in all three cases. In previous demos, Outsight (formerly Dibotics) showed how its system can pick out roadside objects like parked cars, traffic lights and vegetation in real time.

SWIR tech is a big part of Outsight's 3D Semantic Camera, but the software and hardware is equally important. Most self-driving systems feed LiDAR and other camera and sensor data to powerful computers, which use AI to detect what an object is and what it means. That requires onboard AI systems that can fill a trunk, or cloud computing that requires a high-speed wireless data connection.

However, Outsight's sensors can do much of the detection work, so it doesn't need machine learning to detect objects. Rather, it uses a simple "3D SLAM" (simultaneous location and mapping) system-on-chip system which heavily reduces computing requirements and power consumption.

The extra range of the system also means it can build a picture of its environment in real time, without the need for a large database. Outsight said the system "provides the position, the size and the full velocity of all moving objects in its surroundings, providing valuable information for path planning and decision making."

Outsight, founded by Hutchings and Balyo founder Raul Bravo, revealed its new 3D Semantic Camera tech at the vehicle automation and self-driving show Autosens. It's currently in the process of developing the tech with key providers in the automotive, aeronautics and security markets.

In this article: 3DCamera, 3DSemanticCamera, 3DSlam, AutonomousVehicles, cameras, CedricHutchings, gear, Outsight, Self-driving, transportation
All products recommended by Engadget are selected by our editorial team, independent of our parent company. Some of our stories include affiliate links. If you buy something through one of these links, we may earn an affiliate commission.