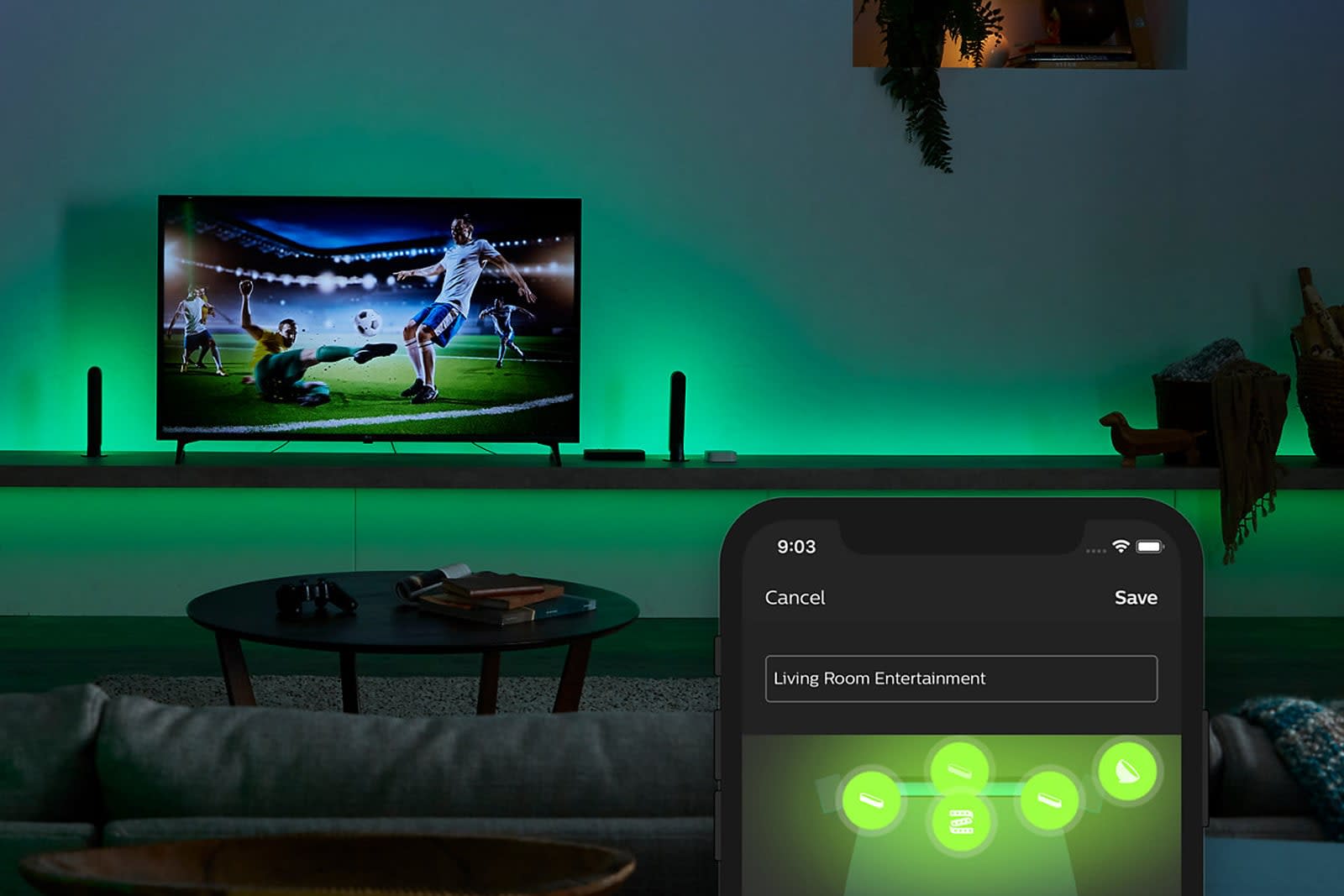 It's been a long time coming, but there's now an easy way to sync your Hue lights with your TV no matter what's on-screen. Signify has introduced a Philips Hue Play HDMI Sync Box that (as its name implies) controls your smart lights based on whatever the video source might be, whether it's a game console, a Blu-ray player or a streaming media service. It's automatic and reportedly lag-free, and you can dial down the intensity so that it won't produce a dramatic light show when you're just watching a sitcom.

It's been possible to sync Hue lights with TV content before, but they've typically required canned light sequences specific to a given game or show. The HDMI Sync Box is a much more universal solution, even if it doesn't have the precise moment-to-moment control of a script.

The box goes on sale October 15th for $230. You might want to hold off if you're an HDR enthusiast, though. The Verge warned that the box only supports HDR10 out of the box. If you want HDR10+ or Dolby Vision, you'll have to leave those out of the loop. That's not necessarily an issue depending on your gear (the PS4 outputs in HDR10, as an example) -- it's just something to consider before you go all-out on a Hue setup that might require compromises.

In this article: av, gaming, gear, hdmi, hdmi sync box, home, hue, hue play, hue play hdmi sync box, lighting, lights, philips, philips hue, signify, television, tv, video
All products recommended by Engadget are selected by our editorial team, independent of our parent company. Some of our stories include affiliate links. If you buy something through one of these links, we may earn an affiliate commission.